Trump Glad He Called John McCain A Loser, Everything Was Beautiful And His Polls Went Up 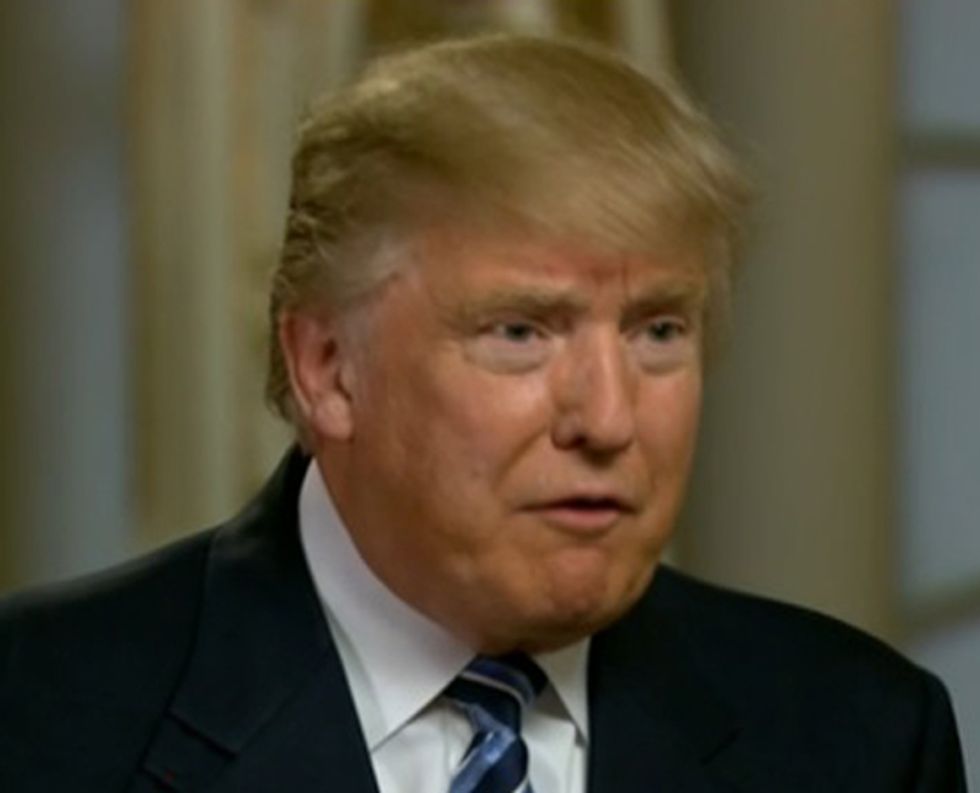 Donald Trump knows that running for president means you never have to say you're sorry, especially if you're Donald Trump. In a chat on "Imus in the Morning" Wednesday, radio hemorrhoid Don Imus asked Trump if he would consider apologizing to POWs for his July 2015 comments about preferring "people that weren’t captured," and Trump explained he didn't see any need for that sort of empty gesture:

“Well I’ve actually done that, Don,” Trump replied. “You know frankly, I like John McCain, and John McCain is a hero. Also, heroes are people that are, you know, whether they get caught or don’t get caught -- they’re all heroes as far as I’m concerned. And that’s the way it should be.”

Just for the hell of it, we did a bit of quick Googling to see when Trump actually did that, and darned if we could find any articles about Trump apologizing to POWs -- lots of pieces from July with McCain demanding an apology to POW families, and also about McCain's call on CNN Sunday for Trump to apologize to POWs. But as far as Trump actually having done that, not so much. We did find a Buzzfeed piece from March where Trump insisted to the father of a soldier captured and killed in Iraq that he'd never said that people who get captured aren't heroes -- "Oh, no, no, no, I never did that" -- which is true. He just said McCain wasn't a hero, and then that he was "a war hero because he was captured. I like people that weren’t captured, okay?" So not the same thing at all, and no further apology needed, not that Trump ever actually apologized (if he did, let us know and we'll update).

So there's a surprise, Donald Trump trying to have it both ways. Imus asked, "So do you regret saying that?"

“I don’t, you know -- I like not to regret anything,” Trump said. “You do things and you say things. And what I said, frankly, is what I said. And some people like what I said, if you want to know the truth. There are many people that like what I said. You know after I said that, my poll numbers went up seven points.”

“You understand that, I mean, some people liked what I said,” added Trump. “I like John McCain, in my eyes John McCain is a hero. John McCain’s a good guy.”

Apart from how McCain also needed to apologize for all the awful nasty things he said about Trump last summer, when Trump wrote on Facebook,

I am not a fan of John McCain because he has done so little for our Veterans and he should know better than anybody what the Veterans need, especially in regards to the VA. He is yet another all talk, no action politician who spends too much time on television and not enough time doing his job and helping the Vets.

Besides, did you see how great Trump's poll numbers were? Why would he need to apologize if his numbers are up? Do people not understand how morality even works anymore?

Imus pointed out that while he certainly intends to vote for Trump, maybe it's a little tacky for a guy with a lot of student deferments to be criticizing a Vietnam War POW for having made the mistake of getting caught. Trump didn't take the bait, of course, merely confirming, "I understand that. Well, I was going to college, I had student deferments. I also got a great lottery number," and going on to explain that he HAD done his part in the war effort, by building a Vietnam War Memorial in New York City. Or at least he was the co-chair of the commission for the thing, even if he only attended a few of the meetings. Still, he did his time in the 'Nam, not to mention his military service in prep school, and we're sure all the vets appreciate it.

Plus, did you see the lousy poll numbers that war got? Terrible!