It has been easy to forget, with ComeyMemoTrumpPeeHookerRussiaMoneyLaundering-a-Lago, that there are many ways for President Donald Trump to fuck up the country besides some itty-bitty obstruction of justice. For instance, he is still dismantling the State Department and EPA pretty good! And Homeland Security -- well, just today, its Immigration and Customs Enforcement (ICE) announced that in the past 100 days it's arrested more than 10,000 immigrants whose only crimes were "taking their American-born children to school."

SAY! You know who else likes to arrest people who haven't actually committed any crimes? Milwaukee Sheriff David Clarke! Let us remember!

That's right. In addition to being a fascist, Milwaukee Sheriff David Clarke is a pre-cog. And now? He's just been appointed the Assistant Secretary of Homeland Security!

First Sheriff Clarke will make the Homeland more Secure by trying to incite riots among people who have asserted their Constitutional right to Peaceably Assemble! 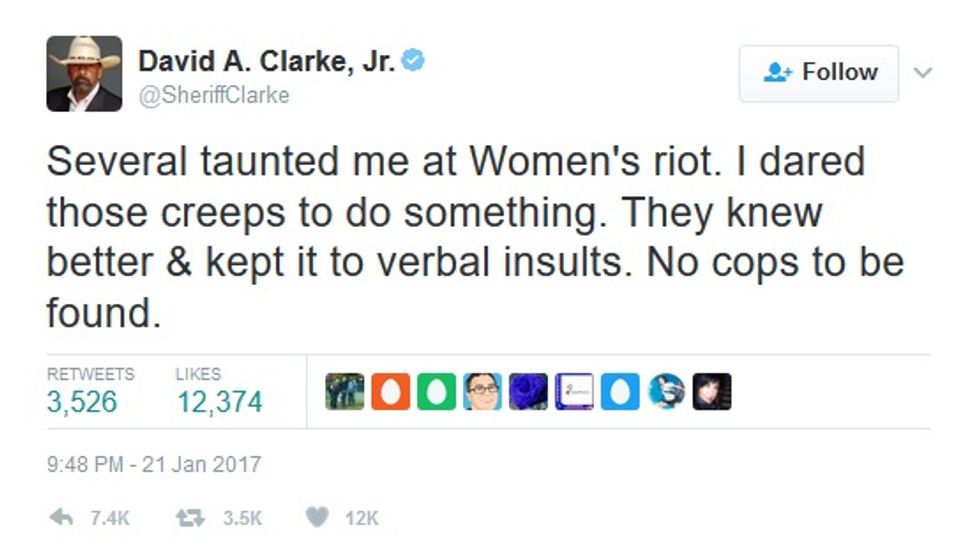 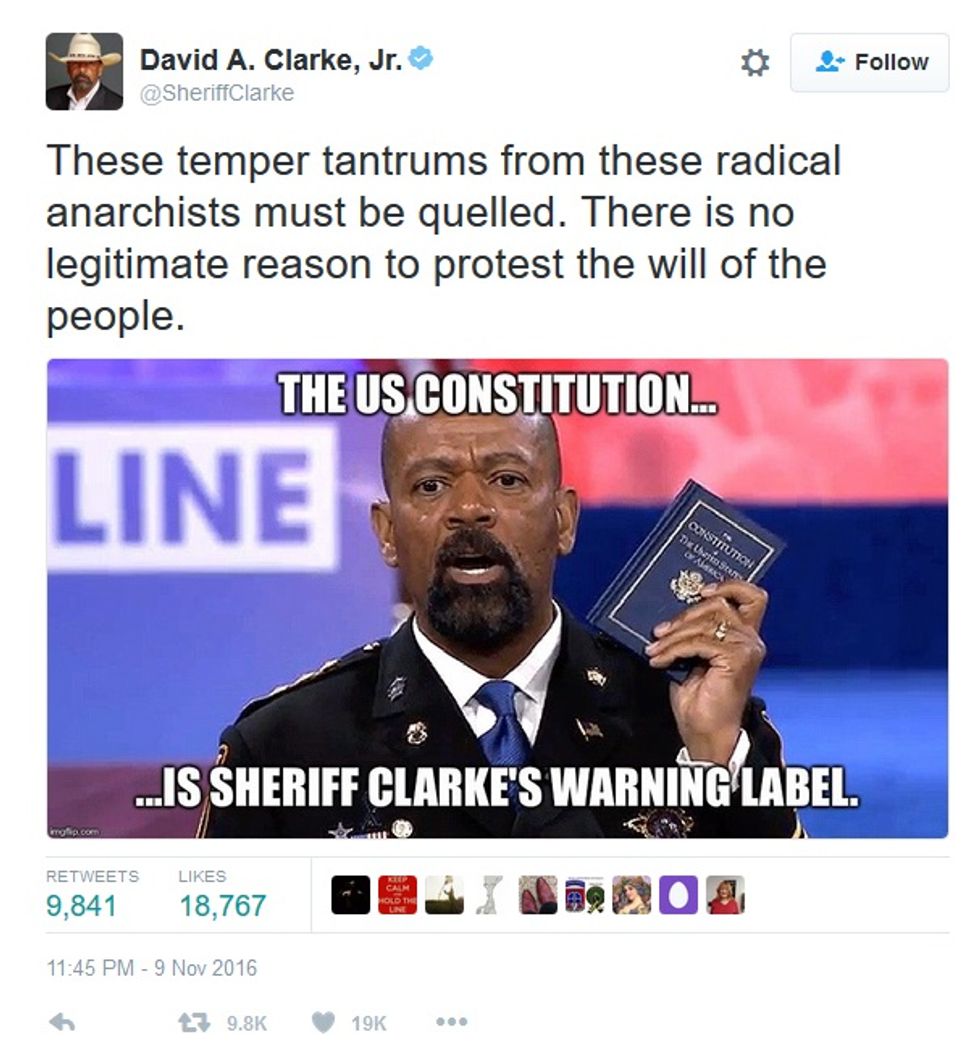 Then Sheriff Clarke will Make America More Greater Than Before Again by arresting people for crimes they have not committed. (See above, dummy.)

And then, for the piece de #resistance, when you are locked up in your ICE jail, he will turn off the water in your cell until you actually die of thirst. Unless you are a baby, in which case you will just die of something else, who knows, you were born to a woman in jail so what was Sheriff David Clarke (who OBVIOUSLY is pro-life) supposed to do, GIVE YOU MEDICAL CARE WHEN YOU WERE BORN?

[Attorney Jason Jankowski] wrote in the notice of claim that Swayzer told a corrections officer her water broke and she was going into labor, but the officer laughed and ignored her. Swayzer said she told the officer that she was going into labor around midnight, gave birth at about 4 a.m., and finally received attention from officers at 6 a.m. Her child was pronounced dead later that day, although it’s unclear at what time. 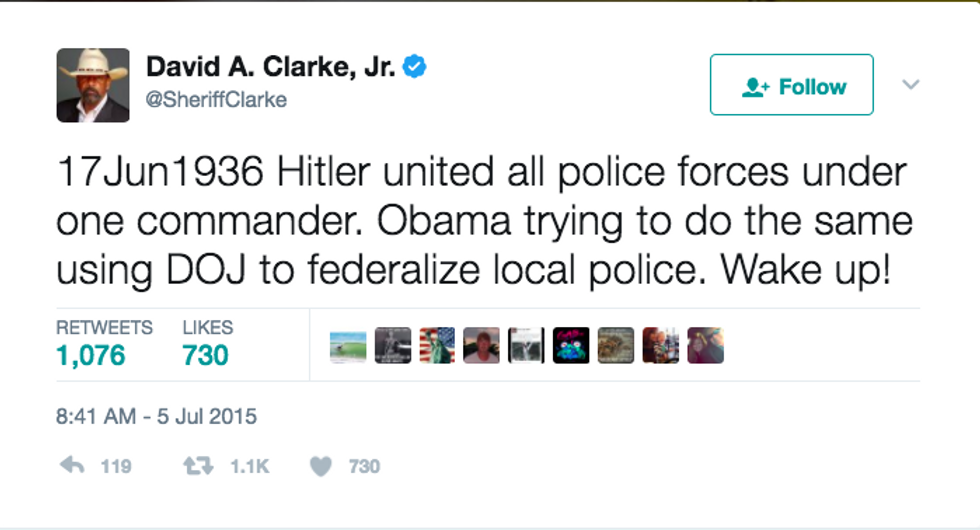 so by the Immutable Law of Trump-Related Tweetery, that is going to be his exact job:

He will work in the department's Office of Partnership and Engagement as a liaison with state, local and tribal law enforcement and governments. [...]

Clarke said one of his responsibilities would be to "take complaints of shortcomings in the Department of Homeland Security."

"They feel like they're being ignored," Clarke said of his counterparts in local law enforcement.

Wonkette is ad-free and gonna throw up. Please throw us a bone.

Meet Dennis, The Iowa GOP-er All Buttered Up About Boner Fraud. Dennis Is Weird.