Trump Judge Nom Wendy Vitter: Was Segregation BAD? That Is For Her To Know And To Also Not Tell You! 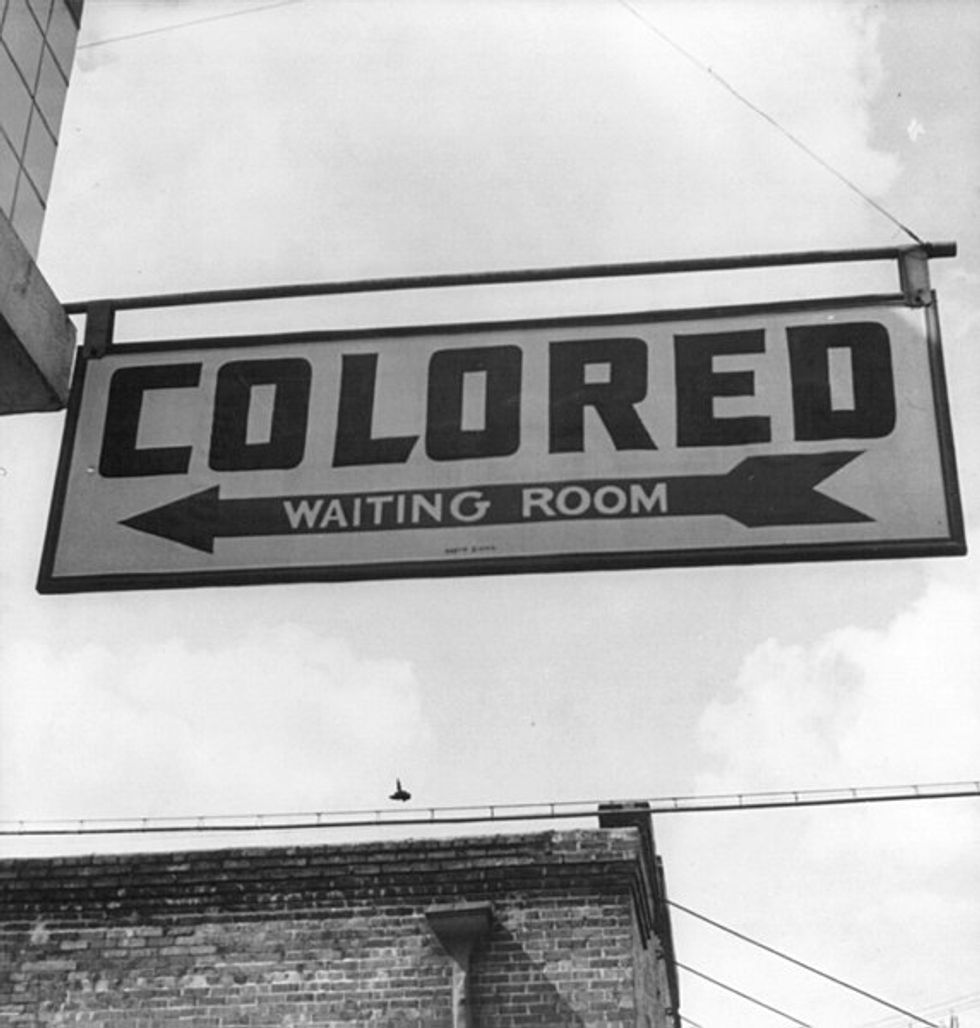 Oh, hai. Do you remember when we decided that Jim Crow was bad and black people having rights is good? Well, don’t bother asking Trump judicial pick Wendy Vitter, nominated to a lifetime appointment at the District Court for Eastern Louisiana, a damn thing about her opinion on Civil Rights legislation. She is not here to tell you what she thinks about Brown v. Board of Education, she just wants the power to make decisions about your rights. And before you ladies get comfy thinking this is just about segregation and stuff, she also wants you to beware of Planned Parenthood.

Did you know that Planned Parenthood kills over 150,000 females per year?? Neither did we, but Wendy Vitter managed to pull that inexplicable number out of her ass and we are still not sure wtf she was talking about. Her refusal to give her opinion on abortion during the hearings is understandable, as she is a fascist forced birther and an anti birth control nazi. (She said using birth control gets women assaulted and murdered, so ... WHAT?) But why the fuck is she in secret squirrel mode about Jim Crow?

What is it about Civil Rights that caused Wendy Vitter to take a vow of silence? Senator Richard Blumenthal asked her several times and she just kept pretty much pleading the Fifth. Is there something about the idea of black and white children going to school together that she needs to meditate on for a while? Reading the words of Chief Justice Warren, I am not finding the controversy in anything he said.

We conclude that the doctrine of 'separate but equal' has no place. Separate educational facilities are inherently unequal." —Chief Justice Earl Warren

Who in their right mind can’t just go along with that? Most normal humans can say, "I think segregation is bad." But not Wendy Vitter! She is worried that if she tells you Jim Crow is bad, she might have to tell you that other things are bad, and that's a 'slippery slope' of bad bad bad.

Now, this is not the first time a Republican has had a problem with Civil Rights this decade; we all remember when Rand Paul wasn’t quite happy with the idea of forcing businesses to serve ALL of the public. But we expect insane shit from "Rand: Son of Ron" after that Aqua Buddha phase he went through in college. I will not bring up the lawn dispute because I am a very kind person.

I will bring up though her husband wearing that diaper. It really just has to be done.

Nevertheless, this is a muthafucking JUDICIAL NOMINEE for a LIFETIME appointment. I mean, it is not like she will go the fuck away after Trump retires, quits, gets impeached, or fakes his death, so, it would totally be nice to know if we should prepare ourselves for separate fountains.

Wendy Vitter wants you hysterical women and dark folks to calm the fuck down right now. Sure, it is concerning as fuck that she refuses to agree with the very legal decisions that bestowed your lovely rights upon you, but it doesn’t mean she plans on taking your rights away. She promises, pinky swears to Jesus, that she will follow the Supreme Court and uphold all laws. And since we know how trustworthy the GOP is, it’s obviously time to panic. Like right now. Right fucking now.

With the GOP fully in control of the Senate (51-49), and no filibuster on judicial nominees, it is likely that she will be confirmed with no problem. Knowing the GOP and Trump, there are many more Wendy Vitters just waiting in the wings for a chance to not tell whether they miss segregation.

Wonkette is ad-free and supported ONLY by readers like YOU! Help us pay the lady please!