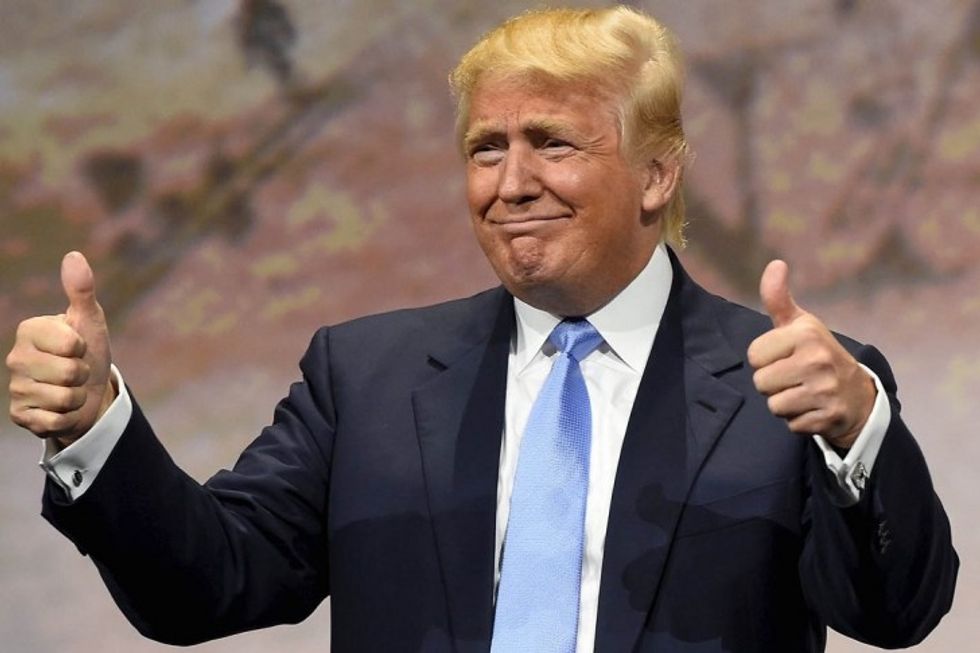 Sounds like decades and decades of probably not having as much money as he says he does -- though Maggie Haberman was claiming he's RICHER THAN HE SAYS as far back as 2011 -- are catching up with Donald Trump, as he is now poor. Oh, it's not because of all the legal fees from the Russia investigation. As he has done for most of his career, he is paying those with other people's money.

The new Forbes 400 is out, and Donald Trump has dropped from #1 to HAHAHAHA JUST KIDDING that pussy has never cracked the top 50. He's dropped 92 spots to #248, which is weak and sad and the opposite of yooge. How much more embarrassing than usual it must be for him to look in the mirror right now!

Here is why Forbes says Donald Trump is a common pauper, a pathetic loser with tiny hands who is only a three-billionaire these days:

A tough New York real estate market, particularly for retail locations; a costly lawsuit and an expensive presidential campaign all contributed to the declining fortune of the 45th president.

PFFFFFFFFFFFT, take a hike, Forbes, let's just cut the shit and say Donald Trump is bad at money. As CNN notes, "the richest Americans are richer than they were a year ago," but not Donald Trump!

The top ten this year is pretty much the same list as always, just jumbled around a bit. You've got the Silicon Valley guys, the Koch brothers, Michael Bloomberg and Warren Buffett. All of these men are capable of doing that trick where they magically discover a quarter behind your ear, whereas Donald Trump is likely not, because of the poverty.

The following WOMEN have more money than Donald Trump, and we will list them here for reasons we can't even imagine:

Maybe one of those ladies could teach Donald something about the Art Of The Deal if they feel like it, oh fiddlesticks, they probably don't.

In related news, Ivanka Trump and Jared Kushner-Trump are also poor now, because they got charged $400 in fines for continually fucking up their financial disclosures.

All of this is heartbreaking and we are sad for the Trump family. If they're behind you in line at the McDs, please do a mitzvah and buy them one of those nasty Apple Pies, and if they say they want to order something different, remind them beggars cannot be choosers.