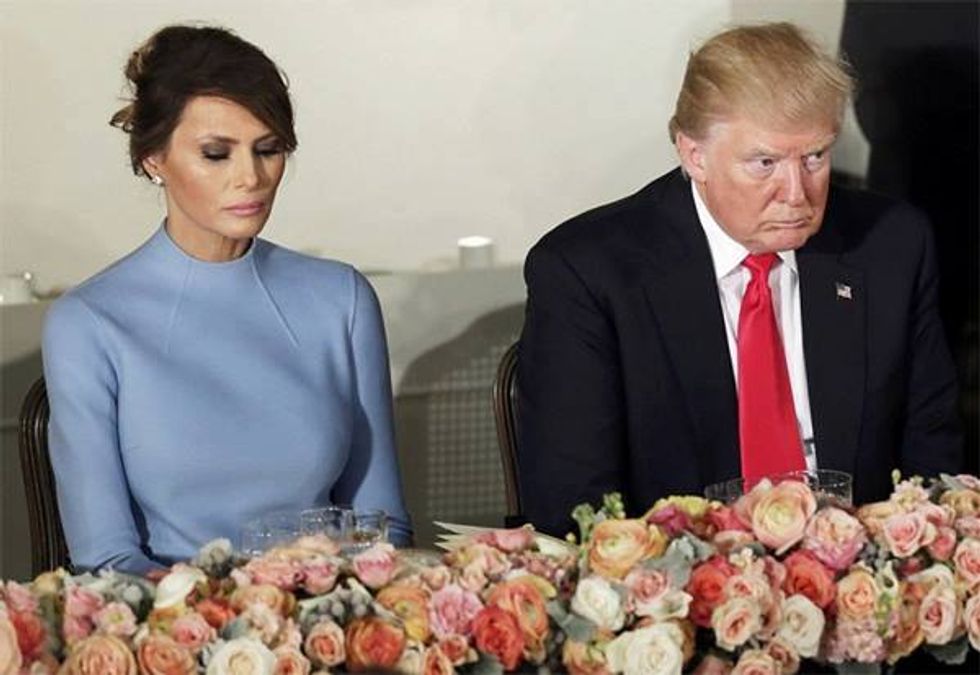 The New York Times, for all its post-Jill-Abramson fuckery, has a pleasure of a story for us today, and it includes charming anecdotes about

See what we mean about charm and delight and ROTFL LOLOLOLOLOL? But oh, there is more.

Until the past few days, Mr. Trump was telling his friends and advisers that he believed the opening stages of his presidency were going well. “Did you hear that, this guy thinks it’s been terrible!” Mr. Trump said mockingly to other aides when one dissenting view was voiced last week during a West Wing meeting.

But his opinion has begun to change with a relentless parade of bad headlines.

Not to mention the relentless parade of actual paraders, at the White House and at Trump Tower and at the airports and at Mar a Lago ...

Trump protest in West Palm Beach. They are marching all the way to Mar-a-Lago where the Pres is staying this wknd. pic.twitter.com/f1XWErkiJS

Ah, but here is the best part, besides the catty-bitch aside about how President Can't Read was perfectly content to look at pictures of window treatments for the Oval Office for hours:

[F]or the moment, Mr. Bannon remains the president’s dominant adviser, despite Mr. Trump’s anger that he was not fully briefed on details of the executive order he signed giving his chief strategist a seat on the National Security Council, a greater source of frustration to the president than the fallout from the travel ban.

Wait, what was that? Let's rewind.

Mr. Bannon remains the president’s dominant adviser, despite Mr. Trump’s anger that he was not fully briefed on details of the executive order he signed giving his chief strategist a seat on the National Security Council

And there we have the answer to the question nobody was asking because we already knew: Poor President Figurehead is a sad shell of a man being led around by the nose by that rash that fucked a gin blossom, Steve Bannon.

And also, he can't read.