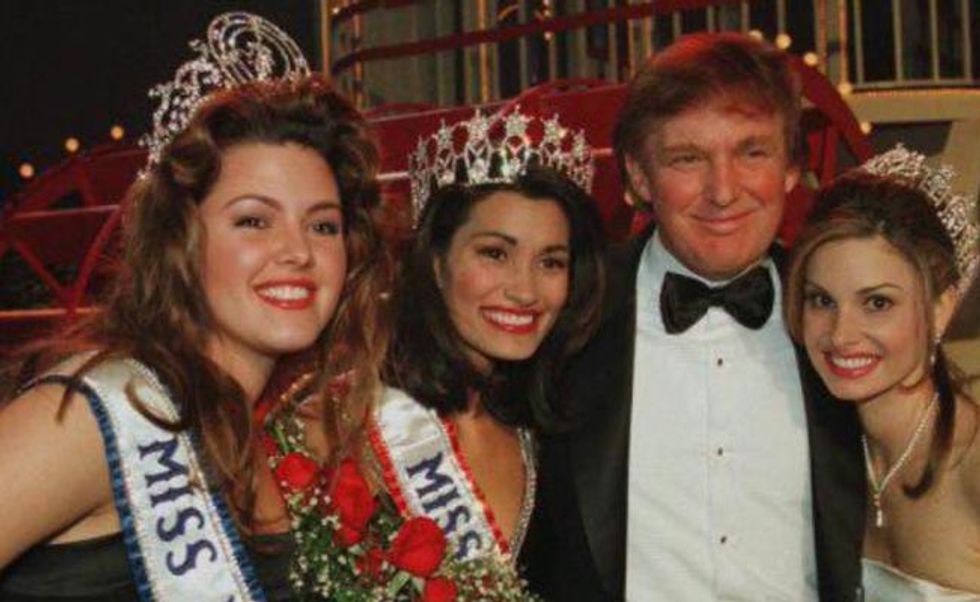 If I had to pick a favorite moment of last night's debate -- and I had a lot -- it would have to be when Hillary Clinton called Trump out on the gross-ass comments he made about former Miss Universe Alicia Machado, namely calling her "Miss Piggy" because she gained some weight and "Miss Housekeeping," because she was Latina.

"Donald, she has a name. Her name is Alicia Machado. And she has become a US citizen, and you can bet, she's going to vote."

Clinton followed up that burn by tweeting a video of Machado talking about her experiences dealing with Trump as Miss Universe, which includes a clip of Trump telling reporters "she weighed 118 pounds, or 117 pounds, and she went up to 160 or 170. So this is somebody who likes to eat." Which is, of course, a completely evil thing for a woman to do. What a charming, charming man!

Certainly, it was necessary for Trump to be publicly horrible to Machado, on television, and to follow her to the gym with news cameras. That is definitely a thing that people who are not actual monsters do.

This morning, Trump sought solace in the loving embrace of the Fox and Friends gang, and attempted to explain away his behavior... by again calling Machado fat.

"I know that person. That person was a Miss Universe person," he explained, like we didn't all already know that. "And she was the worst we ever had, the worst, the absolute worst, she was impossible. She gained a massive amount of weight, and it was a real problem. We had a real problem. Not only that, her attitude."

AND IT WAS A REAL PROBLEM, he says. A five-foot-seven woman not being 118lbs is a real problem, and definitely cause to treat her like garbage.

For what it's worth, the average weight of the American woman is 166.2 lbs.