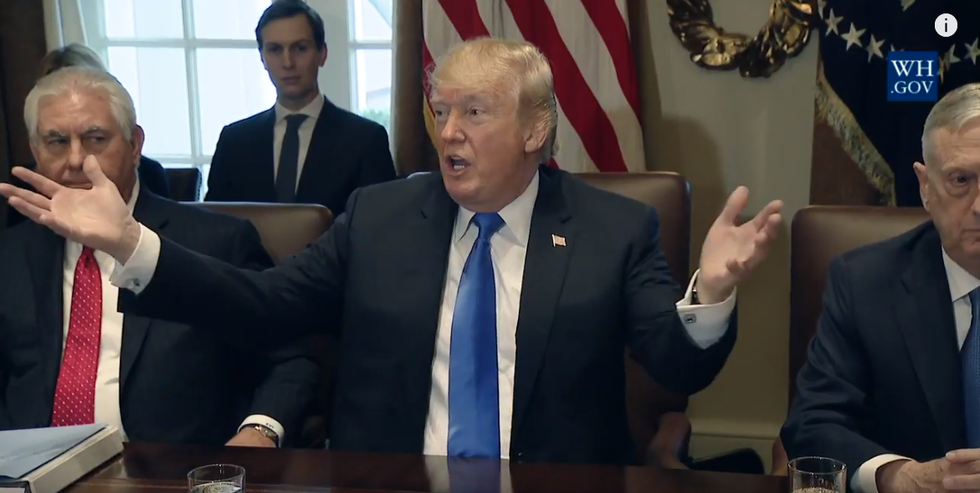 I AM NOT CRAZY!

Your president, who is busy "reading documents a lot" and DOES NOT have time to watch much television, spent Christmas weekend live tweeting Fox News. And the old lunatic is still at it this morning!

WOW, @foxandfrlends “Dossier is bogus. Clinton Campaign, DNC funded Dossier. FBI CANNOT (after all of this time) VERIFY CLAIMS IN DOSSIER OF RUSSIA/TRUMP COLLUSION. FBI TAINTED.” And they used this Crooked Hillary pile of garbage as the basis for going after the Trump Campaign!