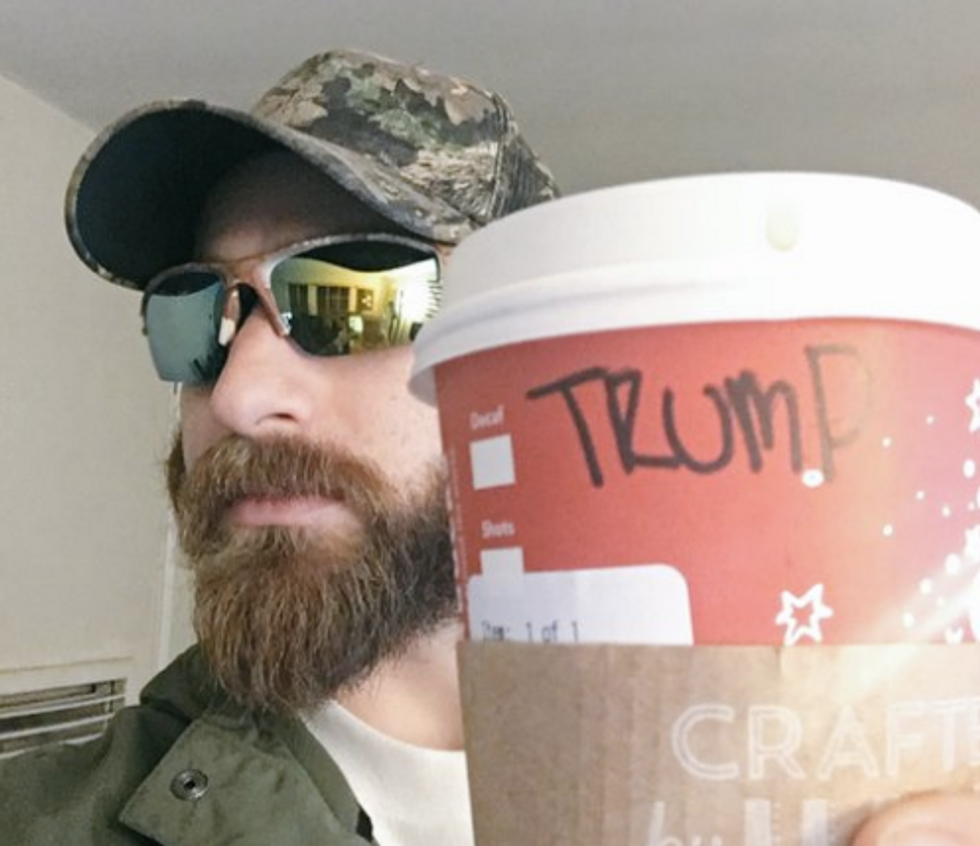 Conservatives hate Starbucks! Mostly for being all gross and liberal and liking Hillary Clinton and not having cups that are Christmassy enough, and probably also for giving their employees health insurance and helping them go to college and things.

They are also so mad right now about how long a Starbucks barista took to get that nice man his coffee after she psychically divined that he was a Trump supporter. Also because he was white, and lord knows how rarely people who work in Starbucks locations ever even see white people! A white person? In a Starbucks? MADNESS!

Anyway, these Trump supporters have decided that they are really going to stick it to Starbucks by, um, buying their coffee and then asking the people who work there to write "Trump" on their cups instead of their names.

This one I love in particular, as he is planning to go out of his way to purchase coffee from a place he is mad at.

HOO BOY! You are showing them! Give them all of your money! And show how much you love the working class by taking actual time out of your day to go and try to annoy some people who are just trying to do their damn job! That's the ticket! What a good idea!

And, you know, I'm sure all of those baristas you are TOTALLY PWNING are feeling very upset now and are definitely not making fun of you at all during their smoke breaks. I am sure that none of them find this hilarious at all. Also, it is a really good idea, as a rule, to be really obnoxious to people who are preparing your food and drink, and this is a thing you should remember in the future.