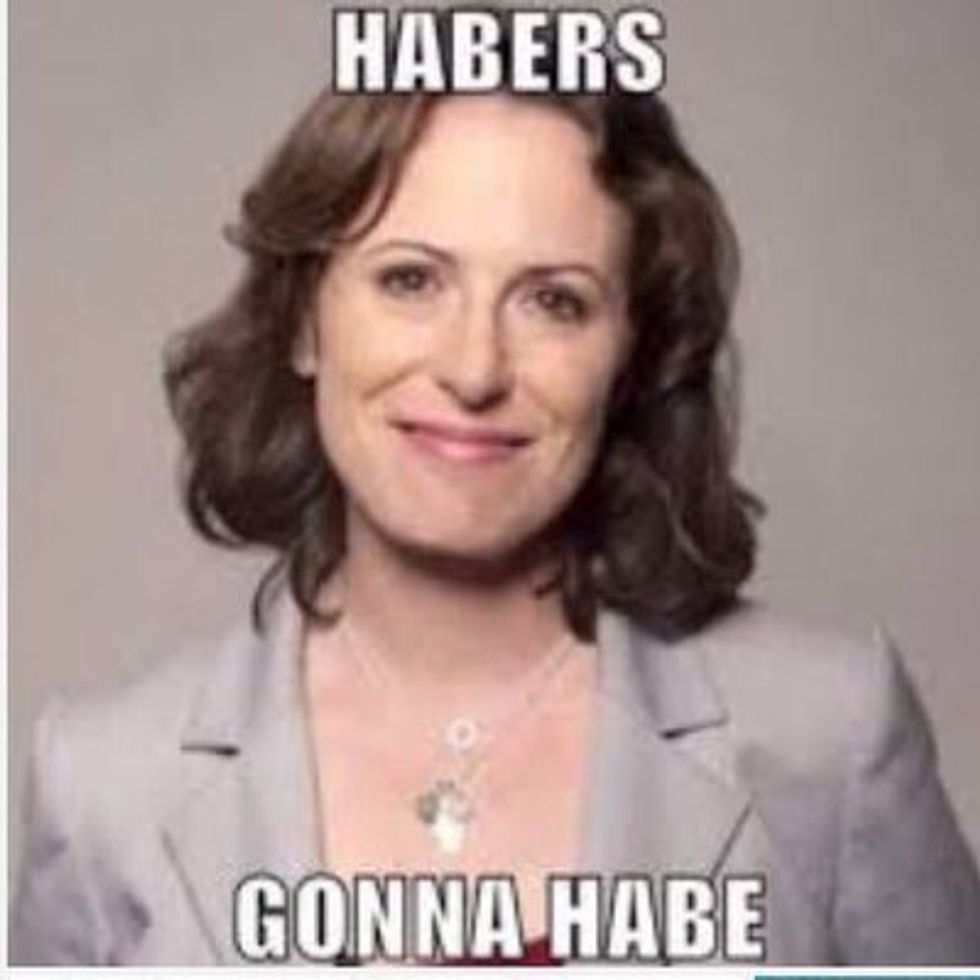 RELAX, EVERYONE! Donald Trump is cool, calm and collected, and all those stories about him being GRRR and ARGH and a complete fucking toddler about the Robert Mueller investigation are FAKE NEWS. This is the message Trump wanted the New York Times's Maggie Haberman to copy down word-for-word and print in her newspaper, so he picked up the phone Wednesday to get her to do just that. Asked to call all the other news outlets FAKE NEWS on behalf of the president, Haberman was like sure, what the hell:

He ... pushed back against a report published Monday night by The Washington Post, which the president said described him as “angry at everybody.” “I’m actually not angry at anybody,” Mr. Trump told The Times.

Uh huh sure we bet. "I'M NOT MAD, MAGGIE HABERMAN! TELL THEM I'M NOT MAD! I'LL SHOW YOU MAD!" For some reason we are having a hard time believing the president, and not just because he is a pathological liar.

But that's not all the goodness in this very important NYT interview with Trump!

“I’m not under investigation, as you know,” Mr. Trump said in a brief telephone call late Wednesday afternoon. Pointing to the indictment of his former campaign chief, Paul Manafort, the president said, “And even if you look at that, there’s not even a mention of Trump in there.”

“It has nothing to do with us,” Mr. Trump said.

This is the part where a person who was a journalist and not a mere scribe would provide context and note that actually the notion that Trump is not under investigation is old news he clings to from the James Comey days, and we really don't know if Trump himself is a target of the Mueller investigation at this point. But this is Maggie Haberman, so the next passage reads like this instead:

Also, in the original copy of the article, Haberman stated in her own words that "The charges [against Manafort and Gates] are unrelated to Mr. Trump's campaign," but they're not there anymore, we guess because a NYT editor came back from lunch or something.

Haberman talked to three White House insiders (John Barron, Onald-Day Ump-Tray and General John Kelly probably) who said all the news reports about Trump being very mad are wrong, and that moreover, the White House isn't freaking out about the Russia investigation at all. They are a picture of serenity, actually! Haberman's "insiders" acknowledge that Trump still really hates Jeff Sessions, though, because the child king simply cannot get over how Sessions chose the rule of law over Trump when he recused himself from the Russia investigation.

Does Haberman have any more presidential words to copy down verbatim and present as reporting? Sure why not:

“I just got fantastic poll numbers,” the president said, listing what he saw as his

biggest accomplishments, including a focus on deregulation and low unemployment

On that one, Haberman actually did note that all Trump's poll numbers are up shit creek without a paddle. Good on her! One more:

If by "early," he means "after Fox & Friends," and by "late," he means "out of the tub and into his jammies by the time Hannity comes on," that is completely accurate.

Also we don't buy that he's "enjoying it."

Let's just give this Maggie Haberman exclusive big important interview a D+ and move on with our day, shall we?