Trump Wants 'Dreamer' Government Shutdown? Nancy Pelosi's Got Something To Say. And Say And Say And 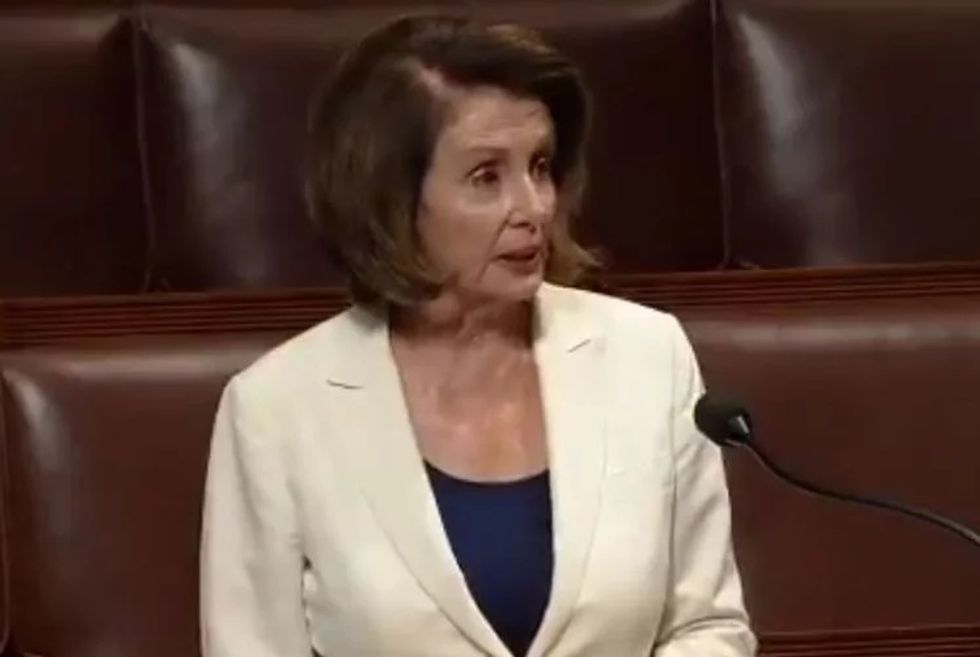 Everyone wants to fix DACA, you say? So let's fix DACA, dammit.

Nancy Pelosi is coming up on her sixth hour of a long long speech on the floor of the House of Representatives in an effort to make it clear Democrats have had it with putting off a fix of the Delayed Action for Childhood Arrivals (DACA) program. Guess she wanted to show certain people in the White House that, no, Democrats are not lazy when it comes to protecting Dreamers and their families from the New Cruelty. It's not a filibuster, because the House doesn't have that, and for that matter, she's not holding up any legislation. Instead, she wants some legislation. Legislation that big majorities of Americans want, and that Donald Trump says he wants, at least when he's not trying to pretend Dreamers aren't those depending on DACA to keep them safe from deportation.

The Senate is preparing to send over another short-term budget bill. But it doesn't include anything to fix DACA, and that's not acceptable. So Nancy Pelosi has been standing -- in heels -- since 10:00 Eastern, reading profiles of and statements from young Americans who risk being sent away to countries they were born in but have no memory of, because they grew up in the USA, singing the National Anthem, going to school, and in many cases serving in the military. Like the Americans they are. Like the Americans they deserve to be recognized as. On their own merit, not at the cost of pulling up the ladder behind them like Donald Trump wants.

And unlike the Senate, the House has no firm commitment to an open, fair debate on an immigration bill. Paul Ryan has said he would be open to such a debate, but only in the vaguest terms. Pelosi ain't having it:

"Why should we in the House be treated in such a humiliating way when the Republican Senate leader has given that opportunity in a bipartisan way to his membership? What’s wrong? There’s something wrong with this picture," Pelosi said.

The Senate says it's reached a deal for a short-term budget extension. But Nancy Pelosi has something to say about that, and that's "Not without the Dreamers." Now that's something to stand up and applaud.

Update: OK, sorry about the autoplay ad. Let's see if this stream from Pelosi's twitter works:

Update (Yes another): Adding this bit of wonderfulness: At 3:40 PM Eastern, Pelosi said, "I have no intention of yielding back, Mr. Speaker." Brava.

Yeah, one more update, why not:

Yr Wonkette is supported by reader donations. Please click here to keep our servers humming and our writers hydrated.