Trumpcare Not Dead Yet, Says It's Feeling Better 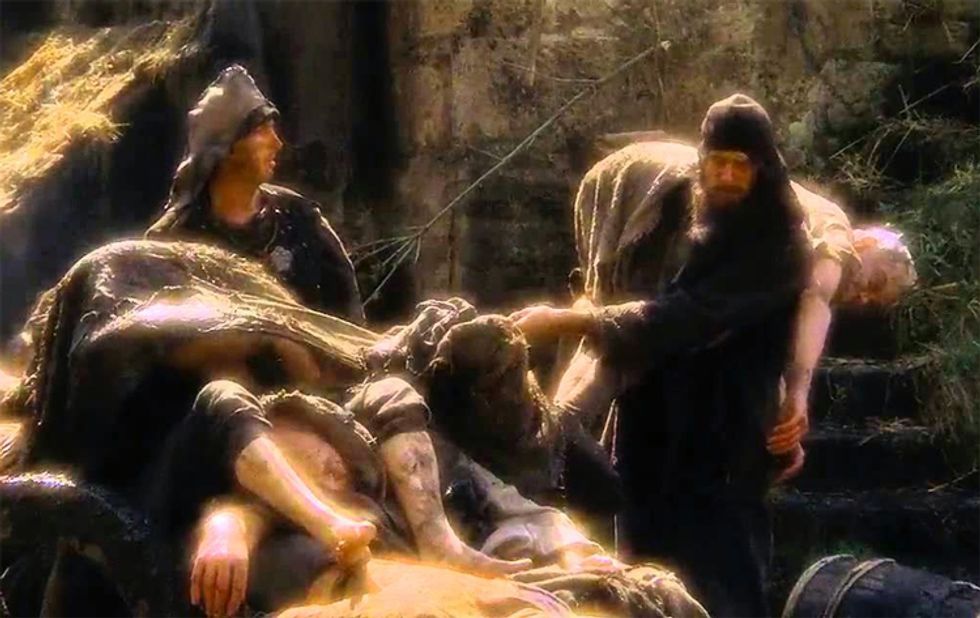 We know that Trumpcare seems dead, what with the failure of the Senate's awful repeal and replace bill to make it to the Senate floor this week and then the refusal of three Republican senators to back a repeal-and-do-nothing option immediately after. But as we keep reminding you all, a horror movie villain has an unsettling habit of coming back to life, even after you've electrocuted it, blown it up with a bazooka, sewn garlic into the corpse's mouth, plunged a stake through its heart, and cancelled its HBO. For one thing, there's no getting anyone off a mailing list. For another, you should never underestimate what the cabal of mad scientists (engineers, really) who are driven to re-animate a bunch of dead tissue can come up with. Several reports are suggesting that deep in the bowels of the Senate, Mitch McConnell and other Republicans are plotting, plotting to bring back their replacement for the Affordable Care Act and will stop at nothing to do it. Beware suspicious lightning storms over Capitol Hill.

Remember, we thought the House's effort to revive the monster was dead, until they suddenly shouted "IT'S ALIIIIIVE!" and set it loose to shamble into the Senate, where instead of making it look more human, McConnell and crew bolted lasers, sharks, and a plan to fund Medicaid through population-capped block grants to the stinking corpse. McConnell is determined to hold a vote next week, and now nobody's sure what that vote will be on: It might be a straight repeal, which should be dead since Shelley Moore Capito, Lisa Murkowski, and Susan Collins have already said they would not vote to proceed to debate.

But McConnell has reportedly reopened the possibility that he might bring forth yet another version of the "Better Care Reconciliation Act," perhaps one that spends a little bit more on the stuff "moderates" supposedly are holding out for. Maybe they'll only cut Medicaid by $700 billion instead of $800 billion, and then everything would be fine. That possibility still seems unlikely, since Collins is on record as opposing any significant Medicaid cuts, and Rand Paul remains opposed to anything short of full repeal of the ACA and hitting the ashes with a stick. But could McConnell somehow get something that would find the exact right balance of cruelty and ass-covering that at least 50 Rs would vote to start debate, especially if they're promised the chance to add amendments? The Magic 8-Ball says "FUCK YOU, I GAVE UP TRYING TO PREDICT ANYTHING REPUBLICANS DO AFTER LAST NOVEMBER."

A spokesperson for Rand Paul said Paul's vote on a motion to proceed would depend entirely on whether McConnell brings a repeal only bill or a repeal and replace bill, telling NBC news, "We don’t know which bill will be brought up yet, so we can’t comment until next week." Similar caution from Nevada's Dean Heller, who opposed the first Senate draft for its draconian Medicaid cuts but said nothing about the second version since it died before he had to take a position: “There’s so many moving parts, I don’t know what the motion will be a part of," he said, perhaps worrying that he might get something painfully caught in those moving parts.

Still, some Rs are looking forward to debating and amending something, just so they can tell constituents they did it, like Kansas's Pat Roberts, who wants to ride that bomb all the way down, waving his hat, or some other movie reference:

“To improve this bill you've got to get to the bill, otherwise it’s like Thelma and Louise and we’re about to sail into the canyon and we've got to get out of the car," Roberts said. "So let's go to the bill."

OK, but if you get out of the car, you get arrested for murder, so that's better? Hugging the bomb works better, man.

McConnell's number two, John Cornyn (we mean he's the Republican whip, is all) said Thursday it's no big if Senators don't really know what's in the bill, anyway, because time is short and there is not a moment to be lost:

And somewhere, Nancy Pelosi reached for a bottle of gin and said, "You've gotta be fucking kidding me."

It's not clear what else the Republican Mads are considering, but they don't want a loss. They may even consider hiring writers from Marvel and DC Comics to consult on how best to bring a character back from the dead. We're not sure the Rs will go as far as letting their hero be retconned as gay or a minority -- or even A LADY! -- but just about anything else is on the table.

It's still hard to see how McConnell can put together a draft that would please both hardliners who want to burn it all down and "moderates" who only want to burn it down a little, and unless John McCain has a miracle, he won't be back in Washington next week. But as Matt Yglesias warns over at Vox, we might also see a replay of what happened with the House bill:

once the Freedom Caucus was fully on board with the leadership’s plans, moderates lacked the backbone to actually kill the bill.

So don't get complacent, stay on the phones, and stay in the streets. There's way too much at risk for us to depend on Rob Portman and Ron Johnson suddenly finding their spines.

Yr Wonkette is supported by reader donations. Click that ol' "Donate" clicky down there!