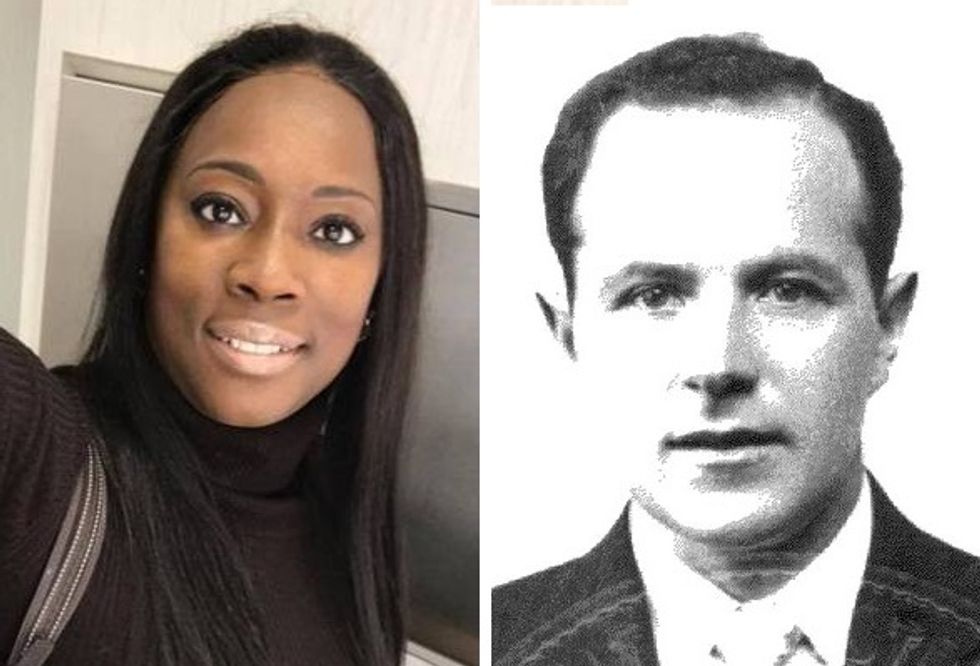 Look miss, if you want compassion, try being an old Nazi.

How's this for a little snapshot of Justice in Donald Trump's America? In Texas, a woman who voted illegally in the 2016 election (she was on supervised release after a felony conviction) was sentenced to five years for her crime, because nothing's more sacred than protecting the vote from bad people. And in Queens, New York, a former concentration camp guard who lied on his immigration paperwork in 1949 is still living at home, because while ICE is busily deporting all the undocumented immigrants it can get its hands on, there's no way to deport an actual Nazi war criminal who no other country wants either. America: A Land Of Many Contrasts.

Crystal Mason, of Rendon, Texas, doesn't deny that she was on supervised release on a fraud felony when she voted in 2016. But she thinks going back to prison for five years is maybe a bit excessive, especially since, on her release from federal prison, none of the people supposedly there to help her transition back to life on the outside -- including her probation officer! -- mentioned that she'd be ineligible to vote until her full sentence had been completed. Her attorney, J. Warren St. John, has already appealed the judge's decision (she opted for a bench trial), and hopes that, at the very least, she can be released on bond until the appeal:

"I find it amazing that the government feels she made this up," St. John told the court. "She was never told that she couldn't vote, and she voted in good faith. Why would she risk going back to prison for something that is not going to change her life?"

Mason said that when she went to vote at her usual polling place in 2016, she didn't see her name on the list and was given a provisional ballot to fill out. Unfortunately, she didn't read all the documents she got -- a poll worker was helping her, so she skipped the fine print. That didn't impress state District Judge Ruben Gonzalez, who asked her why she didn't understand that since she had to sign an "affidavit" to vote, "There's a legal connotation to that, right?"

Mason responded that she was never told by the federal court, her supervision officer, the election workers or U.S. District Judge John McBryde, the sentencing judge in her fraud case, that she would not be able to vote in elections until she finished serving her sentence, supervised release included.

Yes, yes, we know, ignorance of the law is no excuse. But for chrissakes, she served three years in federal prison on a tax fraud charge already -- is five years for an illegal vote a proportionate sentence? Let's not forget that Convicted Felon Dinesh D'Souza only served eight months in federal overnight jail after his own campaign criming, and that mining executive Don Blankenship went to Club Fed for all of one year after being convicted of conspiracy to ignore federal safety regulations -- after a mine explosion that killed 29 miners. Still, we're sure Ms. Mason will never, ever try to throw an election by one vote ever again.

In other news of Justice For Some, the Daily Beast updates us on the case of 94-year-old Jakiw Palij, the last known Nazi war criminal still living in the USA. He signed some documents under false pretenses too, but he was actually lying -- he didn't claim no one ever told him Nazis weren't allowed to immigrate.

Palij served as a guard during World War II at the Trawniki forced labor camp, which also trained those participating in “Operation Reinhard," a plan to exterminate every Jew in German-occupied Poland. He entered the country in 1949 without divulging his past and was later awarded citizenship, of which he was stripped by a federal judge in 2004 and ordered deported. “During a single nightmarish day in November 1943, all of the more than 6,000 prisoners of the Nazi camp that Jakiw Palij had guarded were systematically butchered," Eli Rosenbaum, head of the Justice Department's Office of Special Investigations (OSI), said after the ruling. “By helping to prevent the escape of these prisoners, Palij played an indispensable role in ensuring that they met their tragic fate at the hands of the Nazis."

So he's been stripped of his citizenship and ordered deported, but there's a little problem with sending him away: No other country wants him, not even to try him for war crimes. Germany, Ukraine, and Poland have all said no. So he continues to live in his apartment in Jackson Heights, Queens, where he hangs up on reporters who call to ask him what he did during the war. DOJ investigators had evidence placing Palij at the liquidation of the Warsaw Ghetto in 1943, but he insisted he hadn't been there -- instead, he said he was a guard at Trawniki, which was scarcely better, since that camp trained guards to go out and participate in other massacres, and to guard the trains to the extermination camps.

And while ICE is going out of its way to find undocumented immigrants to deport -- many of whom have no criminal records (remember, being without papers is a civil offense, not a criminal one) -- the Justice Department and the State Department don't appear to be making any particular efforts to persuade Germany, Ukraine, or Poland to take Palij. He can't be prosecuted for war crimes here, since neither he nor his victims were Americans. You're certainly not very likely to see Donald Trump pressure those governments, and so he's likely to die right where he is, with only occasional reminders of his crimes, like the annual demonstrations held by New York State Assemblyman Dov Hikind outside Palij's home on the anniversary of Kristallnacht.

“You know, we're throwing people out of this country who have been living here for 20 years and have families, and here we have a Nazi living in Queens," Hikind told The Daily Beast. “How can that be? How is this possible?"

Hikind has called on Attorney General Jeff Sessions to at least put Palij in an ICE detention center like any other illegal immigrant awaiting deportation, but nothing doing. No answer to a personal appeal to Jared Kushner, either.

It's not too much of a surprise that ICE isn't willing to detain Palij. They need room in their prisons for dads who've been here 30 years without so much as a traffic ticket (actually, he's already been sent away), or a mom -- separated from her daughter -- waiting for a decision on her request for political asylum.

Maybe it's just as well ICE hasn't decided to detain an old Nazi camp guard. God only knows what he might teach them.

Yr Wonkette is fueled by incandescent rage and reader donations. Please click here to help us convert some of the former into text.