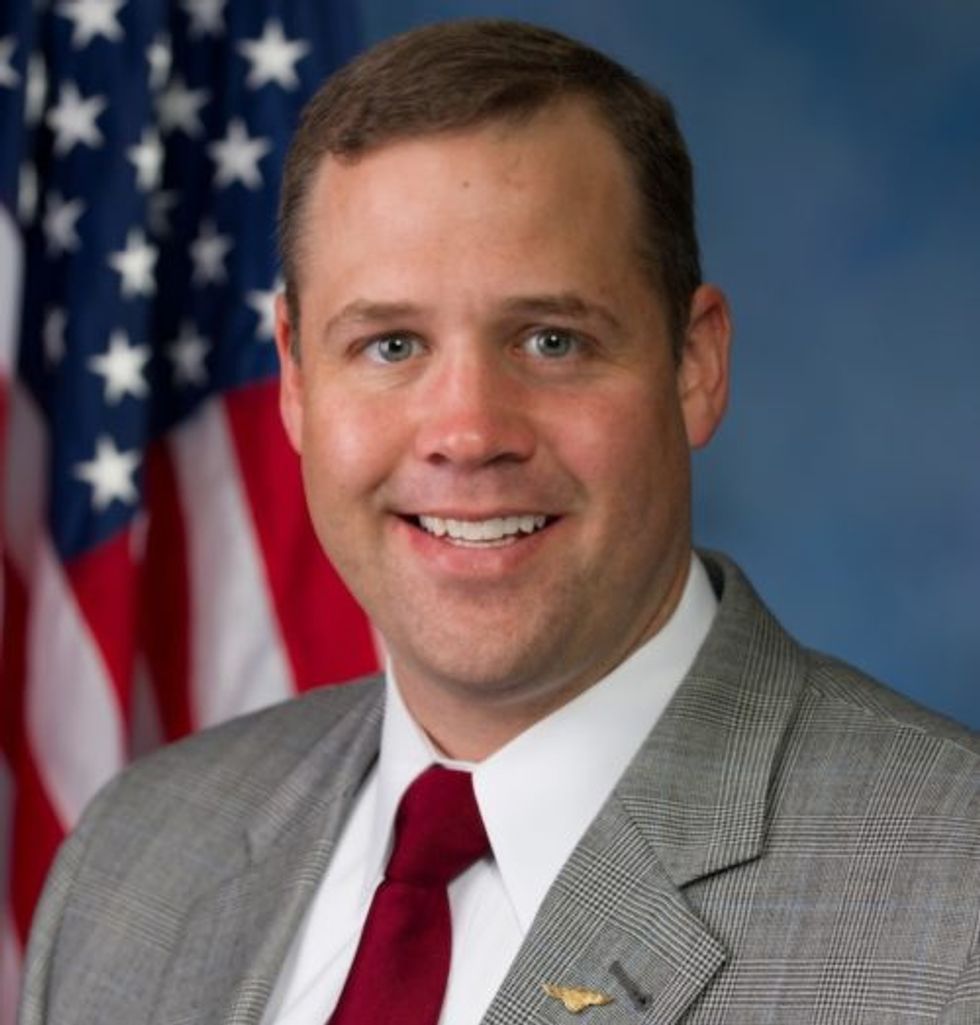 At least he has wings on his lapel. That should count for something.

Donald Trump's record of finding the Best People for government jobs continued this week: Thursday, the Senate confirmed Jim Bridenstine, a US congressman from Oklahoma, as the new NASA administrator. Bridenstine brings to the job everything you'd expect in the leader of a national space agency, at least in some country that had never had a space program at all.

Past NASA administrators have generally come from inside the agency, or at least came from backgrounds in the military or science. They also tended to have some experience in running a large organization in military or civilian life, seeing as how NASA has 18,000 federal employees, an annual budget of $18.5 billion, and tens of thousands of contract employees in the aerospace industry. The biggest organization Bridenstine has ever run was the Tulsa Air and Space Museum, which at least had some non-operating aeronautical hardware sitting around. Besides, Bridenstine was a Navy pilot, and so was Neil Armstrong, so that makes them virtually the very same guy.

Oh, yeah, and while he was running that nonprofit air and space museum in Tulsa, the Daily Beast reports, there's pretty strong evidence Bridenstine siphoned money from the museum into a now defunct private business he ran. So there's one more qualification for Team Trump.

Still, Bridenstine can now go into the record books as the first member of Congress to become NASA administrator, and that surely should count for something. If deep-red Oklahoma can manage not to nominate an accused child molester to replace him, the Rs may even keep his House seat.

Oh, yes, and when Bridenstine was in his first term, he gave a speech demanding that Barack Obama apologize to Oklahoma for spending more money to research climate change than to predict tornadoes in Oklahoma, because only one of those things is real anyway. Enjoy the antiscience!

Bridenstine trotted out an impressive number of climate denial fibs in just over a minute, like the myth of a "pause" in warming or the also-wrong notion that global temperature increases “correlate to sun output and global ocean cycles.”

Ah, but at least at his confirmation hearings, Bridenstine managed to say he agrees with the scientific consensus that climate change is real -- although he wasn't quite willing to agree that humans pumping greenhouse gases into the atmosphere since the Industrial Revolution is the main cause of warming, because what is science anyway?

“Human activity absolutely is a contributor to the climate change that we are currently seeing,” he said. Asked by [Senator Brian] Schatz if it was the primary cause, he said, “It’s going to depend on a lot of factors, and we’re still learning more about that every day.”

He also slipped back into outright myth during the hearing, at one point repeating the lie that climate change was related to "sun cycles," as if we hadn't just linked the debunking of that claim only three paragraphs up.

Bridenstine at least promised he would never ever punish or reassign NASA scientists who say climate change is real, no he would not. He also said that -- counter to proposals coming from elsewhere in TrumpWorld -- he would work to keep Earth science inside NASA and not shift it to another government agency. So that's nice.

Oh, yes, and then there's the anti-gay idiocy, which could become an issue in NASA staffing, if not science:

In 2013, he called the Supreme Court decision to legalize same-sex marriage a “disappointment.” He has also spoken out on the House floor criticizing the Boy Scouts of America’s decision to allowed LGBTQ members. In a speech, he charged that the left wing in the US wants to “reshape organizations like the Boy Scouts into instruments for social change.”

So of course Republicans voted to confirm Bridenstine, including a few who'd initially opposed his nomination when Trump named him last year. Big surprise! One was Marco Rubio, who had fretted back in September that Bridenstine's nomination could be "devastating" for NASA, since the space agency has "the one federal mission which has largely been free of politics.” Yeah, that's the same Marco Rubio who proudly proclaimed himself "not a scientist," launching the best excuse ever for people who refuse to listen to scientists.

Rubio, whose spine is not detectable from space or even with X-rays, nonetheless voted to confirm Bridenstine, since acting administrator Robert Lightfoot will be retiring at the end of April and somehow it would be impossible for the agency to get by with another acting administrator if Bridenstine were rejected and senators demanded an actual space/science guy:

“While I wish the president would have nominated a space professional to run NASA,” Rubio said in a statement, he wanted to avoid “a gaping leadership void.”

Jeff Flake also went from no to yes, possibly for the sake of a vote swap with other Senators regarding travel to Cuba, and that gave Bridenstine the 50 votes he needed. Also, everyone in the Senate was preoccupied with Tammy Duckworth's adorable new baby, and that's wonderful -- especially since Duckworth voted "no" on Bridenstine -- but the slight downside is that not a lot of media attention was left over for the terrible new NASA administrator.

So now it's Bridenstine who will help advance the Republican agenda for NASA, which will involve lots of neat exploration of space (hooray), while funding for studying the planet we actually live on is cut back, because that would be bad for the oil business. In space, no on can hear you scheme.