Trump's Personal Lawyer Sheri Dillon, You Are Going To Be A Wonkette STAR! 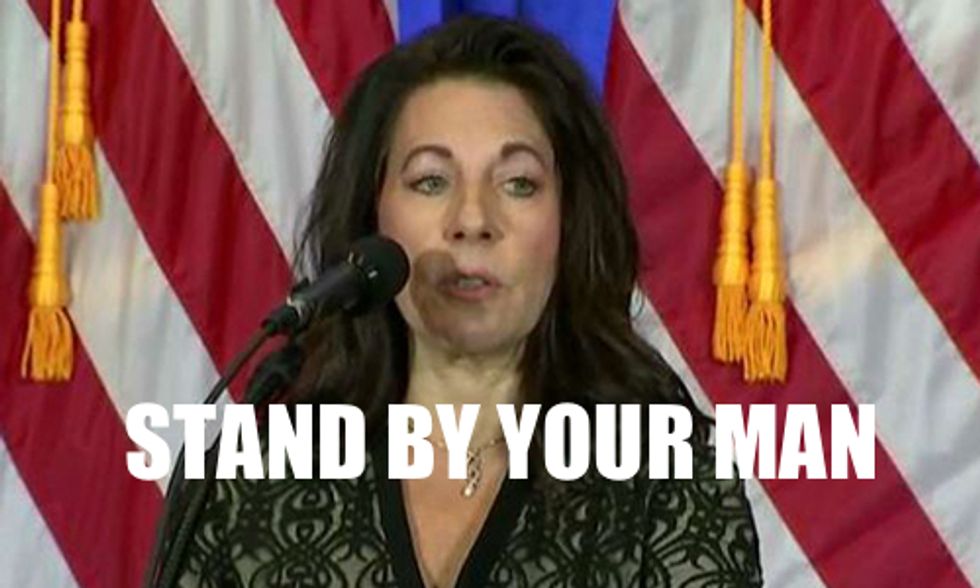 Donald Trump’s personal lawyer Sheri Dillon is adding another track to her Superchill Mixtape. You've heard her smash hit CERTIFIED LETTER: No Russian Income “With Few Exceptions.” And who could forget CASE CLOSED: Just Look at This Big Stack of Papers? Superfans will remember her old work from 2016, like CONFLICTS OF INTEREST: When You're a Star, They Let You Do It, and Russia Lawfirm of the Year with Morgan, Lewis and Bockius.

And now Sheri Dillon has a new single out that's destined to become a classic. Some people are comparing it to Ann Romney's chart topper, Haven't We Given You People Enough Already!

Last week, the White House tried to distract from the FAKE NEWS by announcing that Donald Trump would release a financial disclosure, so don't you all feel bad now for saying he's having secret Russian pee orgies? (Nope!) But Donald Trump is far too busy presidenting to fill out forms. So in April, Sheri Dillon tried to get the Office of Government Ethics to accept an unsigned financial disclosure from Donald Trump. Was it FULL OF LIES? No one knows! But Ms. Dillon took the position that the disclosure was voluntary, so why should her client have to vouch that it was true? Sheri Dillon is AWESOME AT LAW.

Here's the letter from Director Walter Shaub, the OG at the OGE, saying, "LULZ! NFW are we going to certify a financial statement without a signature! Are you even a real lawyer?"

As we discussed, OGE will provide this assistance on the condition that the President is committed to certifying that the contents of his report are true, complete and correct. When we met on April 27, 2017, you requested that he be excused from providing this certification. In connection with the request, you emphasized that he is not required to file a report with OGE this year. I agreed with your analysis that he is not legally required to file but I indicated that OGE would be unwilling to certify a report that failed to meet the requirements generally applicable to public financial disclosure in the executive branch. I also indicated that OGE would be amenable to providing assistance prior to the President’s filing the report only if all parties are in agreement that he will, in fact, certify his report.

And here's Dillon's May 9 letter to Shaub, where she agreed that Trump would sign the form. BUT ONLY BECAUSE HE FEELS LIKE IT.

As we have discussed, President Trump is preparing to make a voluntary disclosure of his financial interests on OGE Form 278. This filing will be voluntary, because, having filed a report during the campaign, the President is not required to file a new report until next May. Nonetheless, President Trump welcomes the opportunity to provide this optional disclosure to the public and hopes to file it shortly.

The President has instructed us to work with you and your office so he can sign and file the completed for 278 as close as practicable to May 15 (which will be the required filing date in the future), notwithstanding the unique complexity of this voluntary disclosure. To that end, we are nearing the end of our effort to compile the report and are now ready to further the consultative process. Our goal is that by working together, the President can make this voluntary filing mid-June.

Because nothing says MY CLIENT IS LYING BIGLY...

Like asking the government to accept an UNSIGNED form.

Can someone _please_ ask Sherri Dillon exactly why she didn't want @realDonaldTrump to sign his disclosure forms?: https://t.co/2HCaC6Vlp0pic.twitter.com/XtRhsWLya1

All our financial disclosure forms are signed and true to the best of our knowledge! And now we have the worst Steve Perry earworm. Please donate!