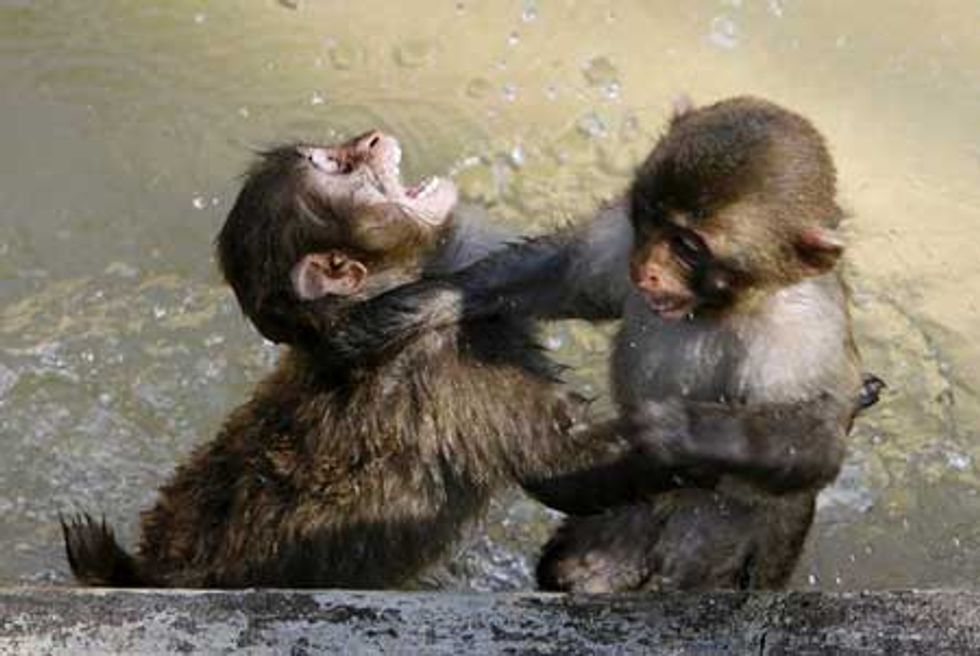 The Obama administration announced recently that for the all the months in a row, more jobs have been created in America than destroyed. This is good news, wouldn't you say? Then you are not the rage-virus monkeys at Twitchy, the website that collects pithy thoughts from @horndog69 and @biggunsinyourmouth102 and @michellemalkin and then uses these masterful SNAPs and YA BURNTs to disprove things like "unemployment is down again" with completely irrelevant counterpoints! Let us marvel at their masterful riposte to the "Obama" "administration," ‘They’re Not Your Businesses’! April Fools At WH Imply ‘You Didn’t Build That’ (Again)

Well, those certainly are words. Let us see if their first paragraphs might explain their thesis a bit better.

Does anybody here speak wingnut?

It seems the Twitchy crew has been angered by the Obama administration's use of the word "our" in modifying the noun "businesses." Surely "our" means "American," as the graph in question is looking at the number of jobs created by American businesses every month since Barack Obama usurped the American political system, by winning an election (twice). And -- okay, nominally -- the Obama administration is a part of America. "Our" businesses does not seem incorrect to your Wonkette, but your Wonkette is a known liberal fascist.

Twitchy, dumbsplain how wrong we are pls.

And ... that's it. I mean, they have some more people saying "you didn't build that" and "snap ya burnt" and "my face smells like a poop" but, yes, the White House has been irrefutably PWNED.