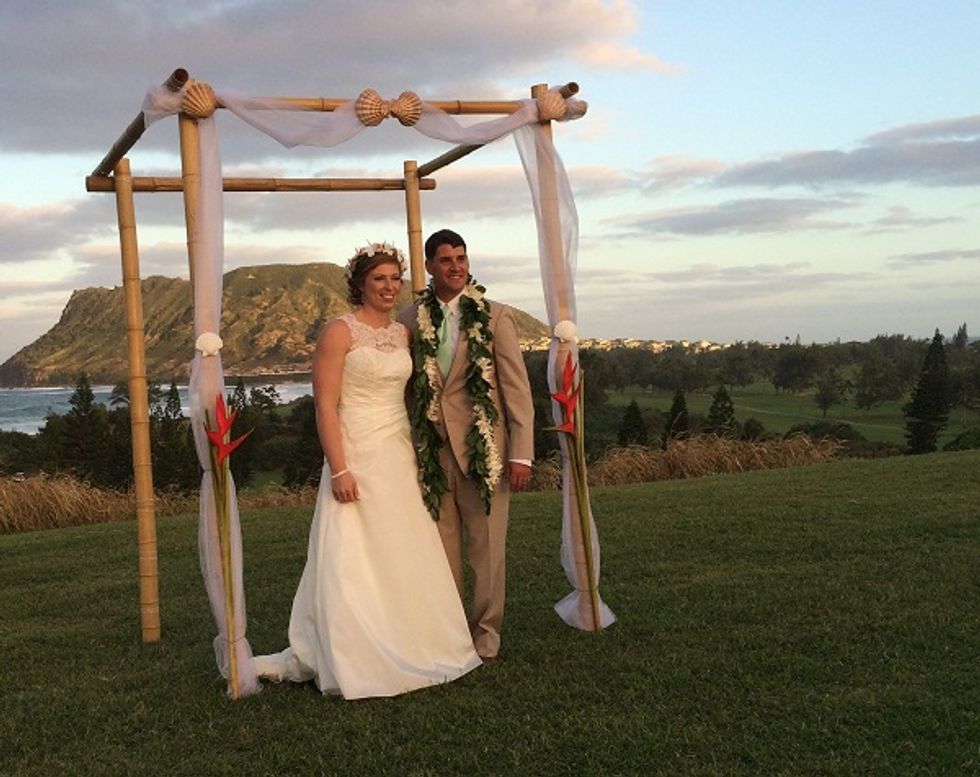 Talk about a double bogie!

Over the weekend, two Army captains who were scheduled to get married at the 16th tee of the Kaneohe Klipper Golf Course in Hawaii had to move the wedding at the last minute because President Golfing McTyrant wanted to play a round. INPEACH!!11!! etc. and so forth.

The bride and groom, Natalie Heimel and Edward Mallue Jr., are both stationed in Hawaii and had reserved the coveted wedding spot months in advance. They were warned ahead of time that, knowing President Obama always spends Christmas in Hawaii, their reservation was not, er, ironclad. When the president wants to play golf, the Secret Service closes the course to all other events, in which case, the wedding would have to be moved, even on less than 24 hours' notice. Which is exactly what happened.

The couple had even invited the president to the wedding, though he declined, probably because it conflicted with his tee time. Hopefully he sent them a nice gift.

Whoever thought a wedding could become a wedge issue that would get stuck in the sand trap of politics? Pretty much all of us, actually. Our favorite so far is Betsy Rothstein, that sack of failure and loneliness in a human skin-suit who dribbles out “thoughts” for Tucker Carlson’s Journal of Caucasian Butthurt. On Monday, she took the wood to the president for his thoughtlessness.

President Obama clearly doesn’t play enough golf these days. So what’s the harm in ruining the wedding of a pair of Army captains so he can hit the green?

We wouldn’t say the wedding was ruined, exactly. The couple had to relocate to a “lush green lawn” on the base that has very nice views of the Pacific Ocean, just like the original site apparently has. We think it looks like a lovely spot.

To top it all off, a tone deaf Obama sent the couple a note of congratulations while simultaneously apologizing for not being able to attend their wedding.

So tone deaf to RSVP to a wedding! Guess the madrasas of his youth were too busy teaching him to hate America to make him take an etiquette class.

Informed that his golf plans had forced the wedding to move, Obama put in a call to the new couple to congratulate them in front of all their guests. Nice try, Nobama, but you are (TRIGGER WARNING FOR TWITCHY LINK) “literally embarrassing” to America. Not just figuratively!

We assume after being clubbed by the media over this, the president will quit golfing forever in shame.