Uber Man CRIES Because Company Is So Terrible, Sexist, Everyone Hates It So Much 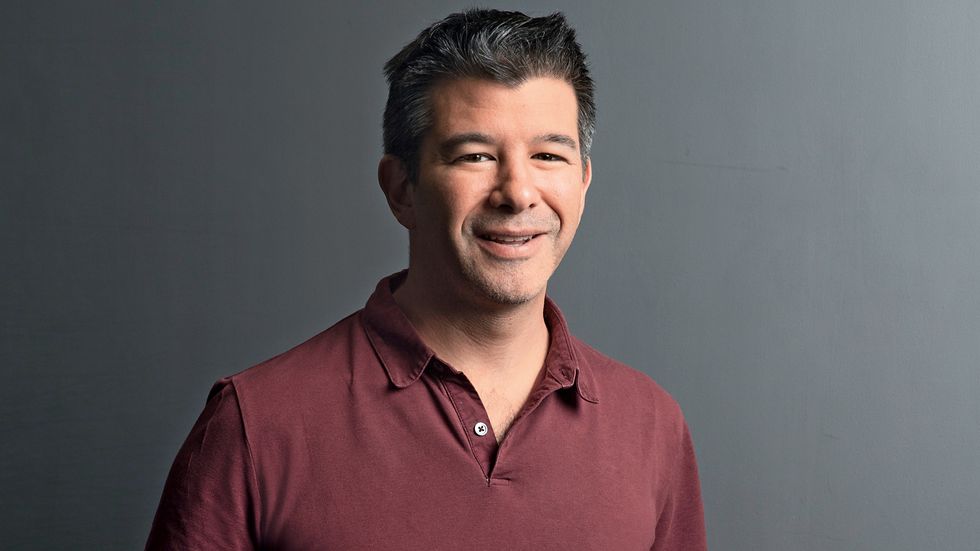 Did all y'all read this Susan Fowler lady's blogpost about her year working as an engineer for Uber, and how executives there were like "come let me rub my junk on you," and she talked to the other women and they all said "he asked to rub his junk on me too," and when they bitched to HR about it, HR lied and said nobody had ever complained about dude before, and then HR told her SHE was the problem?

We don't want to cannibalizeall of it, but it was DAMN something else! Here's just a few of the HOLY SHITS!

In the background, there was a game-of-thrones political war raging within the ranks of upper management in the infrastructure engineering organization. It seemed like every manager was fighting their peers and attempting to undermine their direct supervisor so that they could have their direct supervisor's job. No attempts were made by these managers to hide what they were doing: they boasted about it in meetings, told their direct reports about it, and the like. I remember countless meetings with my managers and skip-levels where I would sit there, not saying anything, and the manager would be boasting about finding favor with their skip-level and that I should expect them to have their manager's job within a quarter or two. I also remember a very disturbing team meeting in which one of the directors boasted to our team that he had withheld business-critical information from one of the executives so that he could curry favor with one of the other executives (and, he told us with a smile on his face, it worked!).

Every time something ridiculous happened, every time a sexist email was sent, I'd sent a short report to HR just to keep a record going. Things came to a head with one particular email chain from the director of our engineering organization concerning leather jackets that had been ordered for all of the SREs. See, earlier in the year, the organization had promised leather jackets for everyone in organization, and had taken all of our sizes; we all tried them on and found our sizes, and placed our orders. One day, all of the women (there were, I believe, six of us left in the org) received an email saying that no leather jackets were being ordered for the women because there were not enough women in the organization to justify placing an order. I replied and said that I was sure Uber SRE could find room in their budget to buy leather jackets for the, what, six women if it could afford to buy them for over a hundred and twenty men. The director replied back, saying that if we women really wanted equality, then we should realize we were getting equality by not getting the leather jackets. He said that because there were so many men in the org, they had gotten a significant discount on the men's jackets but not on the women's jackets, and it wouldn't be equal or fair, he argued, to give the women leather jackets that cost a little more than the men's jackets. We were told that if we wanted leather jackets, we women needed to find jackets that were the same price as the bulk-order price of the men's jackets.

LOL that's just fucking RUDE. But back to HR!

I forwarded this absurd chain of emails to HR, and they requested to meet with me shortly after. I don't know what I expected after all of my earlier encounters with them, but this one was more ridiculous than I could have ever imagined. The HR rep began the meeting by asking me if I had noticed that *I* was the common theme in all of the reports I had been making, and that if I had ever considered that I might be the problem. I pointed out that everything I had reported came with extensive documentation and I clearly wasn't the instigator (or even a main character) in the majority of them - she countered by saying that there was absolutely no record in HR of any of the incidents I was claiming I had reported (which, of course, was a lie, and I reminded her I had email and chat records to prove it was a lie). She then asked me if women engineers at Uber were friends and talked a lot, and then asked me how often we communicated, what we talked about, what email addresses we used to communicate, which chat rooms we frequented, etc. - an absurd and insulting request that I refused to comply with. When I pointed out how few women were in SRE, she recounted with a story about how sometimes certain people of certain genders and ethnic backgrounds were better suited for some jobs than others, so I shouldn't be surprised by the gender ratios in engineering. Our meeting ended with her berating me about keeping email records of things, and told me it was unprofessional to report things via email to HR.

You will never guess what happened next, and that was "Susan Fowler was threatened with firing for reporting her boss to HR."

Less than a week after this absurd meeting, my manager scheduled a 1:1 with me, and told me we needed to have a difficult conversation. He told me I was on very thin ice for reporting his manager to HR. California is an at-will employment state, he said, which means we can fire you if you ever do this again. I told him that was illegal, and he replied that he had been a manager for a long time, he knew what was illegal, and threatening to fire me for reporting things to HR was not illegal. I reported his threat immediately after the meeting to both HR and to the CTO: they both admitted that this was illegal, but none of them did anything. (I was told much later that they didn't do anything because the manager who threatened me "was a high performer").

OK, so that is pretty much all we need as "background" -- LONG BACKGROUND! -- but do go and read it all yourself, it's a real corker!

This is when we get to the part about "Uber CEO Travis Kalanick is so sorry that he is crying."

Alongside board member Arianna Huffington and Uber's head of human resources, Kalanick spoke at his ride-hailing company's San Francisco headquarters in a meeting that lasted for more than a hour, according to people who watched the event. Uber's chief executive officer, at times with tears in his eyes, apologized for a lack of diversity in the company's workforce and for not properly responding to employee complaints, while those in attendance lobbed tough, pointed questions, said the people, who asked not to be identified discussing internal matters. After a rough start to the year, employee morale is bleak, one of the people said.

Blah blah blah, Kalanick once called it "Boober" because he is knee-deep in pussy now, and also they had a seriously lame ad campaign in France suggesting you could fuck your hot Uber drivin' lady. Also this:

Uber showed that it could track its users locations in "God View." The next month, Uber's general manager in New York City told a reporter that he had been tracking her location on his phone. That same month, Uber executive Emil Michael suggested that the company could hire opposition researchers to look into critical reporters. Both remain at the company, and Michael is one of Kalanick's top lieutenants.

Travis Kalanick is so sorry that his company is run on what sounds like a perpetual cocaine bender! He is weeping tears of sorriness! He is sorry about the "lack of diversity" that happens when all the women leave because HR won't do anything about their "high performers" trying to put their dicks in the women's mouths all the time, over and over, and then HR tells the women there are no women left because "sometimes certain people of certain genders and ethnic backgrounds were better suited for some jobs than others, so [you] shouldn't be surprised by the gender ratios in engineering" and it definitely has nothing to do with the dicks AT ALL!

Travis Kalanick is sorry all the way to the bank that has his $6.3 billion in it.

You know who would like either $6.3 billion or like "a salary that is more than $43,000 between my husband and me for a combined 90-ish hour workweek"? ME! Give me money, thank you and please.