Uh Oh, White People, A Cop Shot A White Dude And Got Away With It 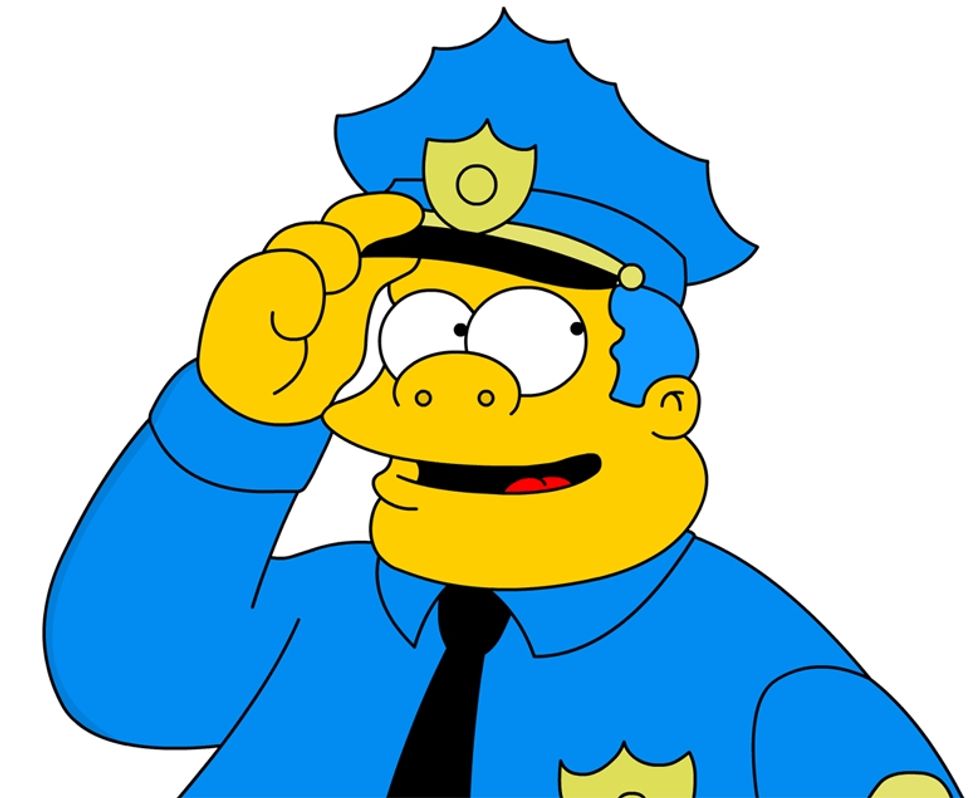 These things just happen. Why would you want to ruin a cop's life for ruining a guy's life...more?

Here's a new variation on the "Cop Gets Away With Shooting Unarmed Victim" theme: A cop in Paradise, California, will not be charged after pulling his gun and shooting an unarmed accident victim, Andrew Nicholas Thomas, 26, while Thomas was climbing out the window of his wrecked SUV. Dashcam video from Officer Patrick Feaster's patrol car shows the wreck of Thomas's car, which Feaster had been chasing; as Thomas tries to climb out of the wreck, which is on its side, Feaster pulls his gun and fires once, hitting Thomas, who falls back down into the wreck. The DUI rollover crash had already killed Thomas's wife, 23-year-old Darien Ehorn, who was ejected from the wreck. Thomas survived, but was shot through two vertebrae and may end up paralyzed for life. The video of the Thanksgiving Day incident is not pleasant to watch, but we're including it because it's necessary to understand what a monumental fuck-up this was:

So why no charges against Feaster? It was all a simple accident, as the Huffington Post reports:

District Attorney Mike Ramsey quickly declared the shooting an "accidental discharge." He said on Nov. 27 that the determination was made by examining the video frame by frame, KRCR reports. Ramsey said it was clear that Feaster was surprised by the gun firing.

[contextly_sidebar id="ujESWYNFDE0tc2XjT6Nvkpn9rvDpR45n"]Really? We keep looking for signs of surprise in the video, but what we see is Feaster pulling his gun on a guy who is trying to escape a wreck, the gun firing, and then Feaster calmly holstering his weapon. No pauses at all. We don't see Feaster jumping in surprise at the shot or looking dumbstruck at a firearm that has gone off all by itself. It is possible, of course, that some special software allows district attorneys to see into the mind of a cop who's just shot an accident victim in the neck for no apparent reason. It's simply amazing what they can do with advanced video technology and a friendly relationship with the local police. And this was a real cop, not just a local rich guy who bought himself a place in the reserves.

D.A. Ramsey's explanation leaves no possible doubt that this was all an unfortunate accident, so please don't ask too many questions:

Feaster’s "reaction on the dash cam video and his statements to protocol investigators confirm an honest belief that he did not intentionally fire his pistol,” Ramsey said in a press release.

Ramsey said on Thursday that Feaster didn't mention the shooting until 11 minutes after backup and paramedics arrived.

Hmm. You'd think that might be something you'd want to mention to the paramedics. "If he's unresponsive, it could be because of that gunshot wound to the neck. I dunno, you're the medics, but you could look at that." A cynic might almost think that Feaster was trying to cover up the shooting, or was so incompetent or rattled by his own idiocy that he didn't think to mention it straight away.

Thomas, who had a 0.15 blood alcohol level and has been charged with drunken vehicular manslaughter in the death of his wife, isn't exactly the most sympathetic shooting victim; local station KRCR reports "he has lengthy past with law enforcement," including past charges of assault with a deadly weapon, drug possession, and multiple traffic infractions including "reckless driving and evading an officer in 2010." So yes, maybe a scumbag, and definitely a guy whose wife would have been alive if they'd called a cab. But there's no indication that Thomas was armed or posed any threat to Feaster.

There's also the question of why Feaster would even have his gun out at an accident scene; yes, he had chased the car after it zoomed out of the parking lot of a local bar (charmingly named "The Canteena"), but is pulling a gun at a crash scene standard protocol? KRCR's second story on the shooting says that Feaster "pulled his .45 caliber semi-automatic pistol to cover Thomas, as he felt Thomas was attempting an escape," according to Ramsey.

HuffPo points out that guns generally don't fire themselves of their own accord:

The gun, a .45-caliber Glock semi-automatic, shouldn't fire unless a safety lever and the trigger both are pulled. Ramsey said investigators believe Feaster pulled the trigger, but Department of Justice experts haven't determined whether the weapon malfunctioned.

In response to protests over the shooting, Ramsey acknowledged this week that while the video looks really bad, the shooting really was an accident, as explained in a "Lay report," which points out that police are trained not to fire weapons while walking, and if they do shoot in situations where they believe themselves in danger, they should fire a minimum of two shots. The frame-by-frame analysis allegedly shows Feaster reacting in surprise, as well. Ramsey's report insists that the shooting was definitely not intentional, and that he was precluded from filing charges against Feaster based on the available evidence:

So there you go. Maybe the shooting was negligent, but not criminally so, and hey, why don't I just drop in an open invitation for Thomas to sue the city's ass off. Kthxbai!

Sounds to us like the D.A. has covered his ass and is now on the verge of telling people he just wants his life back.