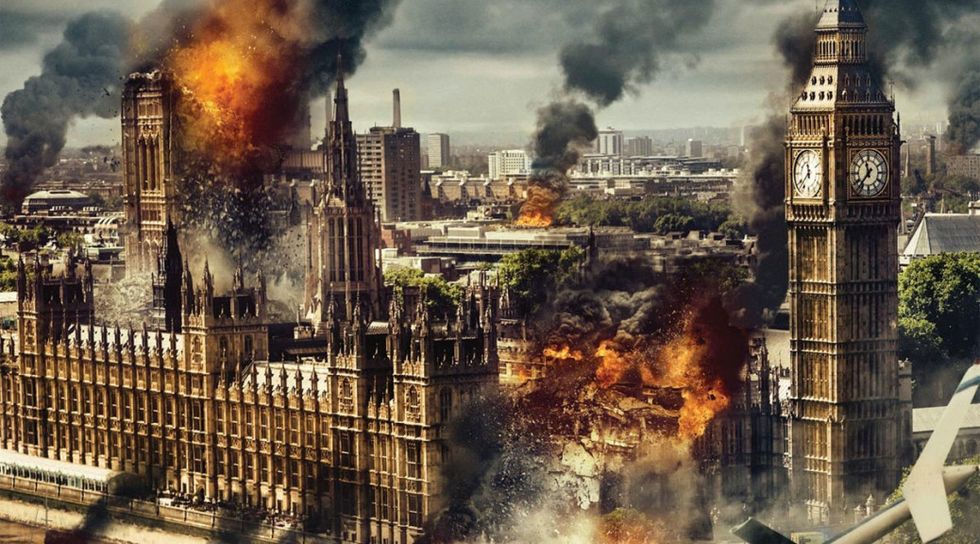 While we were all sleeping with John Lewis on the House Floor,  the United Kingdom voted to leave the European Union in a referendum that has sent shockwaves across the world. Don't worry though, that crashing sound you heard when you woke up was just xenophobic nationalists drunk on their own fear attempting to burn down another civilized society. While it's still too early to gauge the fallout from the so-called "Brexit," the celebratory fires and riots will eventually calm as a global hangover takes hold.

The narrow vote came down to 51.9% to 48.1%, forcing analysts, pollsters, and rational people around the world to wire shut their dropped jaws.

The vote to leave the EU was initially introduced by Prime Minister David Cameron in 2015, but the passing of the "Brexit" has now forced uncertainty among British leaders. Early Friday, Cameron announced he was going to jump off the sinking British ship, stating, “I do not think it would be right for me to try to be the captain that steers our country to its next destination."

In addition to Cameron's exit, two Labour Party MP's (they're like Democrats, but with monocles) introduced a vote of no confidence in Labour party leader Jeremy Corbyn.

Nigel Farage, the pasty British bootleg of Donald Trump who helped champion the "Vote Leave" movement, said, "I hope we've knocked the first brick out of the wall. I hope this is the first step towards a Europe of sovereign nation states," before stating he hoped other EU nations would follow suit, and that this was a triumph "without a single bullet being fired." That might sound crude and in poor taste, but this is also the same ignorant asshole who once insulted European Council President Herman Van Rompuy to his face by saying he had "the charisma of a damp rag, and the appearance of a low-grade bank clerk." Classy!

By some miraculous coincidence, American Cheeto Jesus Donald Trump was in Scotland to christen his new golf course, Turnberry. After jerking himself off all over reporters about how abso-fucking-lutely amazing it will be to play with plastic Trump™ balls on Trump™ sand and Trump™ grass, he reminded everyone that this was just the Britons taking their country back from the yucky brown people who were running for their lives from psychotic fundamentalists who want to kill them.

“When the pound goes down, more people are coming to Turnberry, frankly...For traveling and for other things, I think it very well could turn out to be a positive."

"Positive" may not be the best word to use when describing how quickly the the British pound (the colorful funny money those wacky Brits use instead of Euros or Ameros) took a nose dive over night. Almost immediately after the vote was announced, global markets fell faster than a broken TARDIS over Cardiff, with U.S. markets opening to massive sell offs.

That's right, pale, pasty neighbors from across the pond: just be quiet and take it. Embracing fear and white nationalism is going to to be great, you'll see. Trust us. You'll love it once it's happening. It won't hurt at all. Believe us.