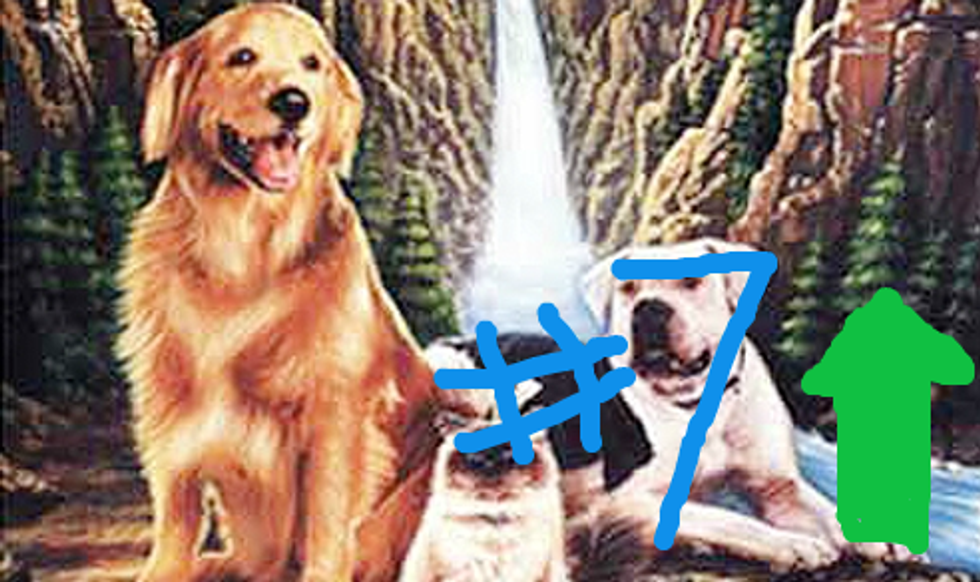 On Monday, if he's still around after the rapture (UNLIKELY!), Tim Pawlenty will officially announce his campaign for president. Okay! But there's still nobody in the race anybody, even wingnuts, would want to vote for. Once again, America turns to ourweekly undeclared Republican presidential candidate power rankings to learn who could swoop in and take the nomination. Who is down?! Et cetera?! (Note: All of last week's candidates died.)

Why he could win: We just said this zombie died again, and yet he's back for more! As long as there is one yuppie investment banker in this country who can still rape a woman on his yacht because of tax breaks, the dream stays alive.

Why he probably won't win: The liberal media and their feverish, inflammatory obituaries are CONTINUING to write him off.

Why she could win: While you were staring at her vacant face like an idiot, her soul came up behind you and slit your throat. Ha!

Why she probably won't win: Deathly allergic to expressions of human compassion.

Why he could win: Has business experience, but Republican voters are more familiar with him than Herman Cain, because he appears in commercials for their favorite mobility scooter. Also a plus: He's white!

Why it could win: Everything Americans love in one candidate!

Why he could win: Doesn't cut and run. You have to give him that.

Why he probably won't win: Hectic campaign trail schedule leaves no time to properly use the restroom.

Why he could win: This cheesy campaign slogan we're giving him free of charge: "Basil Marceaux: He's spicing up the election!"

Why he probably won't win: Enslavement by traffic stops, obviously.

7. THE GOLDEN RETRIEVER FROM THE MOVIE HOMEWARD BOUND

Why he could win: A strong leader. Somebody voters would like to feed a bowl of beer with. Tthey wouldn't feel intellectually inferior.

Why he probably won't win: Gotta have a sex scandal or two. There are already rumors of him licking his own testicles.

8. A FIFTY DOLLAR BILL WITH RONALD REAGAN'S FACE ON IT

Why it could win: Why isn't Ronald Reagan on any of our money considering he's the best president ever?!?!?!?! If any president would make it happen, it's this candidate.

Why it could win: A little affirmative action should clear that guilt over ruining the environment right up! It worked with electing a black guy, right?

Why it probably won't win: Voters tell pollsters they like trees, but once they get in the voting booth, their bias will never let them vote for one.

Why he could win: Voters love incumbent presidents! The Republican Party can nominate him and make Sarah Palin the vice-presidential candidate, and then impeach him once he gets elected.

Why he probably won't win: Seriously, they're not going to vote for a black guy.