Unemployed Loser Ex-Congressman Joe Walsh Goes Back To What He's Best At: Not Feeding His Kids 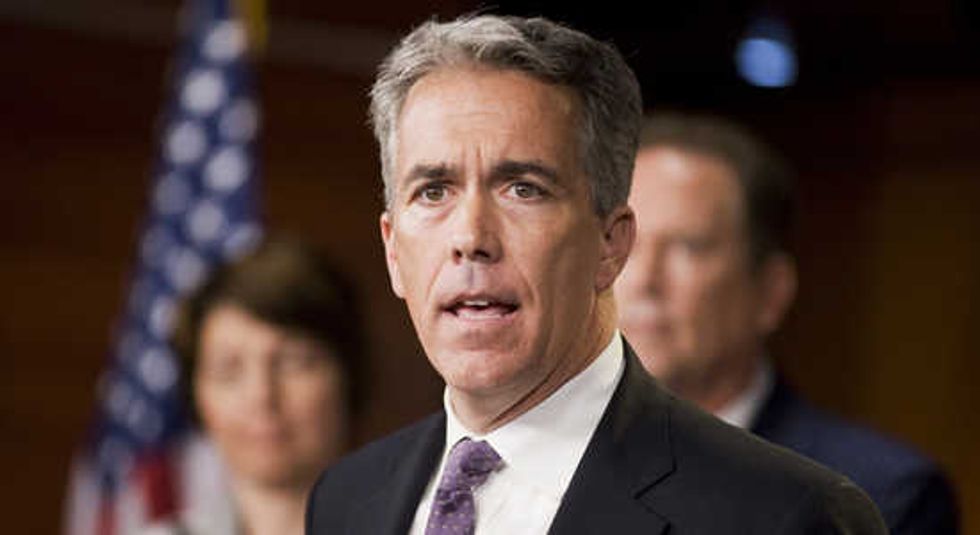 In the case of one dumb, defeated ex-congressman, Joe Walsh, being booted out of office after one term surprisingly did not provoke him into carefully reevaluating his beliefs and approach towards life. Instead, he quadrupled down on what he is best at: being a deadbeat motherfuckin' dad. Now that he has no job, the former Congressman is without a source of funds to pay his ex-wife the six figures he owes her in Child Support. Yes, it seems the man who frequently accused the President of “bankrupting the country” is having a bit of a cash flow problem:

“At one point, the filing asks to amend his payments to be equal to 20 percent of his income — which presumably is 20 percent of zero.”

The “I’m broke” defense is usually a failing strategy for the Non-Custodial Parent in any sort of Child Support hearing (kids kind of have a fundamental right to be provided for and stuff). Furthermore given that Walsh has a well-documented history of avoiding both his kids as well as the court hearings demanding that he pay support, it’s a bit surprising that he isn’t being found in contempt right now. To paraphrase Chris Rock, if Ex-Representative Joe Walsh was Joe Walsh the Ex-Con, his unemployment would be regarded as a voluntary refusal to pay and he would be in jail alongside the other deadbeat dads until he forked over a payment or two.

It’s understandable that Walsh, reduced to being one of the poors that he used to piss on as a matter of principle back when he was in office, might feel the need to spend his days wasting time on his Smartphone trolling people on Twitter (including a hilariously worthless threat to sue the Sun-Times journalist who broke the news about his latest attempt to avoid paying his arrears and currents support). However, as a judge will probably soon tell him, his legal obligation to his kids sadly takes precedence over his data plan. So look forward to seeing Walsh having his iPhone impounded by the court around the same time that Karl Rove crushes his puny little attempt at an insurrection.