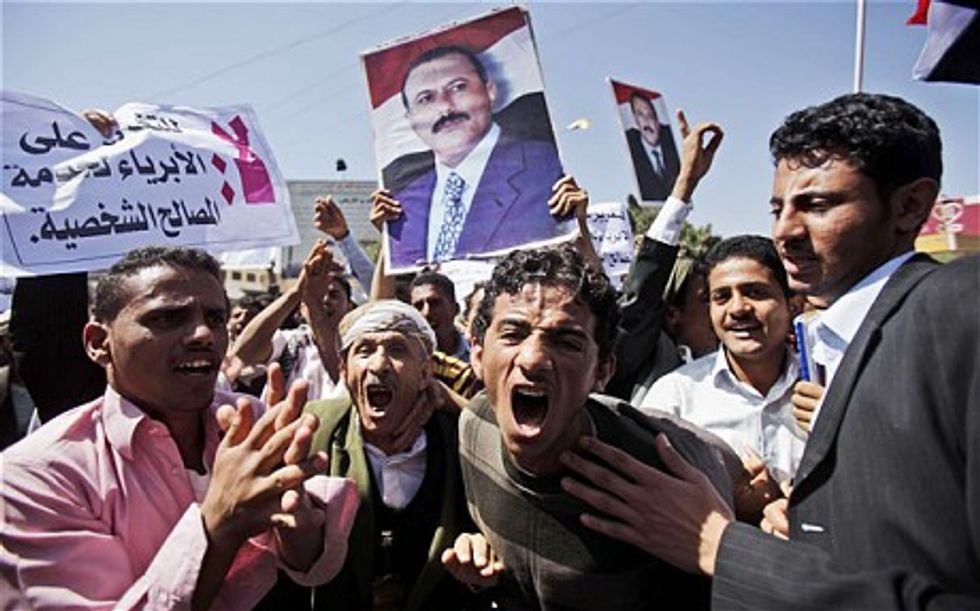 "Protestors stormed the Michigan capital yesterday on Thursday, prompting the police to use pepper spray," says the reporter over a video of people walking around in a fairly orderly fashion as they chant hey HEY, ho HO, et cetera cetera, like common terrifying thugs. Sadly, Pepper Spray Cop did not see fit to give any "food product" to the fellows from the Koch Brothers' "grassroots" Americans for Prosperity, who broadcast old Gipper speeches for the education and benefit of the union president's brothers.

What IS "right to work," you might want to know? "Right to work" essentially means that workers do not have to pay union dues even though they are reaping the benefits of union membership. And in all states that have passed Right to Work laws, wages are lower than in non-right to work states.

This, of course, is good for business, and also, for FREEDOM, and for "more and better jobs" and "a more effective Michigan," so Governor Rick Snyder is going to sign the bill in the next few days, presumably because the Republicans are tired of having political control of Michigan.