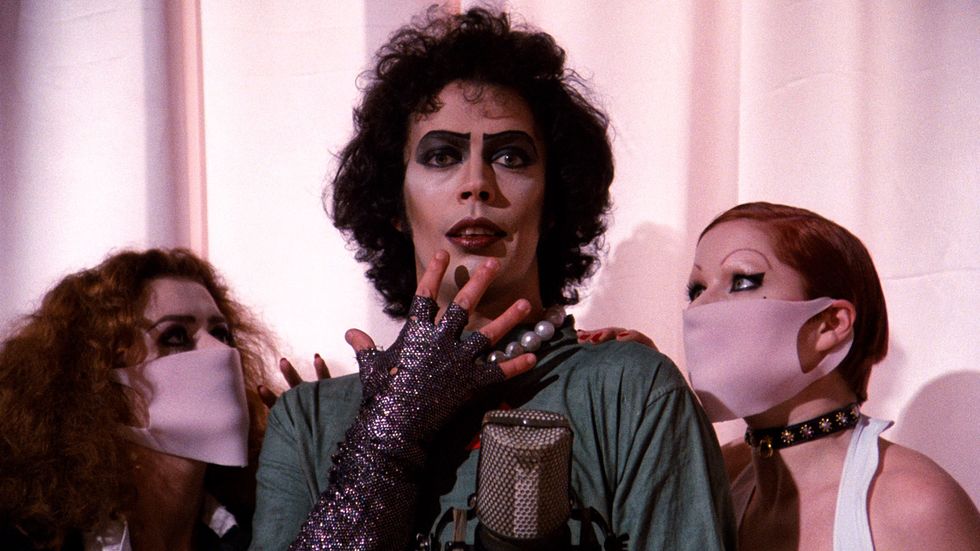 Hey ladies: You use the bathroom, to tinkle, right? How would you like to be raped in the bathroom, while you are trying to tinkle? No? Well, then, according to a poster at the University of Bristol, you shouldn’t trust the trannies, for they will rape you. It’s Science!

Poster found near women’s bathrooms at a university in the United Kingdom claimed that transgender women “rape women every 9 minutes.” Campus paper Epigram reported this week that the posters were found near the Wills Memorial Building toilets at the University of Bristol. “Women, If a man tries to enter the womens’ bathroom, please take these simple steps,” the poster states.

And what, pray tell, are those very important steps:

1) Kindly ignore the fact that men including transgender males rape women every 9 minutes. 2) Kindly surrender your boundaries. 3) Don’t worry about it, men know better than you do.

Well, yes, this is of course true, but does it apply even to men who are no longer men? We are confused. Also, we would like to see some data on this “transgender folks get rapey every nine minutes” thing, which sounds suspiciously like the kind of 100-percent-legit statistics our good friends at the Family Research Council would employ. Also, too, surrender your boundaries? The fuck does that mean?

This is a college campus, of course, so naturally it follows that the poster was a half-baked attempt at parody that is neither funny nor makes any goddamn sense. Kids these days, amiright?

The poster was thought to be a parody of a 2014 campaign by the UBU LGBT+ Society to remove stigmas about transgender people.

The anti-trans posters found this week were credited to the “MENZ+ Society,” which doesn’t exist at the University of Bristol. The Bristol University Feminist Society told Epigram that a group of “Trans Exclusionary Radical Feminists” (TERFs) could be responsible for the posters.

“I think that whoever has parodied the poster has, in every way, misinterpreted the campaign,” UBU LGBT+ Society President Jamie Cross told the paper. “In fact I think that anyone who believes that we have not considered the need for safety for all self-identifying women in public bathrooms has also misinterpreted what we were trying to achieve with the original poster.”

Here’s the thing these numbnuts were apparently trying to spoof:

Look on the bright side, Wonkeroos: Transphobia ain’t just for USAmericans anymore.

Speaking of transgender USAmericans: Just last night, “president” Barry Soetero, who himself was quite obviously involved in torrid homogay buttsecks as a younger man and covered up by straight-up murdering some dudes, even said the word “transgender,” which is kinda a big deal. (And he called gay marriage a civil right. Bamz is soooo our boyfriend again.) This acknowledgment made some Jesusers very uncomfortable:

Since then, a petition meant to be sent to Obama has garnered over 350,000 signatures. The petition calls for a national ban on reparative/conversion therapy, which some transgender people, such as Alcorn, say is dangerous and harmful. Two states, California and New Jersey, have outlawed the practice for minors, as has the District of Columbia.

Christopher Doyle, president and co-founder of [ex-gay group] Voice of the Voiceless, however, told The Christian Post that the push to ban this type of therapy "is for political purposes."

"If some individuals can change their sexual orientation, that proves that being 'gay' is not inborn, and therefore, some politicians may be less inclined to support full equality for LGBT citizens (including gay marriage), because if homosexuality is viewed as a clinical condition that can be changed, it's more difficult for gay unions to be thought of as equivalent to heterosexual marriages."

Chris Doyle would not like to be locked in a bathroom with a transgender, because you never know what shenanigans might occur. Wide stance, anyone?