Untangling Megan McArdle's Feelings About The Gays: An Exegesis We Undertake So You Don't Have To 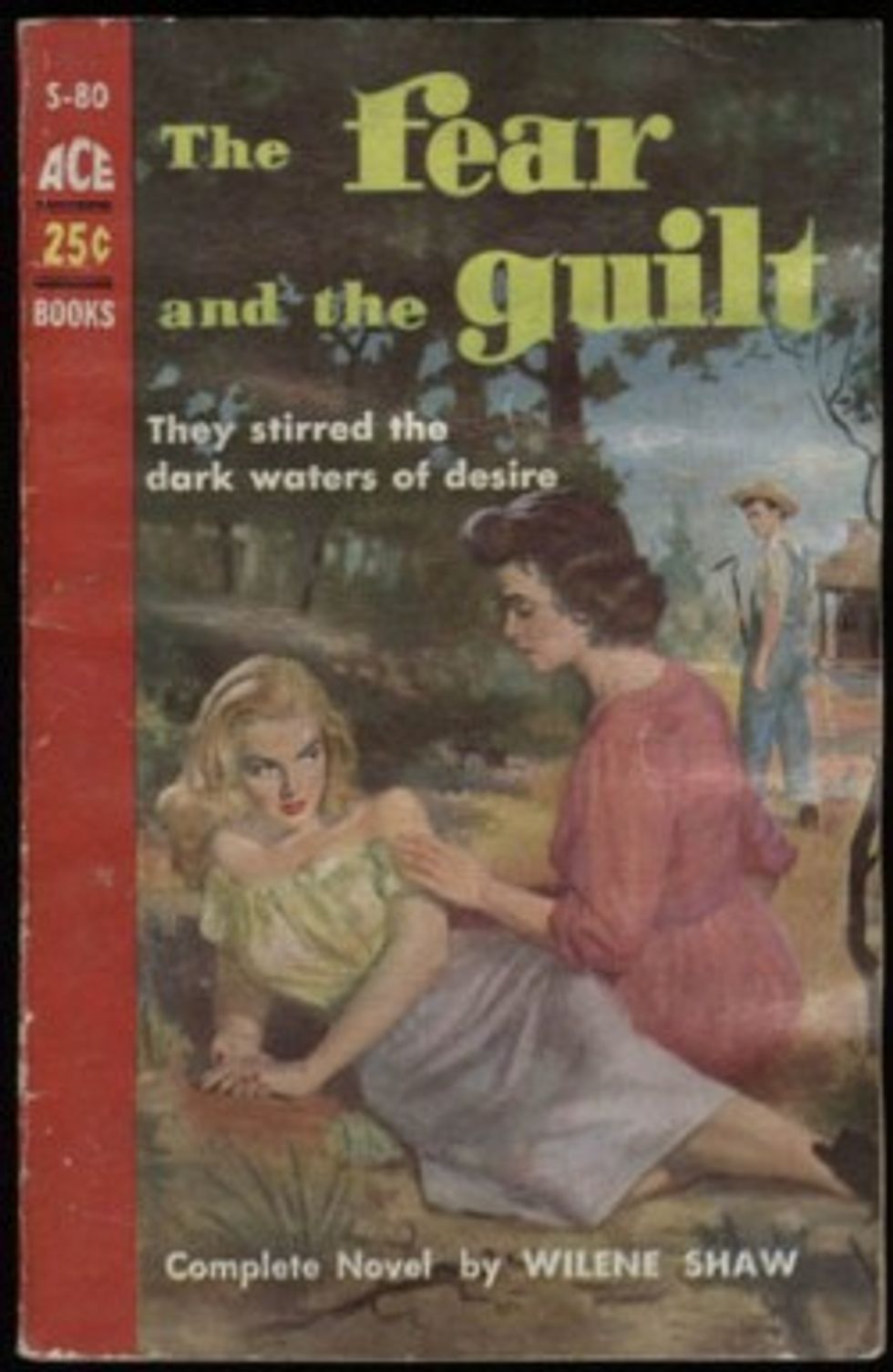 BREAKING: Yr Wonkette is about to start petitioning Our Glorious Leader, the Editrix, to pay us by the word. Clearly it is the hot new arrangement in blogging, because nothing else explains the fact that Megan McArdle consistently writes approximately 1 million words per post, and all of those are words that make no sense. She's Peggy Noonan without the semi-redeeming old lady drunkenness. Yesterday, McAdderal turned her attention to gay marriage andvomited up this word salad:

At this point, it's just a matter of time. In some sense, the sexual revolution is over . . . and the forces of bourgeois repression have won.

That's right, I said it: this is a landmark victory for the forces of staid, bourgeois sexual morality.  Once gays can marry, they'll be expected to marry.  And to buy sensible, boring cars that are good for car seats.  I believe we're witnessing the high water mark for "People should be able to do whatever they want, and it's none of my business." You thought the fifties were conformist?  Wait until all those fabulous "confirmed bachelors" and maiden schoolteachers are expected to ditch their cute little one-bedrooms and join the rest of America in whining about crab grass, HOA restrictions, and the outrageous fees that schools want to charge for overnight soccer trips.

Before we make fun of this, we have to untangle th' fuck it means. Let's try this: if the gays get married, the sexual revolution is over because only gays that were otherwise sadly hiding their lives as bachelors and schoolteachers will buy houses and then they will not have the hot fucking sexytime anymore, because clearly the hotness of gay sex is tied to having to hide it and lie about it. Do we have that right? We have that right, and JESUS FUCK SHUT UP MEGAN MCARDLE. Sorry that gay marriage means you can't fap to thoughts of closeted one-bedroom-dwelling gays having teh sex. Sorry that gay marriage means that gays get what you have - rich delicious marriage - and therefore cannot be your poster people for some creepy 1950s view of sex that you have. Sorry that gay marriage means that those lucky ducky gay folks who used to hide who they were and get the living shit beat out of them if they were found out and lost jobs and lived lonely lives are no longer the happy-go-lucky fuck machines they surely were, because who DOESN'T want to hide key parts of their lives and have fewer rights?

We slogged on through a LITERAL (ok, not actually literal, but it sure as hell felt endless) mesozoic era of words to try to figure out if this would ever make more sense. NOPE!

But moral history is not a long road down which we're all marching; it's more like a track.  Maybe you change lanes a bit, but you generally end up back where you started.  Sometimes you're on the licentious, "anything goes" portion near the bleachers, and sometimes you're on the straight-and-narrow prudish bit in front of the press box.  Most of the time you're in between.  But you're still going in circles.  Victorian morality was an overreaction to the rather freewheeling period which proceeded it, which was itself an overreaction to Oliver Cromwell's puritanism.  (Cromwell actually did declare a War on Christmas, which he deemed to be sensuous paganism.)

Yr Wonkette is really in awe of that paragraph, because it is the greatest metaphor pileup of all time, and then it goes on to incoherently tack on something about Cromwell?! The blogging world really is missing random references to Cromwell, and we will now endeavor to call more people "Roundheads" and namecheck the New Model Army when we get a chance.

We can't possibly cut and paste too much more of this thing, because we do not hate you that much, but let's hit the high points, shall we? TRIGGER WARNING: THERE ARE NO HIGH POINTS. McArgleBargle yammers on about how John McCain and Newt Gingrich had multiple wives, but that is not true for new-ish Republicans who are still shackled to their first wife. We think she thinks this is bad? But maybe not? Does this mean that the gays are wrecking marriages by making everyone stay married because we are now all Victorians and if not for the gays, Bobby Jindal could be on wife number 6? WE DON'T KNOW!

After that, we lurch to another data point wherein Megan splats another 25,000 words or so onto the page and explains that late marriage is bad, because then people don't make babies soon enough, but she got married late, so she's not judging. And rich people get married more than poor people -- which is good for the rich people because "benefits" -- but this is a failure on the rich people's parts because the rich people have not forced the poor people to get married like them, which would be good? Even though marriage kills sexual revolutions, which is bad? Then there is something about smoking.

Are you confused? We're confused. McMegan attempts to salvage this stream-of-consciousness burbling with a big finish:

Of course, predictions are hard, especially about the future.  Nonetheless, here is mine: whatever the Supreme Court decides, gay marriage will soon be legal throughout the land.  But this will not mean that we drive ever onwards towards greater sexual freedom--rather, it will mean quite the reverse.  The sexual revolution is over.  And the revolutionaries lost.

THIS IS NOT AN ENDING. Well, it is an ending in the way that the finale to Lost was an ending, which is to say it makes no goddamn sense at all and fails to resolve any of the mysteries of the preceding information. Of course here the biggest mystery of all is why the fuck Megan gets a sweet-ass highly paid gig at the Daily Beast and yr Wonkette toils in the shadows. Won't someone think of the Wonkette????