US Senator Jeff Sessions Is A Buzzkill And A Total Narc 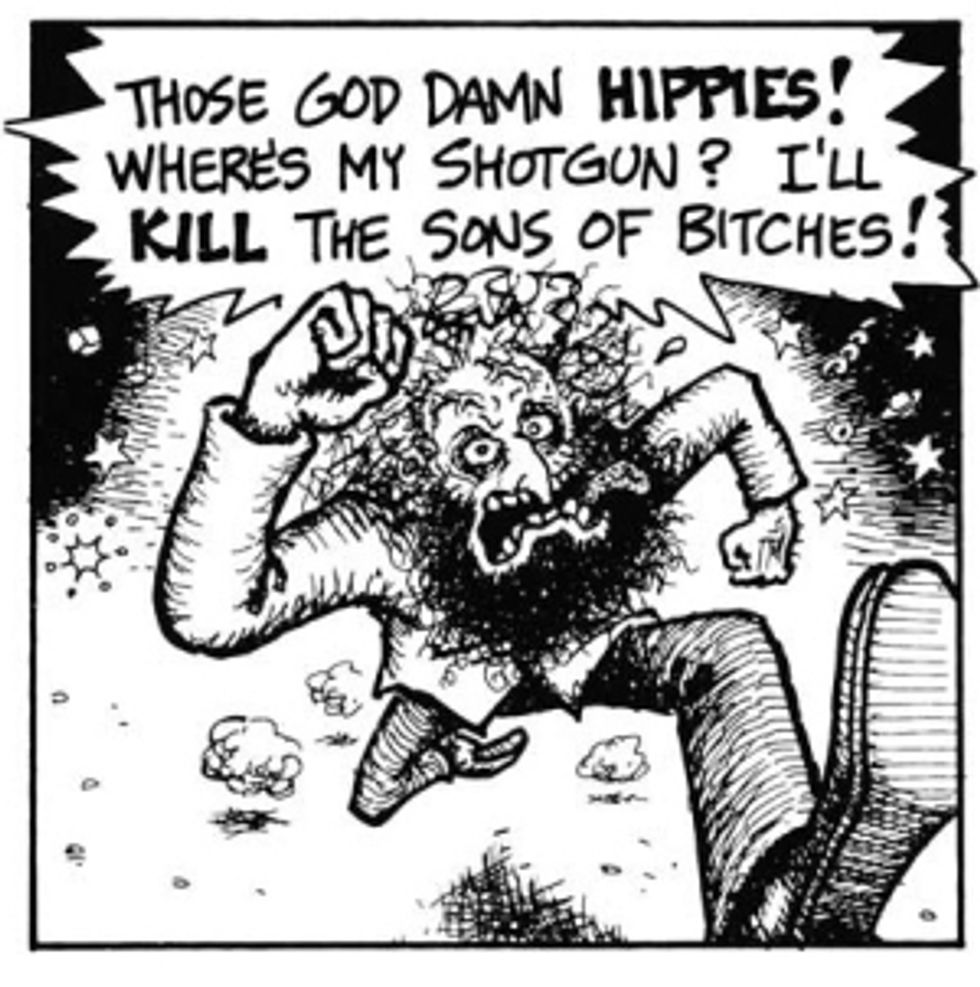 Oh noes! The nation's top Law Enforcement Officer made a joke about weed! Doesn't he know thatpot kills and that it is NO LAUGHING MATTER? What is our once-great nation even coming to when the FBI Director can say something as horrible and shocking as the thing that was said in a hearing by James Comey on Monday! Explaining that the Bureau is having a hard time recruiting "white hat" hackers to fight cybercrime, Comey admitted that the FBI was "grappling with the question" of whether to loosen the restriction on hiring people who have ever smoked the Devil Weed, and even joked -- joked!!!!! -- that some of the prospective job candidates "want to smoke weed on the way to the interview." And yet, instead of being cool with it, and maybe even doing some lines (hah!) from the classic "Dave's not here" routine, Alabama Sen. Jeff Sessions had to go and be a total narc about it.

Do you understand that that could be interpreted as one more example of leadership in America dismissing the seriousness of marijuana use and that could undermine our ability to convince young people not to go down a dangerous path?"

Christ, what a buzzkill. Worse, instead of responding, as any sane adult would, "Way to harsh everyone's mellow, man," Comey tried to make nice, explaining that he was trying to be "both serious and funny." Damn, man, you know you can't pull that shit with a narc, man. That never works, man. You are SO BUSTED, Comey. He's gonna like, ground you and shit.

The Wire points out that Comey's comments arrive at a time when politicians continue to struggle with the important question of whether or not they ever inhaled, because somehow it is far better to bullshit about it like Bill Clinton did than to just acknowledge, "Yeah, I did, and you may have noticed that I'm the goddamn President of the United goddamned States, not giving handjobs for heroin in a bus station restroom, so stop pretending that a single toke will lead to everyone working the corners with Marlo and Wee Bay for chrissakes." Also, if you ever joke about a thing, you are clearly advocating that thing and may do it yourself, which is why so many junior high school boys grow up to get jobs unloading trucks full of dead babies with a pitchfork.

The latest example of a politician tying himself into knots over the question is Marco Rubio, who in addition to not knowing whether to believe in climate science, also refused to be the least bit honest about leafy herbs:

Look, if we can't maintain a hypocritical stance about the dangers of marijuana, how can we possibly convince kids not to be deathly afraid of it?