Utah Republican Pretty Sure You Can't Rape Your Wife, Cuz, Like, She's Your Wife 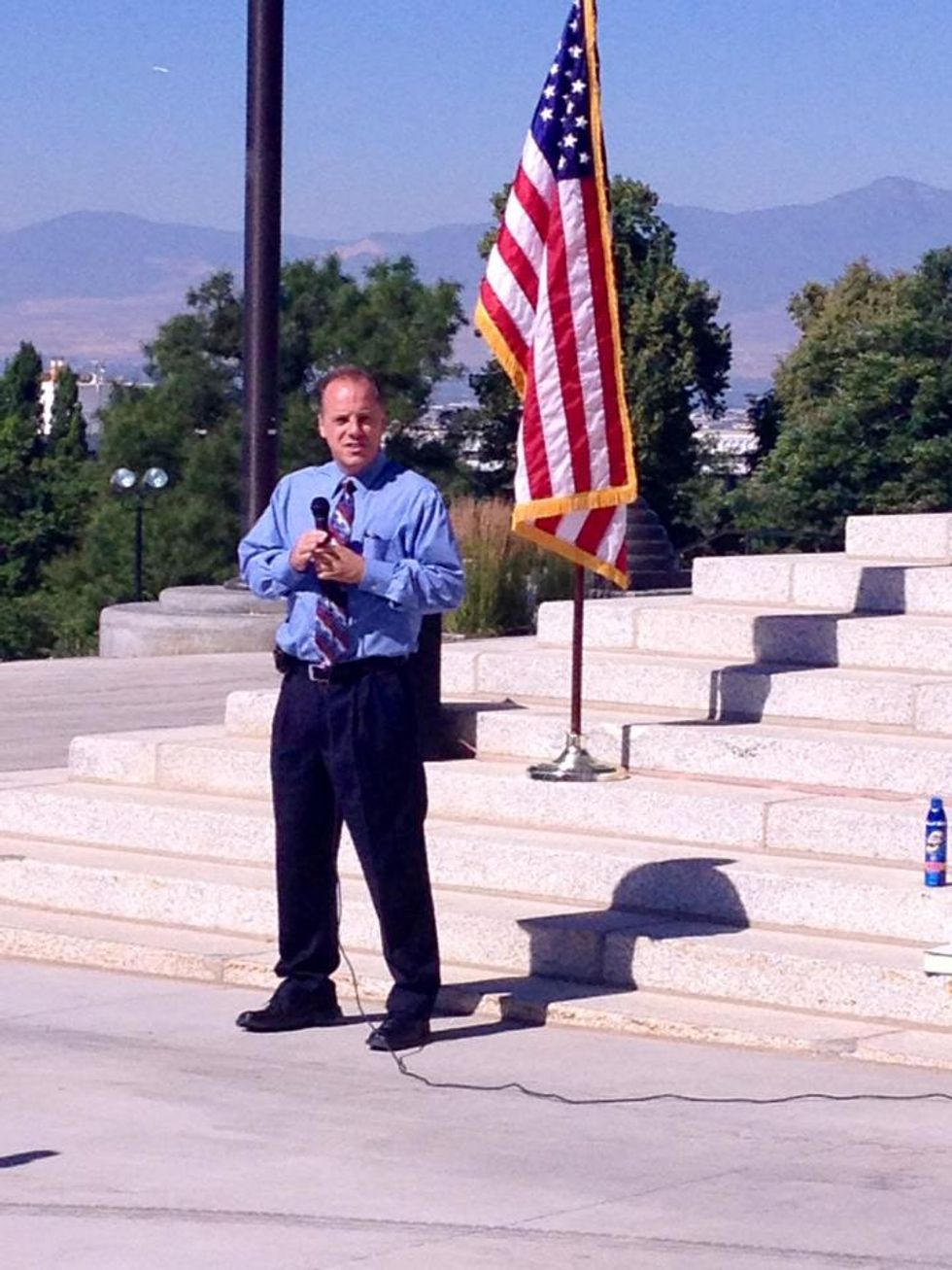 It sure is tricky to know when it it OK to rape a lady or other kind of person.* Like, if that person is unconscious and can't say "Yes, please sex me so good, baby," that might be rape, right? The Utah legislature thinks maybe that is right, so it is debating a bill, H.B. 74 Consent Definition for Sexual Offense, to clarify that, among other things, "when the defendant knows the victim is unconscious or unaware, the provision requiring proof that the victim has not consented is removed."

Good idea! Seems basic enough. But hang on, hang on. Rep. Brian Greene, the distinguished lifelong Republican and family man from Pleasant Grove, who is also a member of the member of the Utah State Bar, the National Rifle Association, and the Tenth Amendment Center, has a Very Important Point on this matter:

"If an individual has sex with their wife while she is unconscious ... a prosecutor could then charge that spouse with rape, theoretically," said Rep. Brian Greene, R-Pleasant Grove." That makes sense in a first date scenario, but to me, not where people have a history of years of sexual activity."

So, in Brian Greene's world, if you do sex to a lady when she is blacked out on a first date when you have only bought her the surf and turf special one time, that is rape because she cannot say "Yes, let's have sex." But if you have bought her so many dinners and flowers and a forever-diamond ring, and she has washed the poo stains from your undies and put up with your mother through a whole bunch of awkward holiday dinners ... well, come on. She must want it, right? How could she not? Even if she is too unconscious to say, "Yes, I want it," given that she has wanted it all those other times, certainly she wouldn't mind this one time.

This is what keeps Brian Greene up at night, while his wife is asleep next to him, probably hoping he's too concerned about work ... given their "history of years" and all. But look, it's not like Brian is saying it is OK to bang a lady when she's unconscious ALL the time, because "it's abhorrent" to him. He's just askin' questions, like, whether it's "rape in every instance — dependent only upon the actor's knowledge that the individual is unconscious. That's the question. That's what I struggle with."

Don't struggle so hard, buddy. The answer is "yes." If you know the person you are banging is unconscious and can't say "mmm yes please," then you should not do that. Even if you are married. And if you do that, and your wife goes to the cops the next day and is all, like, "He banged me in my sleep, the son of a bitch!" then yes, prosecutors should be able to prosecute you for doing rape, even if you have had non-rape sex with her in the past. There's your answer, you're welcome, the end.

*It is not actually tricky to know when you can do rape because the answer is never. Here is your PSA reminder.