Very Nice Lawyers Cease-And-Desisting The Hell Out Of Our Bernie Sanders Shirts. Buy Yours Now Or Never! 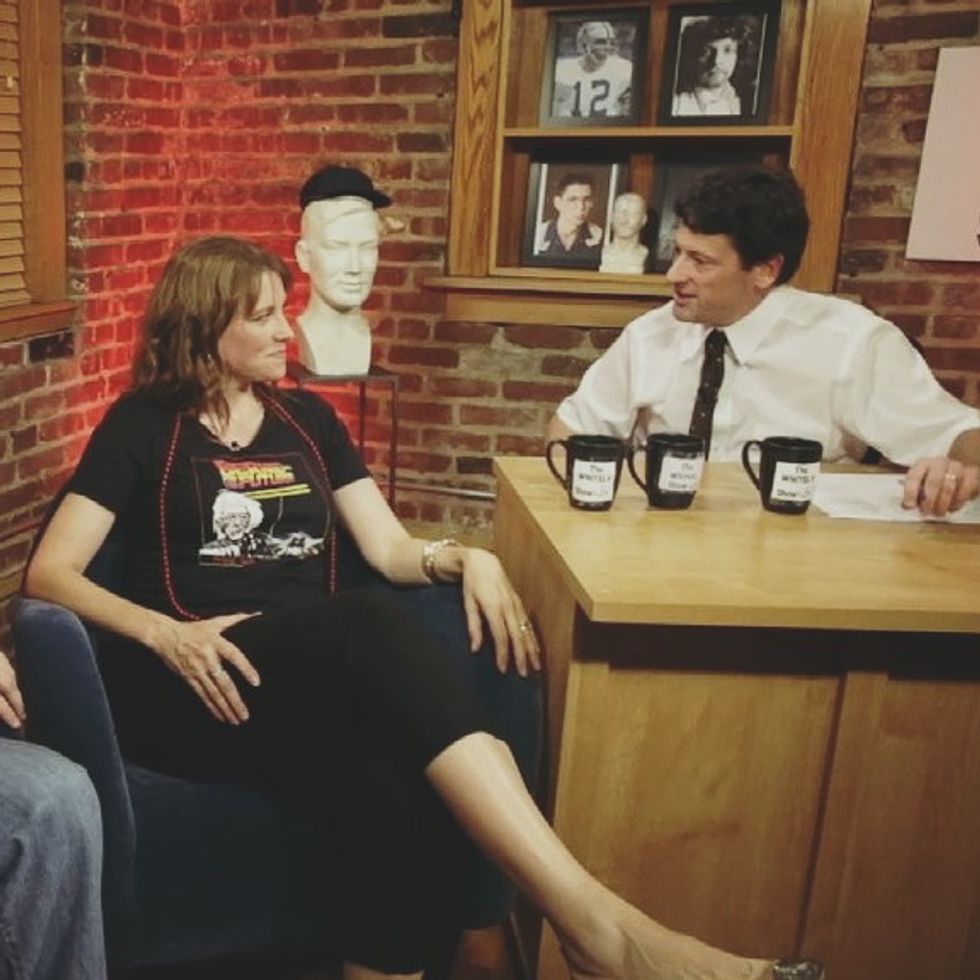 Last week, we got a nice note full of nonsense from a lawyer at Universal who claimed that our Bernie For The Future shirt, in which the role of Doc Brown is portrayed by a certain Socialist senator from Vermont, might confuse stupid Americans into being confused. Well! While we maintain that we have an excellent case for parody/fair use, it would be foolish of us to try to fight Universal's lawyer corps. That'd be like General Custer trying to fight Crazy Horse's warriors who numbered "more," except in that analogy we would be Custer, and the Universal lawyers would be Crazy Horse, and we think you will agree it should be the other way around, because WE'RE THE GOOD GUYS HERE AND THAT BASTARD CUSTER NEEDED KILLING.

The point stands though that we would be a mite outnumbered.

But there was a silver lining to that stupid trademark troll cloud, and that is that the nice Universal lawyer said we could keep the Bernie shirts and cups up for two weeks without them being a total bitch about it, as long as we took them down off our "web-site" after that.

So we will not be printing any more Bernie shirts (OR CUPS), and you should buy them now before they are gone, especially if you are a small or a medium, because we have like 60 each of those.

You could buy one for the important moments in life, like when your wife is delivering your heiress.

You could buy a cup to make each morning smarter, passionater, and more decent.

(the bernie is on the other side)

You could buy one for you and a friend.

Or you could buy one to wear on a teevee chat show!

If you buy a cup, be prepared to wait five weeks for us to get home where we left them before we headed off to Iowa and New Hampshire and South Carolina and Oklahoma (BUT BUY THEM NOW). Man, that is a long #wonkebago trip! We promise not to #everforget.