Very Sane Montana Republican Will Let You Retire At 600, Maybe 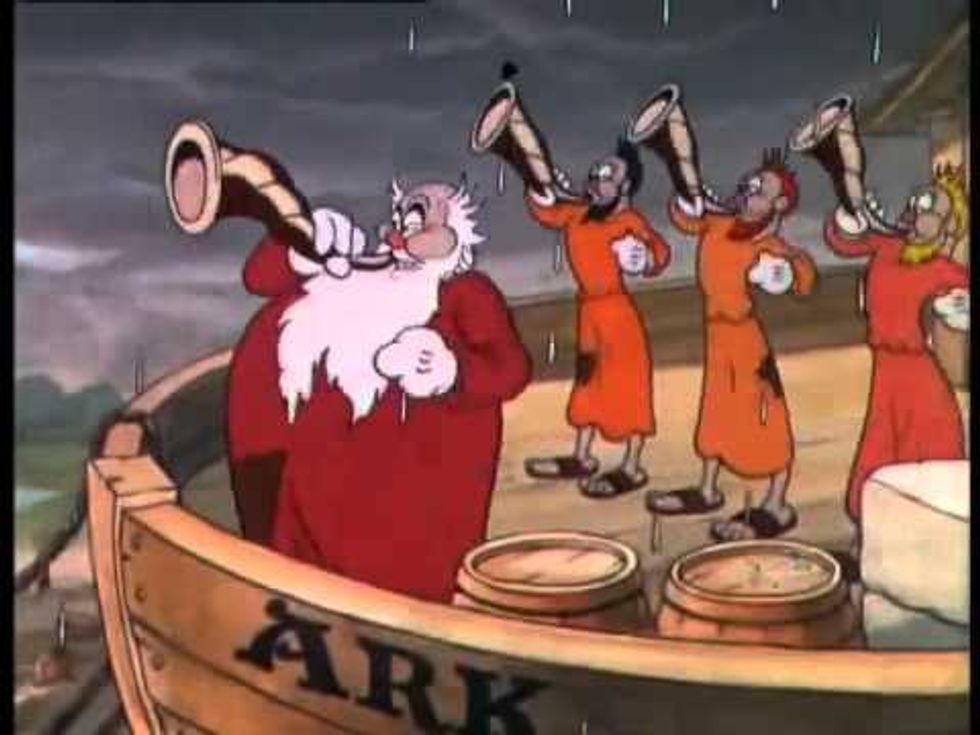 In Montanastan, there's this rich techie guy, Greg Gianforte, a Republican who's giving some thought to running for governor in 2016, just like every other successful business guy who's ever thought that running a state is exactly like running a tech company. He's very big on evangelical Christianity, and thinks that people ought to live their faith -- like maybe never retiring, because there's no such thing as retirement in the Bible. Just how literally he wants people to take that is open to question.

Mr. Gianforte first came to Yr. Wonkette's attention last year when the billionaire creationist gave the commencement address at Montana's top science and technology school, Montana Tech -- because if there's anything a bunch of mining engineers need to know, it's that the Earth is 6000 years old.

HuffPo found some nifty audio of a talk Gianforte gave in February at Montana Bible College about why God wants us to work. Forever. Most of it is the usual Protestant Work Ethic stuff about honoring God through work, with an interesting digression about how work itself is not the result of the Fall; rather, work just got a lot harder because God cursed the ground, making it a lot harder to scratch a living out of it. Thanks a lot, Adam. And then there's this interesting point about retirement, which Gianforte apparently has issues with:

"There's nothing in the Bible that talks about retirement. And yet it's been an accepted concept in our culture today," he said. "Nowhere does it say, 'Well, he was a good and faithful servant, so he went to the beach.' It doesn't say that anywhere."

"The example I think of is Noah," he continued. "How old was Noah when he built the ark? 600. He wasn't like, cashing Social Security checks, he wasn't hanging out, he was working. So, I think we have an obligation to work. The role we have in work may change over time, but the concept of retirement is not biblical."

Now, this doesn't necessarily mean that if Gianforte beats incumbent Democrat Steve Bullock in next year's gubernatorial race, he'll immediately start phasing out retirement. No, not at all. HuffPo heard back from a spokesman for Gianforte's Better Montana Jobs nonprofit, who explained:

[Gianforte] was speaking "to the idea that we should all be good stewards of the unique gifts and talents we each have been given."

"Greg believes in the virtue and nobility of work, and that each individual can serve others using their given skills, no matter their age or stage in life," he added.

Well that's a relief! So don't take that sermon too literally, although Gianforte is a big fan of taking the Bible literally whenever possible, which is why he's helped to fund a Creationist museum in Glendive, Montana, through the "Foundation Advancing Creation Truth (FACT)," which we have to admit is a pretty catchy acronym. The museum's webpage has this exciting explanation of what's wrong with most other museums:

When you visit a major natural history museum today, you will see wide-eyed elementary and preschool children (not to mention their parents and teachers) being funneled into an abyss of scientific deception. No matter whether it’s the study of animals, earth science, or astronomy, the wonders of God’s creation are prostituted for evolutionism. And the end result is just more confusion, mystification, and cynicism in the lives of our young people and adults.

Needless to say, Gianforte is also not cool with the Homosexual Agenda, not even the parts that involve brunch. He fought against a 2014 LGBT nondiscrimination bill in Bozeman, taking issue with the idea that discrimination is bad for business:

"Homosexual advocates try to argue that businesses are leery of locating in towns that aren't friendly to homosexuals. I believe the opposite is truer," Gianforte wrote in an email to Bozeman Mayor Jeff Krauss and Bozeman city council members.

The law passed anyway; as far as we know, Bozeman has not yet been destroyed by a pillar of fire.

Earlier this month, Gianforte told the Flathead Beacon -- which is now officially our favorite name for a newspaper anywhere -- that he's still undecided, but definitely really possibly going to run for governor: "It’s an extremely big decision. I am seriously considering it, but I have not made a final decision,” he said.

We're not sure it will help him make up his mind, but we would like to point out to Mr. Gianforte that "elections" and "representative democracy" are not mentioned anywhere in the Bible. If he really wants to live his faith, he may want to consider becoming a goatherd or a Pharisee or something, respectable work.