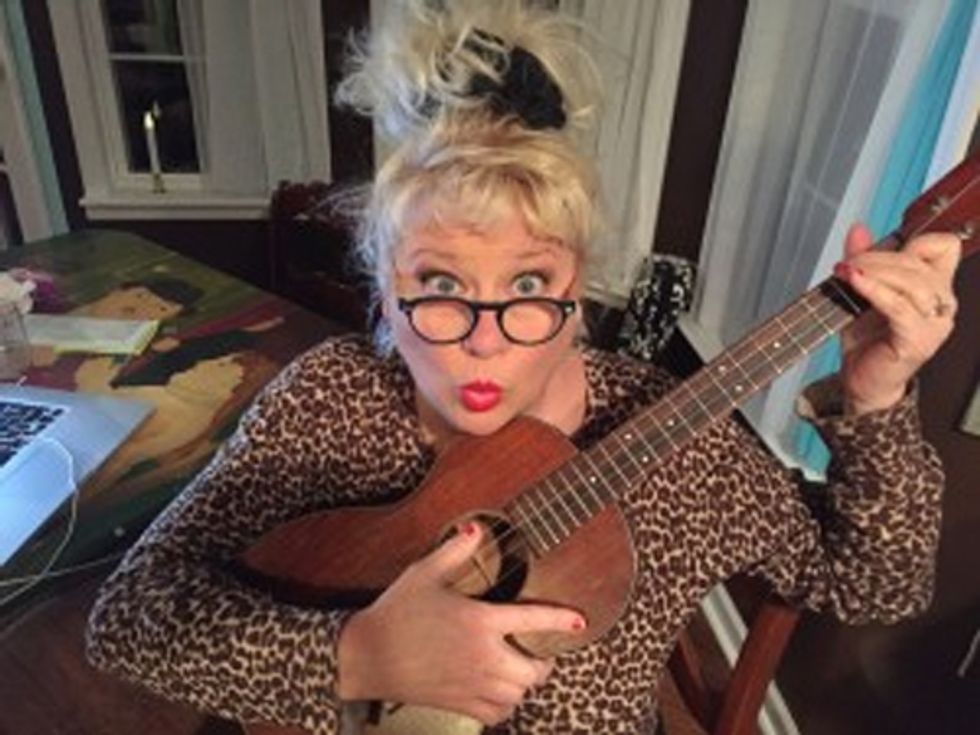 Wonkette frenemy Victoria Jackson asked a very important question the other day: "Is Obama a Muslim or a Jihadist?" Turns out that it was a trick question, because there's no real difference!

The only thing remarkable about the post was that she ran the collection of half-quotes and rumors a good six years after pretty much every other wingnut on the planet did. She even dragged in a video where Obama "admits" to being a Muslim. So now she has finally convinced herself of this important fact, the former Saturday Night Live cast member and failed county commission candidate has gone and written a song about the Muslim man in the White House, and she promises us the final version will be ready any day now:

People on the street are talking about the fact that There’s a Muslim Living in the White House. A Muslim Communist. His dad was a Muslim Communist. At least, the guy we think was his dad. The evidence is stacking up and there just has to be a song about it. Recorded earlier this week at Ray Stevens’ studio and in editing at the moment. Stay tuned.

We don't know which people or street she's talking about, because what we hear from people on the street is that they're under pressure, ee-da-dee-da-dey, although they'd also be open to giving love one more chance. And yes, that's Ray Stevens, the guy who used to write mildly funny novelty songs like "Gitarzan" and "The Streak," but has more recently found his niche as a Tea Party songsmith.

But while we wait for the final, polished version, here's a preview!

The teaser lyrics are pure genius:

There's a guy in the White House

Who doesn't believe in God!

He believes in Allah,

And the Holy Koran.

He says that he's a Christian

but we know he's a Muslim man!

We have every expectation that the final product will be every bit the comedy smash hit as the ballad that it's a sequel to, "There's A Communist Living in the White House":

Just wait til she hears about Benghazi!