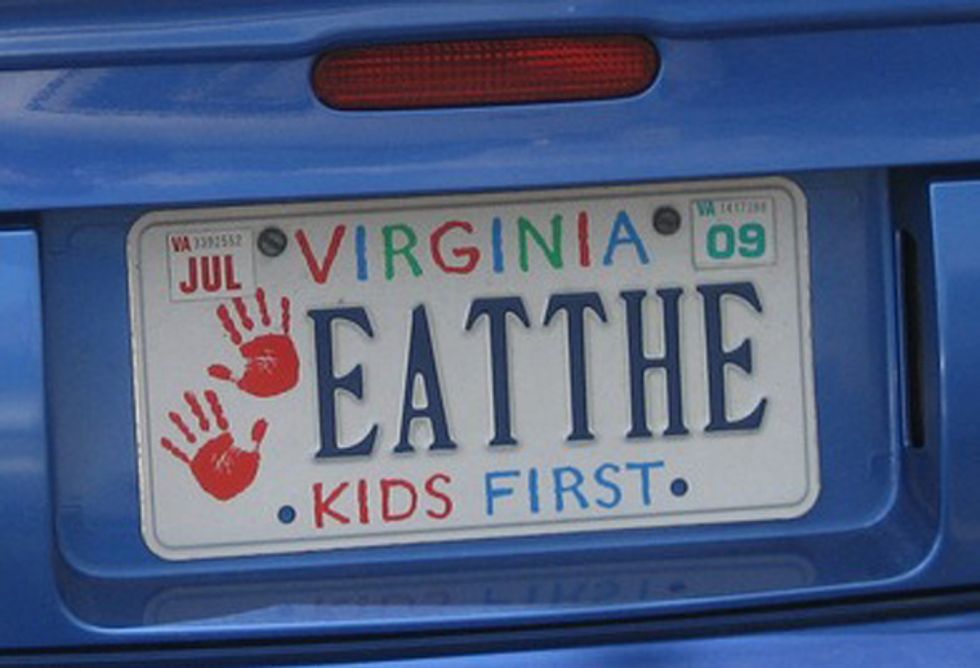 Ken Kkuccinelli – sorry – Cuccinelli – sorry – Saint Cooch Nobortions is going to lose Virginia’s governorship to Terry McAuliffe, a muppet. Maybe Cooch is losing because Cooch’s ideas are bad and wrong, like for example he wants to criminalize sodomy again, and he wants to get rid of abortions. Maybe it’s because people associate him with E.W. Jackson, because of how they’re both running for statewide office as Republicans and they’re both super interested in seeing what happens when you govern a modern US state based on their Double Fantasies of What Would White Capitalist Gun-Having Jesus Do?

Either way, he’s losing. But can NARAL Pro-Choice America pile on, and humiliate Cooch Screwed The Pooch even more utterly? Like for example by releasing a video that directly ties him to the “Crisis Pregnancy Centers” that are funded by Virginia’s “Choose Life” license plates, where women are told terrible lies that could harm their health? YES THEY CAN! Boy, can they ever:

But that’s not all the terrible lies that NARAL Virginia was able to O’Keefe out of Ken Cuccinelli’s beloved Places That Lie To Women. The ones that didn’t make for such snappy ad copy are here. Our “favorite” is probably “Having an abortion will damage all of your future relationships.” Seems reasonable and full of Science Facts.

But we were curious about these “Choose Life” license plates that fund the Crisis Pregnancy Centers. Kandidate Ken “led the fight on the Senate floor to adopt” these silly things, and we were sure we had a GOTCHA! because they definitely don’t have a “Choose Abortions!” plate too, right? Except they kinda do! Trust Women. Respect Choice. That’s awesome! And the funding goes to Planned Parenthood, except it “shall not be used to provide abortion services.” That’s fine, it can provide office supplies, so Planned Parenthood can assiduously document all the abortions they’re providing! Dollars are fungible, y’all!