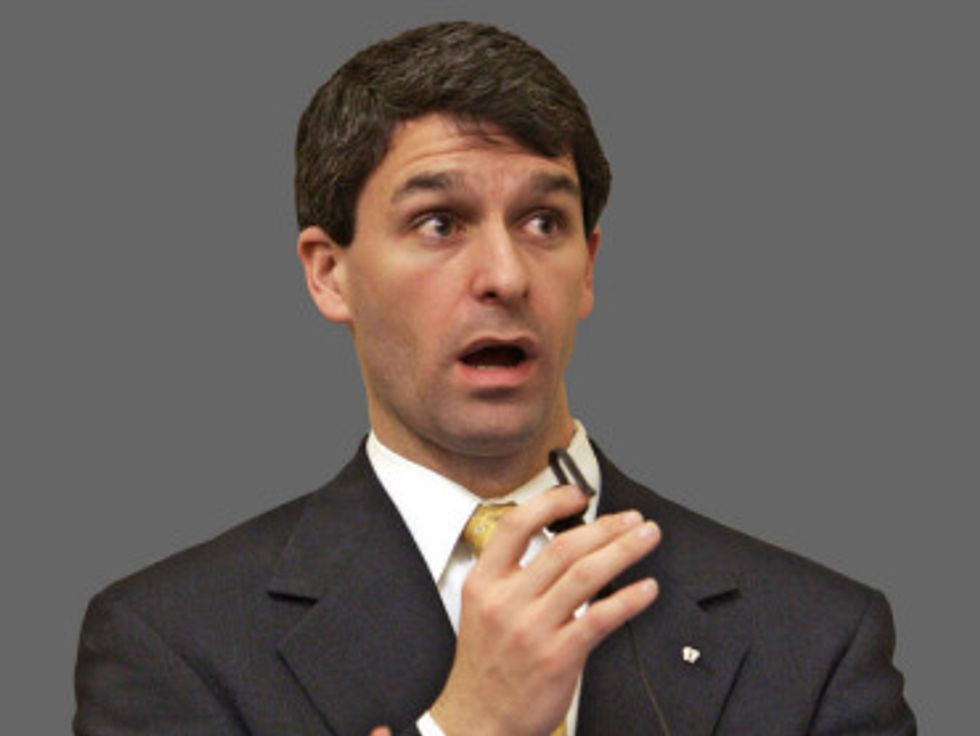 In 2003, disgusting perverts like you celebrated the landmark 6-3 decision in Lawrence v. Texas, which invalidated laws against sodomy in Texas and across the nation. The Supreme Court ruling meant that you’ll only face God’s judgment for whatever foul things you and your consenting adult lovers do in the privacy of your basement sex dungeon.

Virginia Attorney General Kenneth Cuccinelli has filed a petition with the 4th Circuit U.S. Court of Appeals in Richmond asking the full 15-judge court to reconsider a decision by a three-judge panel last month that overturned the state’s sodomy law.

The three-judge panel ruled 2-1 on March 12 that a section of Virginia’s “Crimes Against Nature” statute that outlaws sodomy between consenting adults, gay or straight, is unconstitutional based on a U.S. Supreme Court decision in 2003 known as Lawrence v. Texas.

That’s right -- Virginia’s law outlawed sodomy (known colloquially as “ew, buttsex” by fourth-graders everywhere) not just between immoral homosexuals, but also immoral straight people who apparently aren’t even aware they have the parts to do it the normal way.

Poor Cuccinelli must be tortured by constant thoughts of Virginians of all stripes having nasty sex in the butt right now when there’s absolutely nothing he can do to stop them, not even storming into their houses and then maybe they ask him if he might want to join them but no that’s not God’s plan SO STOP THINKING ABOUT IT ALREADY.

So if you live in Virginia and like sodomy -- and let’s be honest, who doesn’t? -- better get in as much as you can before Ken Cuccinelli makes it illegal again. Except that he won’t, because apparently he doesn’t know how Supreme Court rulings work.