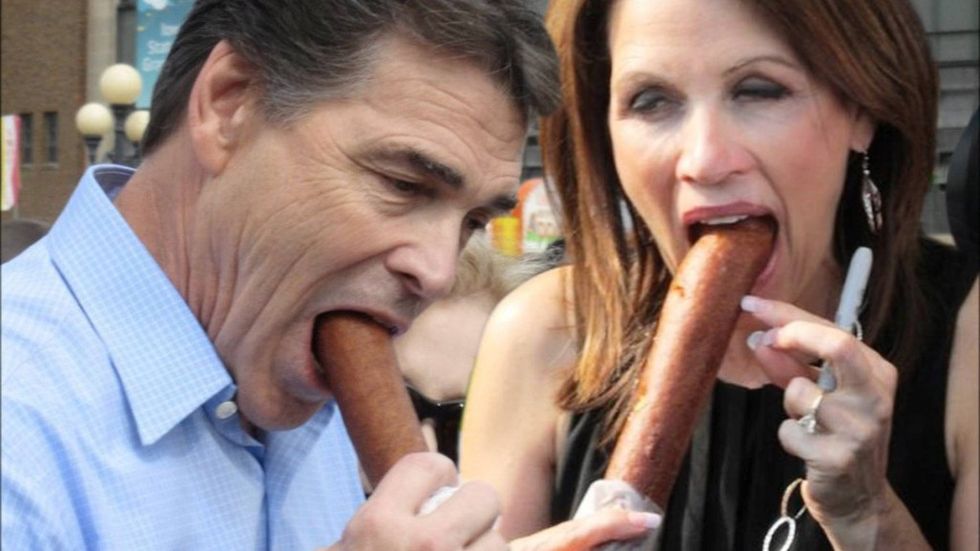 Virginia is now really, truly for lovers. And not just the boring penis-in-vagina kind of lovers, but now you can put your naughty bits in whatever orifice you would like, even in the butt! Per WaPo:

[B]ecause of the way the code was written, the “crimes against nature” statute was still being used to prosecute other sex crimes. Former attorney general Ken Cuccinelli II attempted, unsuccessfully, to revive the law under such circumstances last year.

However, there are plenty of other laws against actual sex crimes. Cuccinelli was just being a giant dick by trying to use this law and keep it on the books, because knuckle-dragging narrow-minded bigots and assholes who make up the social conservative wing of the Republican Party really like these stupid laws on the books. In fact:

More than a dozen other states still have sodomy bans on the books. A lawmaker in Louisiana is pushing to undo that state’s ban but faces opposition from social conservative groups.

Perhaps the social conservatives and religious nutjobs should be a little cautious. Clearly none of us were there, but historical records indicate that Jesus hung out for three years with a bunch of dudes. We’re not saying definitively that there was a relationship with Peter’s peter that caused JC to call him ‘the Rock,’ but who knows that happens when you turn one too many jugs of water into wine?

As for the good people of Louisiana, we recommend that instead of a sit-in, you stage a ‘sit-on-my-face-in.’ We would like to see at least one protest poster saying ‘Mustache Freedom Ride For Freedom,’ also, too. If you need practice, we suggest a lovely trip to Virginia, where this weekend we encourage all Virginians to make full and extensive use of your newly granted liberties.