Virginia Rep. Dave Brat: Why Won't All These Women Stop Bitching At Him? 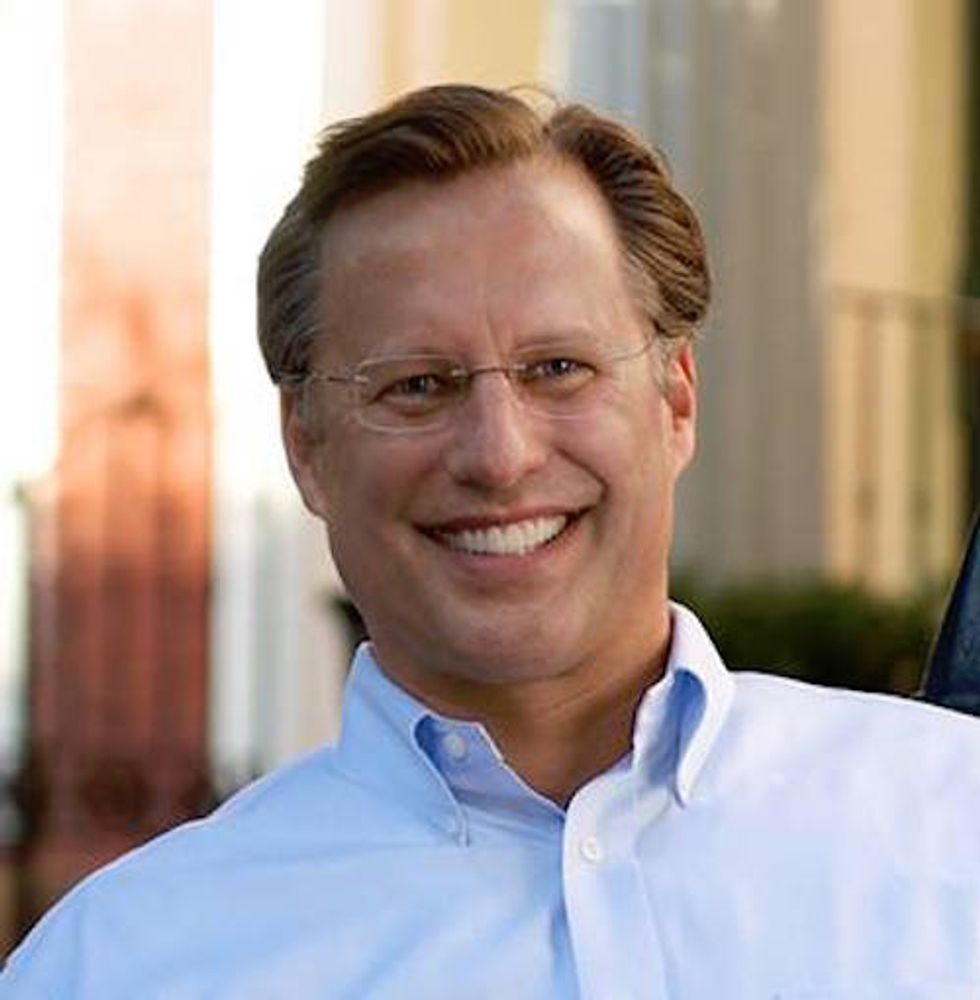 Virginia Rep. Dave Brat has got some problems these days. Problems with the ladies.

For you see, he can't go a single day without ladies getting "all up in his grill" over not wanting to lose Obamacare. Because for some weird reason, they don't want to not have healthcare. Weird!

Brat is a Tea Party loon who ran against Eric Cantor from the right and won his seat, because that was back in the heady days of "Hey! Let's just elect a bunch of random dentists or whatever to Congress! We're sure they'll be fine!" You may remember Brat from that time he got real mad at Obama for mentioning Jesus, because conservatives OWN Jesus and no one else can mention him ever, or that time he cited Socrates to explain why slashing education funding for poor kids was a swell idea.

And now here he is, hollering about being pestered by health-care loving ladies at a little get-together of his conservative buddies. Oh how they laugh and laugh about women not wanting to lose their healthcare and being all annoying about it.

“Since Obamacare and these issues have come up, the women are in my grill no matter where I go,” said Brat, “They come up — ‘When is your next town hall?’ And believe me, it’s not to give positive input.”

Aw! Why does no one in Virginia's Seventh District want to have a town hall where they just compliment Dave Brat the whole time? Maybe just to tell him he's pretty, and definitely not the doofiest man who ever did live.

The Facebook group that posted the video calls itself "7th District Town Hall Meeting" and is among the groups pressuring Brat to hold a town hall and speak to his constituents. You know, the people who pay his salary and are thus under the impression that he should have to deal with them once in a while.

But Brat doesn't want to have one. Not yet anyway. In a Facebook post, Rep. Brat explained that he would prefer to stick to his own people and ignore his constituents for the next 100 days.

“Over the past couple of weeks my office has been inundated with phone calls, and emails and comments on social media requesting a town hall meeting, and believe me, I fully intend to have plenty of town halls that are open and transparent as soon as our first 100 days agenda is implemented and we come up for a breath of air.”

He is also pretty darn sure that all the people protesting him and Donald Trump are being paid to do so, he explained to the Richmond Times-Dispatch:

“I had one woman on my Facebook say she was going to get up in my grill,” he said. “There’s paid protesters ... paid activists on the far left, not my Democratic friends I go to church with.

“They’re being paid to go around and raise havoc.”

How freaking narcissistic do you have to be to truly believe that the only people who would disagree with you must be paid to do so? Really! I cannot even fathom it. Also, if this is such a common thing, then why can't these people ever find any evidence of this actually happening? The closest they've come was a service that turned out to be a hoax.

However, if this all teaches us one thing, it is that we need to STAY IN DAVE BRAT'S GRILL. We must stay in all the grills, and not relent, ever. Because it's driving them bonkers. Even if there is no chance of them going against Trump, keep calling your representatives and bothering the shit out of them, so at the very least they never know a moment's peace.