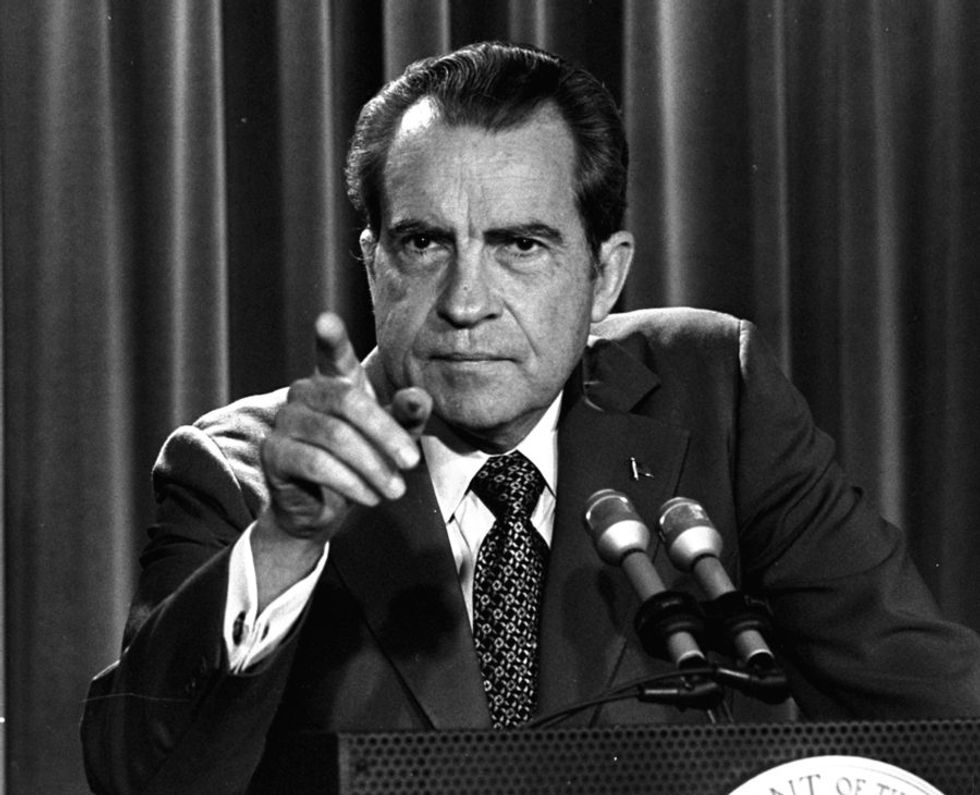 We are fairly certain he had nothing to do with this.

So, the dirt file on Donald Trump that some Russian hackers stole from the Democratic National Committee has supposedly come to light, and it is a shocking exposé of depravity, violence and sex. No, wait, sorry, we're thinking of "Game of Thrones." The Trump thing is kinda meh.

The 237-page "playbook," dated from last December, is a catalog of how Donald Trump sucks, and how best to describe this to Americans who were still thinking he was this entertaining TV quasi-villain who was good at business.

Organized into dozens of talking points, the document appears to rely on old news stories and Trump's own website to aid the DNC in attacking Trump as a liar and narcissist who is not actually good at business at all! Like so:

Despite Trump’s continual boasting about his business success, he has repeatedly run into serious financial crises in his career and his record raises serious questions about whether he is qualified to manage the fiscal challenges facing this country. Trump’s business resume includes a long list of troubling issues, including his company’s record of forcing people from their homes to make room for developments and outsourcing the manufacturing of his clothing line to take advantage of lower-wage countries like China and Mexico. His insight about the marketplace has proven wrong many times, including in the run-up to the Great Recession. And Trump’s record of irresponsible and reckless borrowing to build his empire – behavior that sent his companies into bankruptcy four times – is just one indication of how out-of-touch he is with the way regular Americans behave and make a living, and it casts doubt on whether he has the right mindset to tackle the country’s budget problems.

I'm sure somebody (Bill Kristol, are you there?) is going to criticize the Dems for keeping all this to themselves while the Republicans were bumbling their way toward nominating this bozo, but that's not important right now. What's important is that two different Russian hackers were able to crack the DNC server to get this and probably the intern work schedule for the next six months. (Nicholas from Dartmouth is going to be incensed when that comes out -- he was going to Burning Man!)

This clearly shows that Democrats are careless about cyber security and therefore Hillary's emails are the only campaign issue that matters, all hail Donald the Lord Trump, first of his name. Before THAT noise even began to get traction, the White House pointed out that they have been trying to get Congress to pay for boosting cyber security at the national level. But Republicans in the House are all, nah, mang, that shit is boring, we just want to stick it to poor people real hard.

If you want to play with conspiracy theories (and who doesn't?), then consider that the Romanian hacker that right-wingers fervently believe will finally blow the lid off the Clinton Crime Family goes by the handle Guccifer. The hacker who dropped the Trump playbook over the media transom yesterday claims to be Guccifer 2.0.

What does this even mean? Maybe, just MAYBE, it means that Trump's buddy Vladimir Putin is using his vast network of hackers to rifle the files of The Donald's enemies. MAYBE it means Trump ASKED Putin to do this. MAYBE Trump and Putin are lovers OR THE SAME PERSON?!

Or maybe some bored kid in his mom's basement did it; how should we know, everything we know about computer hacking we learned from baby Matthew Broderick.