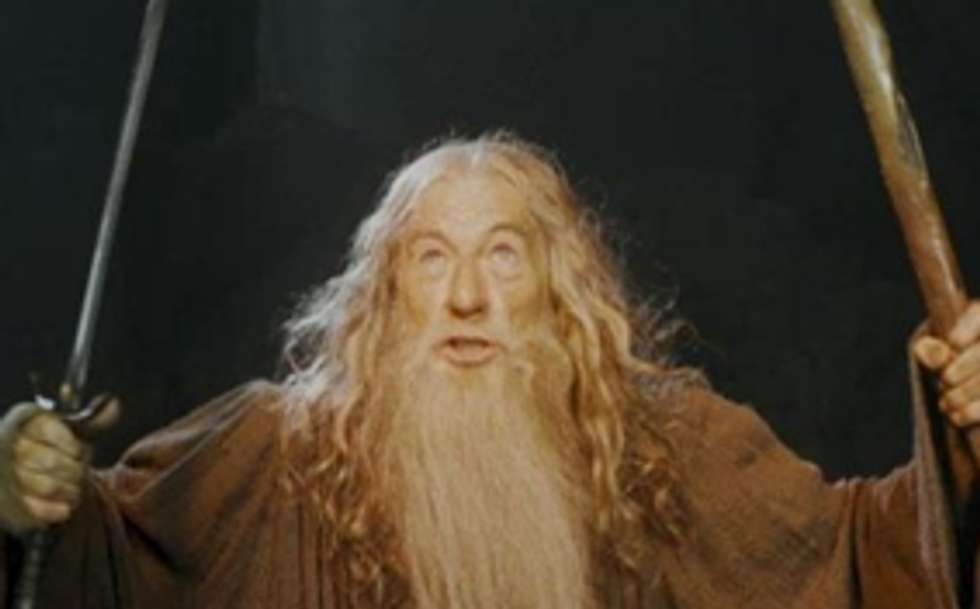 "President Barack Obama will visit Ground Zero in New York City on Thursday for the first time as president," starts off Carol E. Lee in theWall Street Journal. Okay, sure, that makes sense! Troops just killed Osama bin Laden under Obama's command. Probably as fair a time as any to drop by there. But then: "Mr. Obama has been a controversial figure in what many consider hallowed ground." A controversial figure? He's the president of the fucking United States. He didn't fly a plane into the buildings, did he? Last time we checked, he did not, but it's been a while since we checked, as that subject is pretty depressing. Obama is really lucky he killed Osama bin Laden, because if he hadn't, the security team at the Wall Street Journal was not going to let him into this particular construction site in Manhattan. YOU MUST PROVE YOUR WORTH IF YOU WISH TO EXPERIENCE THE MAGICAL LAND OF 9/11, ELOQUENT TRAVELER.

Just weeks before last year’s ninth anniversary of the Sept. 11, 2001 attacks, the president declared his support for the construction of a mosque and a Muslim community center near Ground Zero. The issue opened fresh wounds for some New Yorkers and 9/11 families who opposed the project, and ignited a passionate debate across the country.

What the hell does that have to do with anything? Oh, we see, this journalist saw fit to provide "context" by devoting the last half of the piece to an issue raised this past summer by American bigots, whom were able to find a few family members of 9/11 victims to exploit as cover for demonizing a random Muslim community center that was going to be constructed in the city.

When was that issue ever about Ground Zero? When was it raised by people who actually concern themselves about the site of the World Trade Center, where a new skyscraper, among other things, is being constructed? Never. But according to the Journal, that fake controversy was Barack Obama's legacy concerning 9/11 until he managed to oversee the killing of bin Laden.

We seem to remember an inane Politico article written last year about how Obama wasn't allowed to commemorate 9/11 anywhere, especially Ground Zero, last September because he previously told Americans to stop being bigots. Oh, hey, will you look at that—that article was also written by Carol E. Lee! We finally have a reason to praise Politico: they managed to unload this Carol E. Lee person on the Journal. Haha, suckers! Enjoy your shitty journalist!

We assume Carol E. Lee will be on hand Thursday to personally hand Obama the Golden 9/11 Key and help him to defeat the wizard charm and unlock the magical door that only lets worthy presidents into the wonderful land of 9/11. Then this troll will scamper off to the crash site in Pennsylvania, where she will ask Obama a series of riddles if he ever wishes to see that part of the United States for himself. [WSJ]