Walmart To Texas Wingnuts: We're Not Building Secret Tunnels So China Can Come Kill You 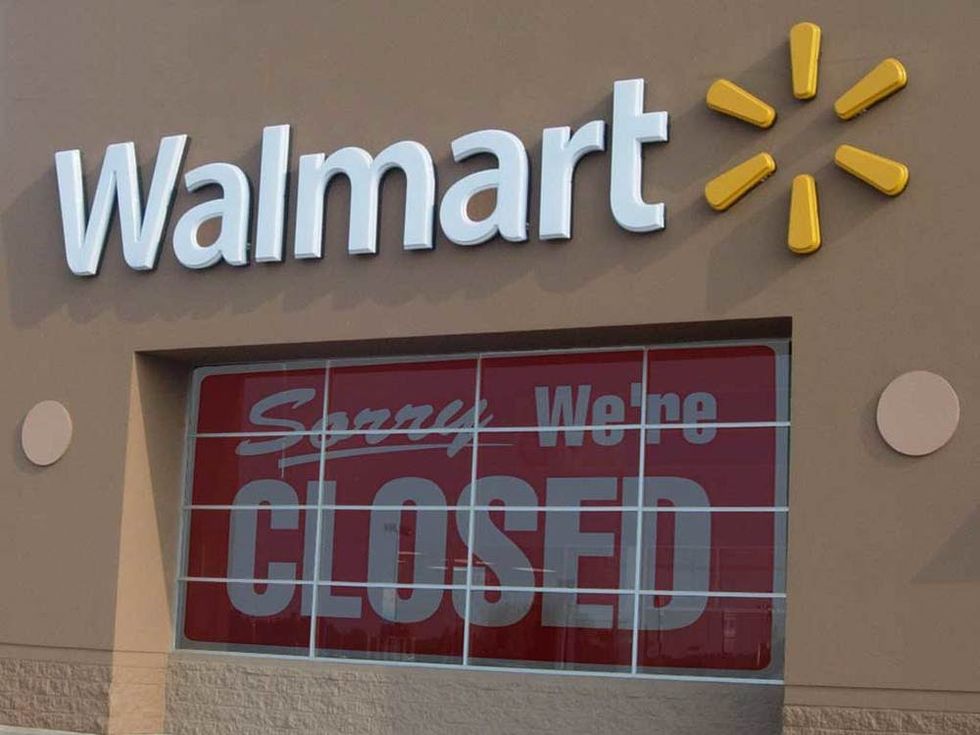 High priest of the nutjob conspiracy theorists Alex Jones has utterly lost control of his congregation. He has tried to assure the Operation Jade Helm 15 truthers that a string of Walmart closings around the country have absolutely nothing to do with the TOTALLY REAL Jade Helm conspiracy, which is that a completely routine military exercise is actually a secret plot whereby President Obama may invade and conquer Texas, maybe as a way to give it to ISIS as a peace gift, or something, who can even know what Obama has up his sleeve? But the loons just won't listen to Alex Jones, so Walmart has had to jump in and issue perhaps the most awesome press statement in the history of Walmart:

Wal-Mart issued a statement Monday to TPM dismissing "rumors" that tunnels were being built by the U.S. military beneath closed stores in an attempt to launch a takeover of Texas.

The tunnels are part of a series of conspiracy theories surrounding "Jade Helm 15," a military training operation set to take place later this year in seven Western states. [...]

Theorists have suggested that five Wal-Mart retail locations were shuttered abruptly because of Jade Helm 15. They have suggested that the closed stores, one of which is located in Texas, will serve as "food distribution centers" and will be used to "house the headquarters of invading troops from China, here to disarm Americans one by one."

We really want to know what Lorenzo Lopez's face looked like when he had to send that email. Of course, he probably was wearing the evil grin of somebody who's IN ON THE CONSPIRACY. And oh God, now that Walmart has become One Of Them, where will the Jade Helm whackjobs buy their supplies for the coming Obamapocalypse, co-starring ISIS and, apparently, the Chinese? We did not know they had been cast in this theatrical production, but we're excited to see what they have to offer!

This comes on the heels of the Pentagon ALSO trying to reassure the possibly clinically insane Texans currently stockpiling powdered milk for the coming war that no, they actually are not planning to use a routine military exercise to take over Texas. Of course, unanswered still is the question of why the Pentagon would WANT to take over Texas, but remember, in the mind of the derp-addled conspiracy theorist, everyone is out to get you, even if you are a Gomer in West Texas with little to offer the world aside from your heavily detailed maps of the coming invasion, written on the walls of your mobile home in Midland in spaghetti sauce and invisible ink.