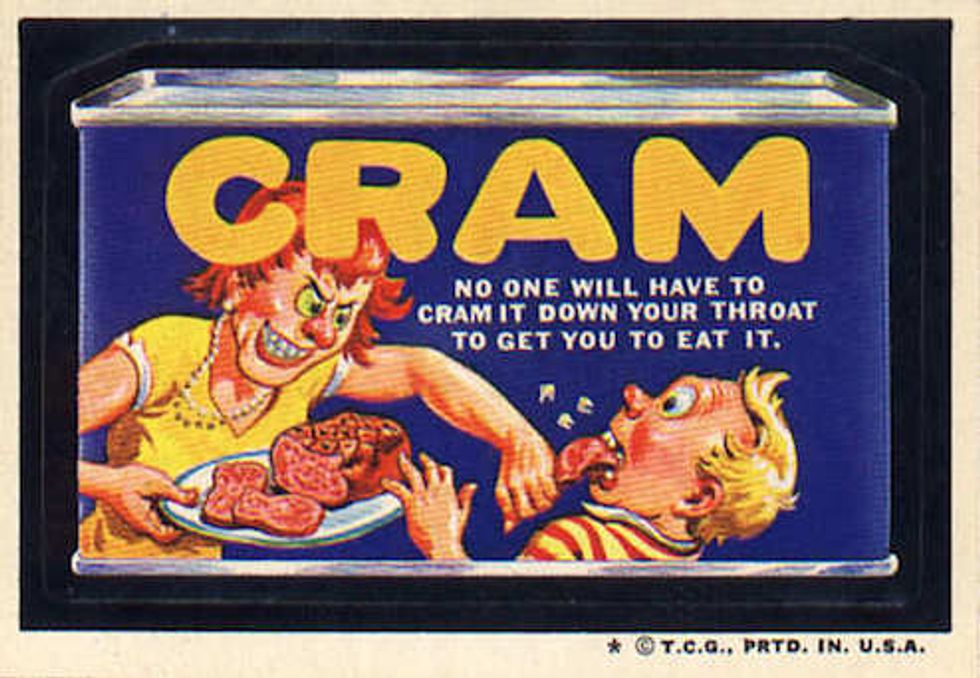 Up here in Minnesota, this tundra-dwelling portion of yr Wonkette has to deal with the double indignity of snow STILL being on the ground even as congressional endorsement balloting begins. It's two terrible tastes that taste terrible together. This weekend, Minnesota saw the GOP hurl forward Aaron Miller, a fine upstanding young military vet, to challenge Democratic incumbent Tim Walz. Why does Miller care so much about getting to Washington? So his spawn won't ever be forced to learn how science works, basically.

He also called for more religious freedoms. He repeated his story about his daughter returning home from school because evolution was being taught in her class. He said the teacher admitted to not believing in the scientific theory to his daughter but told her that the government forced him to teach the lesson.

“We should decide what is taught in our schools, not Washington D.C.,” Miller said.

In a veritable exemplar of small-town dryness, the paper goes on to note that "Miller has declined to provide any more information to verify his story." You don't say.

Sadly, Miller will probably get a decent chunk of mouth-breathers yelling "YEE HAW DAMN STRAIGHT" about how Washington shouldn't cram evolution down their children's throats. That of itself is dumb and regrettable enough, but what is likely worse in this case is that Washington isn't the one trying to make his little darlings open wide and receive a faith-threatening infusion of science, because the science learnin' standards in Minnesota are set by Minnesota. So weird to think that a GOP candidate is yelling at something of which he knows nothing, right??

We kid, we kid. Compared to the 2012 GOP candidate for the seat, Miller is a veritable Neil Degrasse Tyson. Truly, the previous candidate was so amazing we're befuddled by the fact that he somehow never won office. Ladies and gents, let us remind you of the glory of Allen Quist.

One section asks this leading question: "Did dinosaurs and people live at the same time, and why do so many recently discovered ancient art works accurately picture dinosaurs?" The answer is a resounding "yes." "The only reasonable explanation for the stegosaurus carved in stone on the wall of the Cambodian temple is that the artist had either seen a stegosaur or had seen other art works of a stegosaur," Quist writes. "Either way, people and stegosaurs were living at the same time."