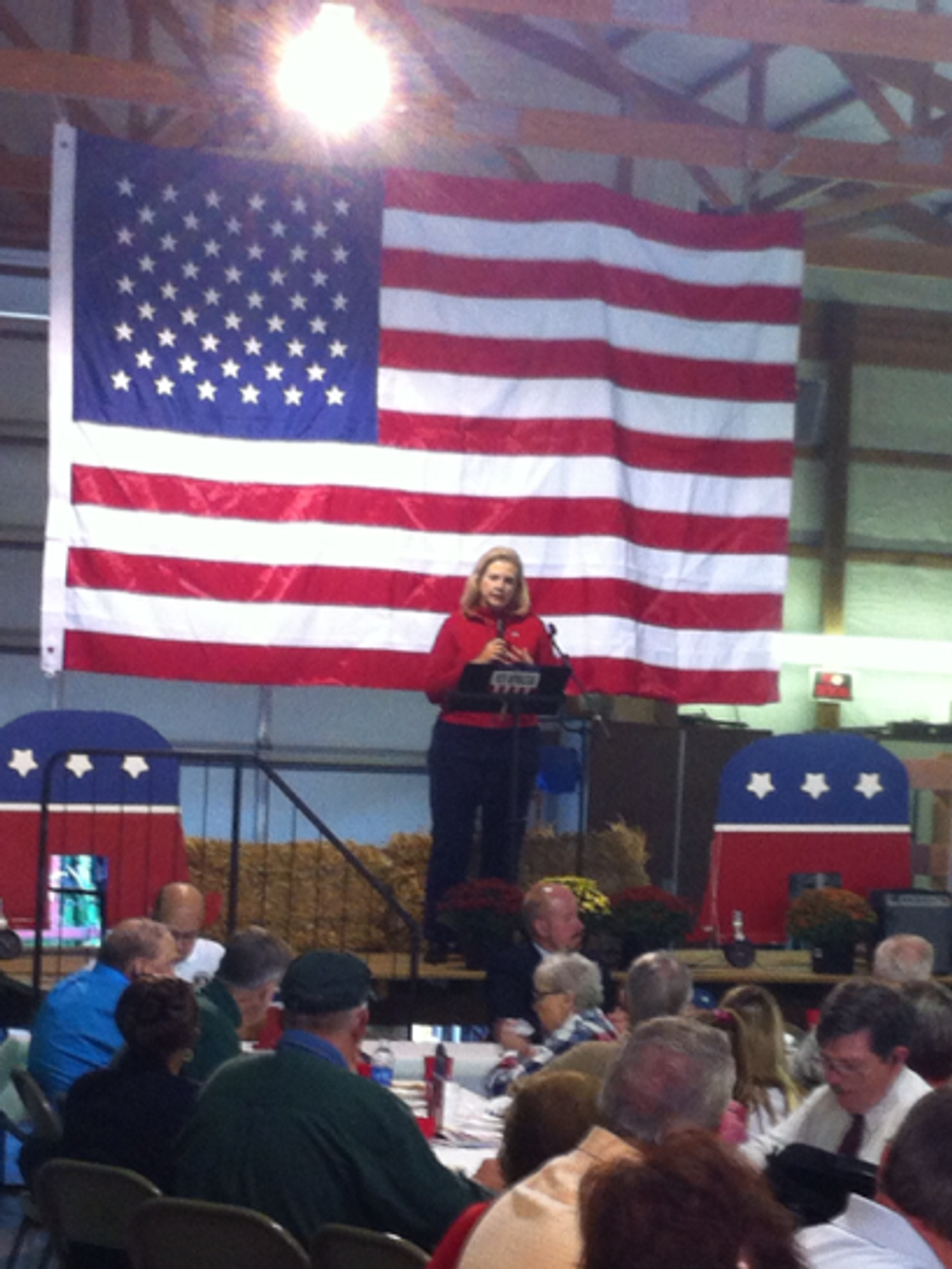 Lucky you, Missouri. If you play your voting cards just right, your new governor in 2016 will be this real nice lady, Catherine Hanaway. She has some neat thoughts on sex and liberals and ladies, and sorry, Missouri, but if you elect her, you will probably never have sexytime fun again because she is REALLY against that:

She does NOT accept your liberal sexual preferences, doing all kinds of kinky abortions or whatever it is liberals do in bed. Because that is a slippery slope, people.

What concerns me is the slide in our culture that says, "Hey, everything is okay and so why should just having a picture of something be a crime, because to possess child pornography is a crime, why should that be a crime?' Well, it should be a crime, and this is some of the difficult stuff I have to talk to you about."

She was talking to you about this difficult stuff at some thing called the Educational Policy Conference in St. Louis, where you could also see such conservalady luminaries as the former (sad face) Congresstwit Michele Bachmann and Phyllis "Yes She's Still Alive" Schlafly, and they all got together to stitch-and-bitch about how Democrats are the REAL sexists doing the REAL war on women that does not even exist anyway, except for when Democrats do it, so there and take that.

I am here to say that their culture of permissiveness towards sexual activity is the real war on women. Let’s start with the notion, well it’s not a notion, it’s a fact, that the fact that the culture of sexual permissiveness has led to record levels of out of wedlock births.

Yes, we expect great things from Hanaway, even if she is not very good at winning statewide elections. She tried one time, in 2004, to be Missouri's secretary of state, but Missouri was like, "Nah, we're cool, thanks" so then George Dubya Bush gave her a U.S. attorney job, and when that ended, she went to work for the Law Firm of John Ashcroft Who Lost To A Dead Guy, which seems like a pretty good fit for her because Ashcroft also hated sexytime fun, even if it was just looking at Lady Justice's art deco aluminum boobies. (Look it up, kids.)

We'd like to think Missouri will be smart enough to say "Nah, we're cool" again, but let's face it, our U.S. American children has not learned much since 2004 except how to be even more terrible. But some super rich dude named Rex Sinquefield -- he is like the Sheldon Adelson, but of Missouri, apparently -- keeps giving Hanaway one actual million dollars, so she will maybe win the primary and then the general, and then she will be your new governor, Missouri, and take away all your liberal good times forever. Have fun with that.