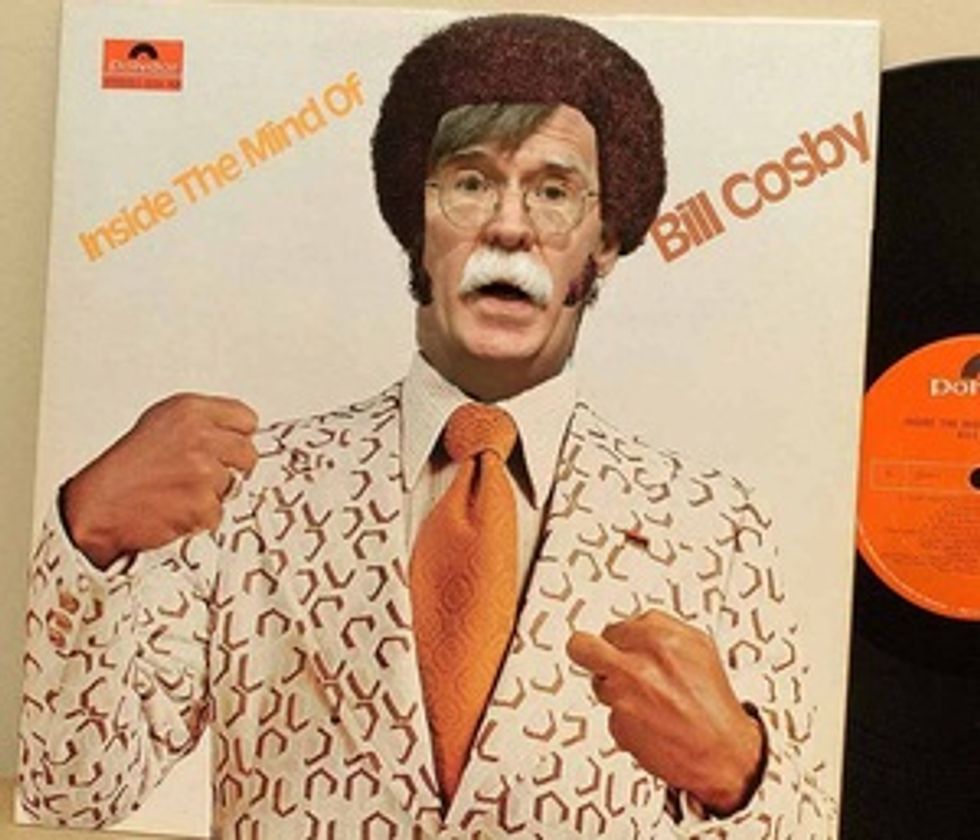 What is it like to be inside Washington Post columnist Jennifer Rubin's head? Swimming in that soup of confusion and anger all the time? Living with the pressure of pushing out 6, 7, 8 posts per day about just how everyone is wrong and you are right and Bamz is killing us all with healthcare? Say what you will about Rubin, she is not lazy. She is clocking her perpetual grievances and right-wing takeover fantasies on the regular. She's a veritable workhorse of wrong, a Clydesdale of rage. We can't even keep up with all her arglebargle, so we had to just pick a few things at random. How about theincredibly bright political future of John Bolton, or his presidential prospects in 2016? Oh hell yeah we're gonna talk about that. What's that you say? She wrote about how George W. is the biggest lifesaver of all time? FUCK YES.

So why should Johnny run? So many reasons! In typical Rubin fashion, she's given us a helpful numbered list. Some might say that the list format allows her to avoid actually constructing a column but we'd never -- ok, we'd totally say that. We're arbitrarily ignoring a whole bunch of the list, just 'cause we can. First up, John Bolton: smartest guy in Washington or smartest-est guy in Washington?

Talk economics as well as national security. Before going to the United Nations, Bolton had a long and distinguished career as a lawyer, think tanker, State Department official and Justice Department lawyer. Most people don’t know how sharp he is on domestic matters.

Huh. Surely Jennifer Rubin must have some linkies for all that domestic smartness. What does she link to? Oh, just John Bolton's profile page over at AEI, where there's an exhaustive list of his credentials, which is basically a pile of foreign policy stuff from back when the GOP was in power and pretended that John Bolton was a Serious Person. But hey, maybe Johnny told Jennifer about his dreamy econ plans during some secret pillow talk. We'll just take Rubin's word for it and vote away! Also, too, we should recognize that John Bolton is a fucking laugh riot:

Show his sense of humor. He’s a very witty guy (think Bob Dole with a fabulous moustache.) One of his best lines: “The Secretariat Building in New York has 38 stories. If you lost 10 stories today, it wouldn’t make a bit of difference.”

HAHAHAHAHAHAHAHAHA -- breathe! -- HAHAHAHAHA. Yes, that is quite the snappy little morsel of funny, isn't it? John Bolton is like a conservative Richard Pryor. Or maybe Milton Berle. Shecky Greene?

OK, so in support of her position that Fabulous Walrus Mustache Man is a domestic genius with comedy stylings, Rubin points us to, well, nothing that supports that theory. Maybe she'll do better breaking down Obummer's Medal of Freedom picks.

She is happy about Loretta Lynn but very sad about Oprah. Apparently the former is quite accomplished while the latter has done nothing with her life except shill for Bamz. Jennifer Rubin thinks that Johnny Carson should get the Medal of Freedom, thank you very much, because he was a much better talk show host. Not sure why she missed the opportunity to suggest comic genius John Bolton receive the award instead? She is also very mad that Sally Ride gets a nod, as does Gloria Steinem, because something something ladies radical feminist token.

You will not be a bit surprised to hear that Rubin reserves most of her ire for the Big Dog and most of her warm, sweaty, loving embrace for George W. Bush:

Then there is Bill Clinton. Yes, he has his foundation. But many more philanthropists have been around longer, spent more money and accomplished more (e.g. Bill and Melinda Gates). Purely on results, no one tops President George W. Bush when it comes to saving lives, but we can’t have that, of course. The Upper West Side would have a collective heart attack. Clinton’s outstanding qualities are, of course, that he helped Obama be reelected and is one-half of the team of what passes for Democratic royalty these days.

How DARE Obama recognize people that are politically aligned with him while failing to big up the achievements of someone whose policies he ran against and presumably abhors! No other politician has ever done this and it must be because of his Muslin black Kenyan lifestyle. Every other politician has used the Medal of Freedom to honor people they were super opposed to, like when George W. gave the Medal to Ben Carson. Oh, wait.

We'll hand it to Rubin, though. The bit about how Georgie boy was the biggest lifesaving-est President ever is indeed a knee-slapper in an absurdist surrealist Dada up-is-down sorta way. Perhaps Rubin should consider writing speeches for John Bolton?