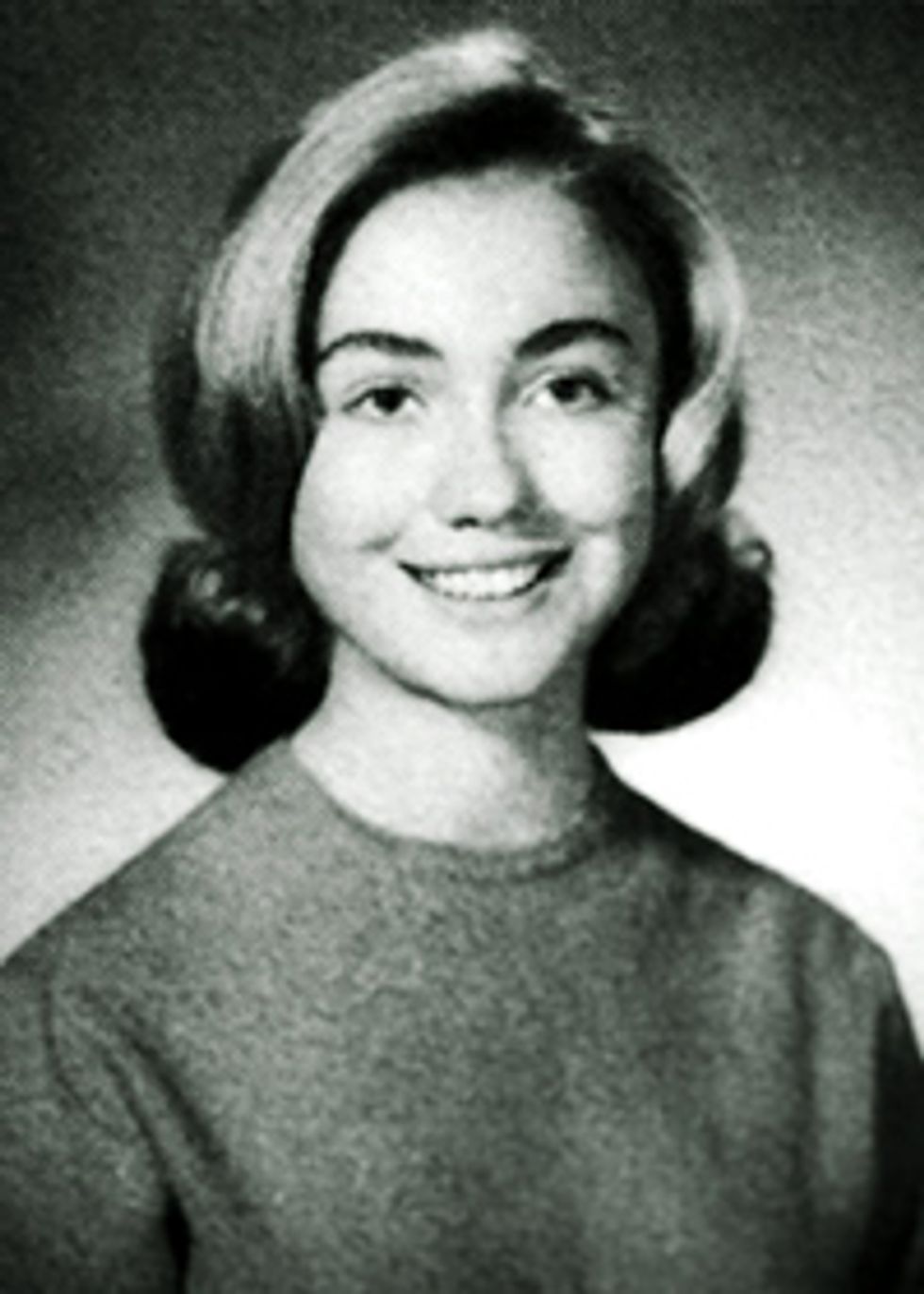 The Washington Post's Richard Cohenreturns to the scene of the crime*.

Becoming the first female president is a worthy goal, but it kind of falls into the category of miles traveled and countries visited. It is an achievement, even a stunning one, but it is not a stirring trumpet call. Even now, her statistics-laden tenure has been somewhat eclipsed by her successor at State. John F. Kerry has already managed to bring Israelis and Palestinians together to resume peace talks. If these talks produce an agreement (not likely, but still . . .), then all this talk about miles traveled is going to sound awfully silly.

Yes, we are sure John Kerry will solve World Peace (not likely, but still . . .) and show that Hillary Clinton, with her constant "traveling the world to do her job" is really just Reese Witherspoon in Election staying up all night to bake the goddamn cupcakes, and they never actually accomplished a thing!

Oh and here is a weird thing, because "Richard Cohen."

But if she is to run for president at the age of 68, she must rediscover her youth. She has to revert to the brave and inspiring woman who was the first student to deliver the commencement address at Wellesley College (a seven-minute ovation) and made her a national figure overnight. In other words, she has to lead.

If Biden runs — he will be 73 in 2016 — he will do so as a vice president. As did George H.W. Bush, he will seek office as a continuation of the previous presidency.

We have no brief for Hillz over our own Old Handsome Joe. But did Richard Cohen miss the part of her tenure as Secretary of State where she did "rediscover her youth"? We are pretty sure Fox called her a floozy alcoholic while she disco danced and checked her Blackberry, and basically fuckin' killed it all the time.

Oh, and "Biden's five years older, but that isn't really older because, um, 'reason'" is fucking nonsense and Richard Cohen's editor needs to stop letting him wave his dick all over the op-ed section.

At least half your readership doesn't care for cock shots.

*"The scene of the crime" is used herein to refer to the Washington Post editorial page, which publishes this fucking swill week in and week out and will do so until Jeff Bezos sells it to Patch.