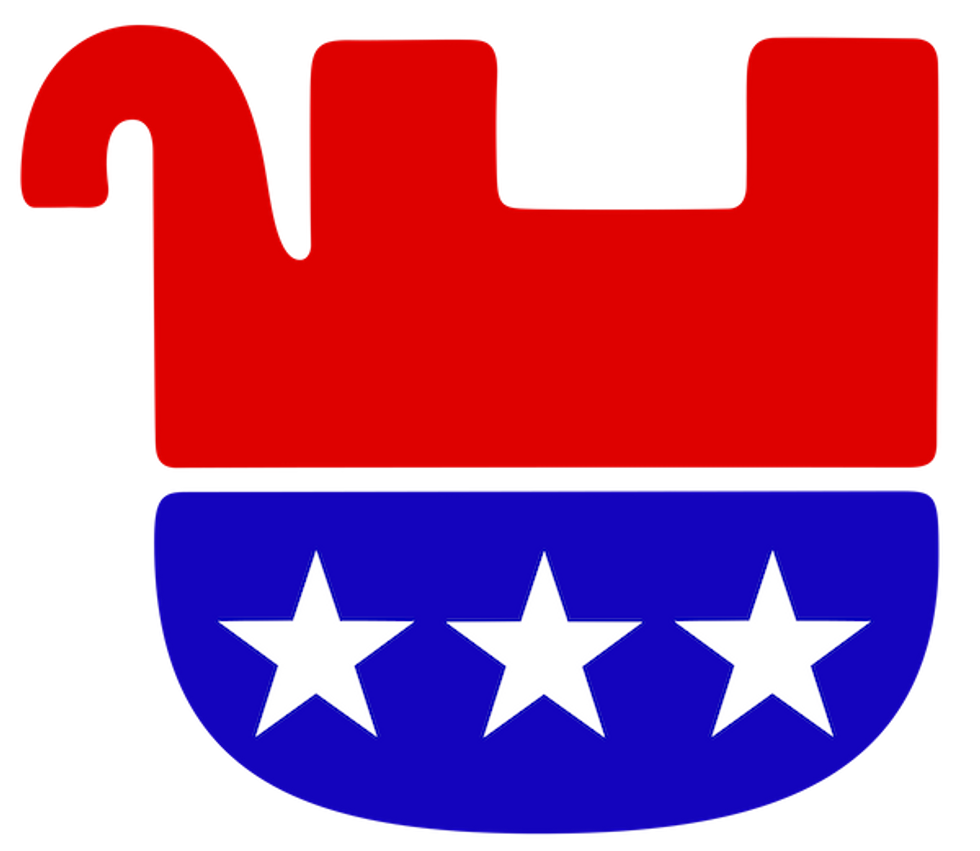 This IS today's GOP

One would think the Very Serious Media has had enough time to recover from its shock that Donald Trump is a racist hate-mongering sack of scum. And that the Republican base loves him for it. He is, as we have said, "the logical endpoint of years of Republican nativism and paranoia, the culmination of the Southern Strategy," and "the pure Republican id."

That Donald Trump is an overt racist is not news. He funded his own investigation to prove President Obama illegally blacked his way into America, into colleges he was not smart enough to attend, and into the White House. He started his campaign by vowing to round up and deport all the Mexicans, for being rapists and murderers. He later clarified that includes legal immigrants.

Within two weeks of his announcement, Trump had established a huge lead over his fellow Republican candidates, and he has kept it ever since. No other candidate has come close to Trump's national popularity, and anyone who has attempted to take him down has suffered in the polls.

And yet, from the editorial board of the Washington Post, a plea to the other Republicans to condemn Trump, for articulating the heart and soul of today's GOP, without attempting to filter his tone through carefully crafted dogwhistles and hint-hints:

Most candidates for the Republican presidential nomination, with an understanding of constitutional, democratic and social norms that Donald J. Trump utterly lacks, have denounced his outrageous call for a “total and complete shutdown” on Muslims entering the United States.

But no, not really. They've criticized Trump generally, as they always do, but if any of these candidates has specifically criticized the idea that America's latest swell of xenophobia against Muslims is wrong, we have missed it amidst all the clamor by (mostly) Republican governors and members of Congress to keep those suspicious Others out of our U.S. and A.

The Post's editors ask this question:

If the GOP front-runner’s pronouncements are as lunatic and offensive as his rivals say — and they are — isn’t it incumbent on them to make clear they would oppose him if he were the party’s nominee?

Sure, if Trump's rivals really had a problem with Trump's policies, maybe. But they don't. Because "No Muslims" is not substantively different from the "Christians only" proposals Trump's rivals have advocated. Jeb Bush proposedin September that America only admit Christian refugees, which, for anyone literate enough to read between those bright lines, means not allowing Muslims to enter. He has continued to advocate for that position -- keep all the foreigners out, except for Christians -- as has Ted Cruz.

On Tuesday, Sen. Rand Paul complained that the media was focusing all its attention and "hoopla" on Trump's audacious No Muslims proposal, when Paul more or less thought of it first, by introducing his cleverly named amendment, the Stop Extremists Coming Under Refugee Entry Act (SECURE Act). Paul's amendment, which failed miserably, did not specifically exclude Muslims, but he still wants his name footnoted in the history books along with Trump's.

The Republican candidates, while criticizing Trump's rhetoric, haven't distanced themselves much from any of his other policies either. And why would they risk alienating the primary voters they're still hoping to sway by telling them their first (and second!) choice is a racist, hate-mongering unacceptable option?

For some reason, the Post predicts a President Trump would damage America and the world in a way the other Republicans wouldn't:

The plain truth is that a Trump presidency would not only fracture American society along ethnic, racial and, we now know, religious lines. It would also demolish American prestige on the world stage and alienate our most important allies.

Which one of the other Republican candidates does the Post imagine wouldn't have the same effect? Which one has not advocated for Christian supremacy; for refusing to even speak with other world leaders; for racially, ethnically, and religiously profiling Americans?

Criticizing Mr. Trump is no longer sufficient. It is time to say clearly he is anathema to the Republican Party, and to the nation.

Some Republicans have weakly condemned Trump. Speaker Paul Ryan said Trump does not represent conservatism, though Ryan would still support him if he were the nominee. Senate Majority Leader Mitch McConnell called Trump's proposed ban "completely and totally inconsistent with American values." Have the party's leaders condemned other popular candidates for their Christians-only policies, which are equally inconsistent with American values and the Constitution? Or for their hysterical fear of refugee toddlers? No. Of course not. Because Trump is not some anomalous derivation from the Republican Party's ideology. He's just more comfortable saying out loud, in plain U.S. American English, what others awkwardly try to suggest and imply, while trying to pretend they are not as extreme as he is. But they are.

Instead of calling for Republicans to pretend they have any moral high ground, it is time for the Very Serious Media to stop pretending the party's very popular leading candidate isn't the embodiment of the party's ideology, which is most certainly anathema to the nation.