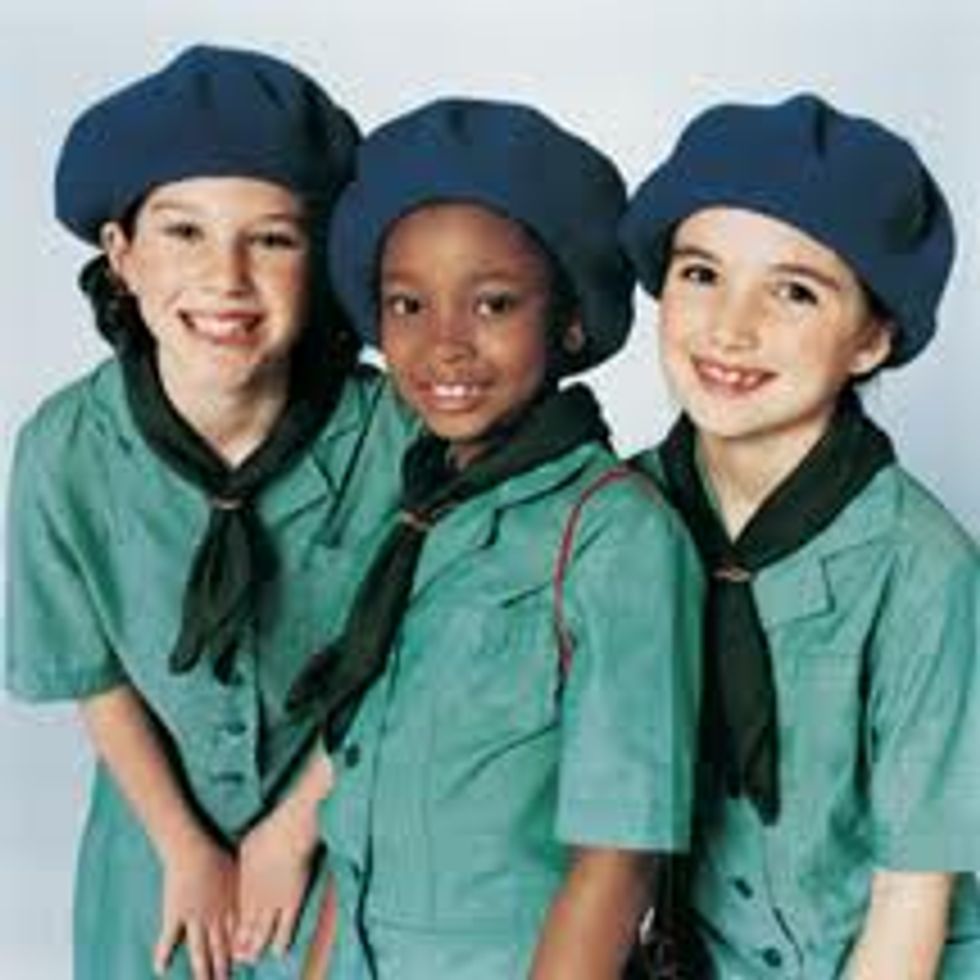 Let thisdelightful tale to see you through your cold and lonely Passover. In Alaska, some senator (not Murkowski) wanted a proclamation from the state of a 'year of the girl,' that would also honor the 100th anniversary of the Girl Scouts. The senator asked her student intern to present the measure.

Then came Rep. Wes Keller, the conservative Wasilla Republican filling in as chair of the committee. He had seen something on the Internet about the Girl Scouts, he said, and suddenly [student intern Katya] Wassillie found herself in the crossfire of the culture wars.

"I'm sure you are aware of the information that's floating around the Internet, and I'd like to give you the opportunity to respond to your connection, the Girl Scout connection, with Planned Parenthood and the activist role in that -- is there a connection? Is there not? Frankly, I haven't looked into it but I see it's out there. I just wondered if you want to make a statement on that," Keller said.

Then some dick Wasilla Rep. put the kibosh on it because he had seen some shit on Teh Internetz that the Girl Scouts = Planned Parenthood = slutbortions. And so now the measure has been delayed until all his embarrassed colleagues beat him into submission/releasing it from committee.

"Everybody else appeared to be taken aback by the statement and holding the bill," Seaton said. "I've never seen Girl Scouts on the Kenai Peninsula attached to other groups such as that. I've seen a lot of camp-outs, I've seen a lot of cookie sales and I've seen a lot of challenging hikes and trips across the bay and in the reservoir, kayaking, and learning the canoe and water safety. I'm sure they promote good healthy lifestyles for kids too. That's what we need for all our kids."