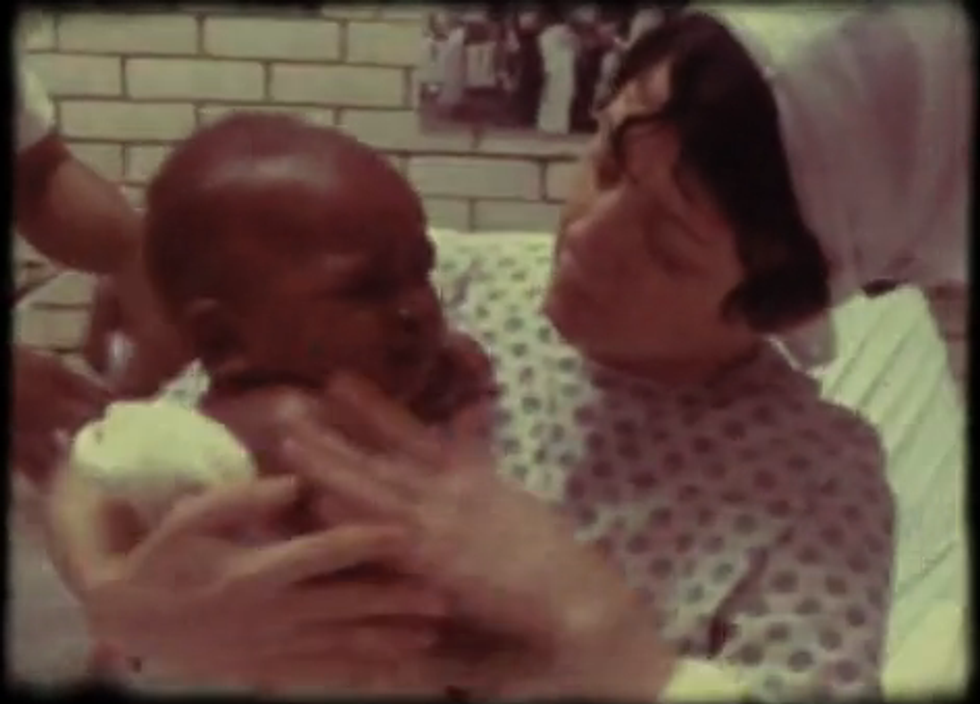 Sorry, Barack Nobummer, but the SECRET is OUT.Vice has been approached by some super-not-shady Romanian who totally exists and who transferred to video this Super 8 film (which was invented in 1965) shot by Barack Obama's fake father, Barack Obama Sr., of you as a giant two-year-old baby being born in Kenya. (In 1961, people were always totally filming vaginal births, on their uninvented Super 8.) But there are some who might unaccountably STILL try to "debunk" this obvious proof with stupid questions, like why do you weigh 23 pounds and came out of your mom's vagina with your eyes open, holding your head up and looking around, reading at a second-grade level and riding a bike? The Romanian explains it is because Kenyan babies are just gigantic, everyone knows that, but is it because you are actually Damian and Rosemary's Baby and stuff? (PROBABLY.) And why is your mom, Ann Dunham, listed as "Ann Dunham" in her hospital chart (with helpful yearbook photo!) instead of Ann Obama? Was 1961 Kenya super-feminist and we did not know about it? That would be cool. Totally real Kenyan birth video, after the jump!

Sorry dude, but now you are inpeached.