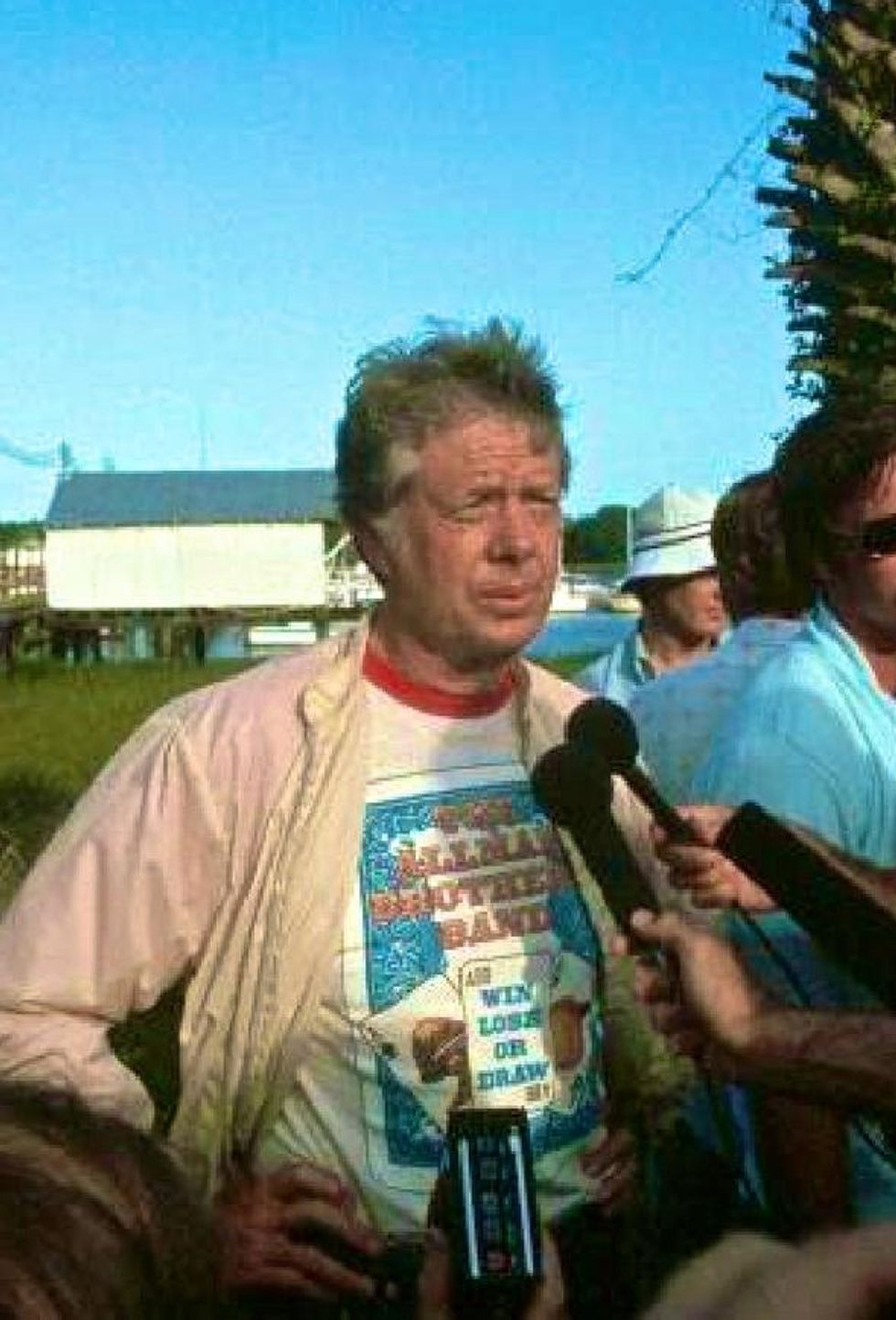 Our beloved former president Jimmy Carter -- if you're not from around these parts, no, we're not joking,dick -- promised to update us on the cancer doctors found in his liver, and this morning, update us he did. Melanoma has spread to his brain, and he begins chemotherapy immediately. Will that stop him from do-gooding and making America proud? Eh, probably not. He may "step back" from his duties at the Carter Center, the 90-year-old said, and do just light work like personally signing all the letters in the world and solving Iran probably too. He's not sure how he'll be feeling. Most importantly, he's a living organism on this earth, and he's very, very safe (in Jesus).

JOHN KERRY, YOU CALL JIMMY CARTER TWICE AN HOUR AND THEN YOU DO WHATEVER HE TELLS YOU, YOU JERK.

Anything Jimmy Carter regrets? "I wish I would have sent more helicopters to get the hostages, and then we would have rescued them, and I would have been reelected," he said, and he totally inserted a human winkyface emoticon while he was talking.

Anyway, Jimmy's all right, don't you worry about him, he's got a friend in Jesus.

"I just thought I had a few weeks left. But I was surprisingly at ease. I've had a wonderful life, I've had thousands of friends, and I've had an exciting and adventurous and gratifying existence," Carter said of his feelings after an MRI found the melanoma on his brain. "So I was surprisingly at ease. Much more so than my wife was. But now I feel that you know that it's in the hands of God and my worship, and I'll be prepared for anything that comes."

There's a few hundred thousand more friends at your Wonkette, Mr. Carter, may we call you Jimmy, yes we may.