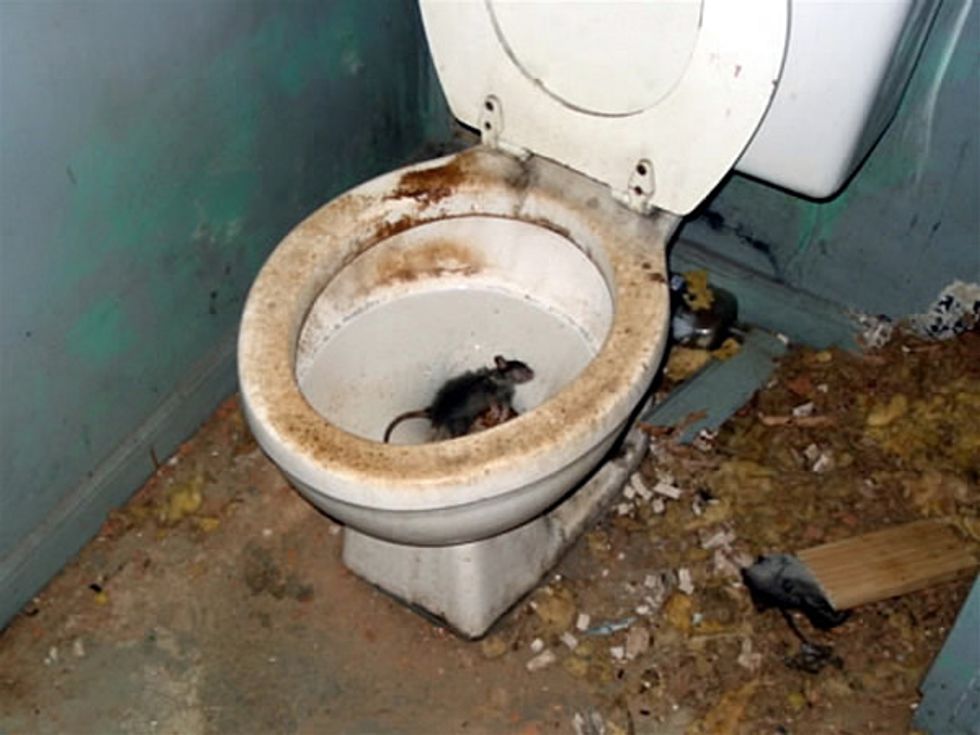 From an oil spill of 50,000 gallons in the Yellowstone river to a federal ruling on an "imminent and substantial" health threat in East Washington from dairy manure, water contamination stories flooding the news are probably no big deal, and your drinking water is totally fine.

Or not. On Saturday, Jan. 17, a leak in the Poplar Pipeline, which carries oil from shale fields in Canada to Baker, Montana, contaminated the Yellowstone River with 50,000 gallons of crude oil. Yesterday, officials responded to complaints from residents of Glendive, Montana (pop. 5,363), found cancer-linked oil compounds in the town's water supply and urged residents to drink only bottled water.

The county website reassured residents that scientists at the Centers for Disease Control "do not see that domestic use of this water poses a short term public health hazard." The privately owned pipeline's leak is causing extra difficulties because, apparently, the river into which it spilled is currently frozen, and no one considered making a plan for winter cleanups. "Who could predict a river in Montana would freeze during winter," a spokesman from Bridger Pipeline did not say. "Our cleanup plans are optimized for ideal conditions, such as non-emergencies."

On Wednesday, Jan. 14, over 7000 gallons of diesel fuel leaked from a generator at a Montreal waste water treatment plant (irony!) into the St. Lawrence River. Canada being Canada, the government sprung into action and fixed the problem by Wednesday evening, until Thursday morning when local residents were warned not to drink the tap water. Mostly because of the smell, not safety reasons. CBC Canada quoted a McGill University professor, Ronald Gehr, who explained that an average person would have to drink a significant amount of straight diesel to have serious health consequences, which is a completely normal and not at all crazy piece of comforting advice to offer concerned citizens. Meanwhile, area residents were warned not to brush their teeth with tap water. Local officials advised using diesel instead.

128 people were hospitalized in Kiev, Ukraine on Jan. 16 after drinking e. coli contaminated water. Ukraine has some other things to worry about, so this really seems an unfair kicking of a country when it's down. Of those hospitalized, 104 were children, naturally, because how else could a story about poop in drinking water get any worse?

A federal judge ruled against dairy farms in Eastern Washington last week, claiming that the nitrate poisoning of groundwater wells in Lower Yakima Valley constituted a "serious threat to public health" and allowing the suit, filed by local and national environmental groups on behalf of 24,000 residents, to proceed to trial. Nitrate poisoning can lead to symptoms from shortness of breath and dizziness up to seizures, coma, and death, which is why this never-ending bacon craze is such a terrible idea. The plaintiff in the case, one amazingly named Cow Palace LLC, allegedly composts 41 million gallons of liquid manure a year, then "sprays it on fields as fertilizers or dumps it into lagoons." Lagoons, you say? Sounds reasonable. Nobody likes lagoons, and anyway lagoons are hermetically sealed from the rest of groundwater and waterways, aren't they? Just dump that shit right in there. Literally.

The Army Corps of Engineers has no solid plan for cleaning up a still-leaking 1960's missile site west of Cheyenne. The chemical leaching into a 10 mile plume of groundwater, trichloroethylene, is linked to liver damage and cancer and, according to government officials, no immediate public health concerns. The Army Corps of Engineers, which is known for its timely handling of water related dangers, thinks the study of this chemical leak, which was discovered in the 90's, might take several more years before cleanup and containment could be implemented. Wyoming residents can take comfort in the fact that health concerns are only immediate and never long-term or cumulative.

Meanwhile, in Taiwan, the lazy, wastrel youth have proved once and for all their significant societal value by poisoning the water near a weekend music festival with ecstasy, Special K, and caffeine. Hopefully some Taiwanese entrepreneur is even now attempting to bottle this caffeinated, druggy water which will finally be worth the per ounce cost.

To sum up: Your drinking water is completely clean and safe, and you are definitely not in danger of consuming chemicals or fuel or disease, and even if you were, it would probably be fine with no immediate health risks, which is why we'll be over here with this bottle of cheap scotch. If yr Wonkette is going to drink poison, we at least want to catch a nice morning buzz when we do it.

Follow Case Drury on Twitter (@casedrury), where she spends only about half her time bemoaning the state of the environment; the rest of the time is puns.