We Are All Going To Feel Pretty Stupid When Barack Obama Really Does Nuke Charleston, South Carolina 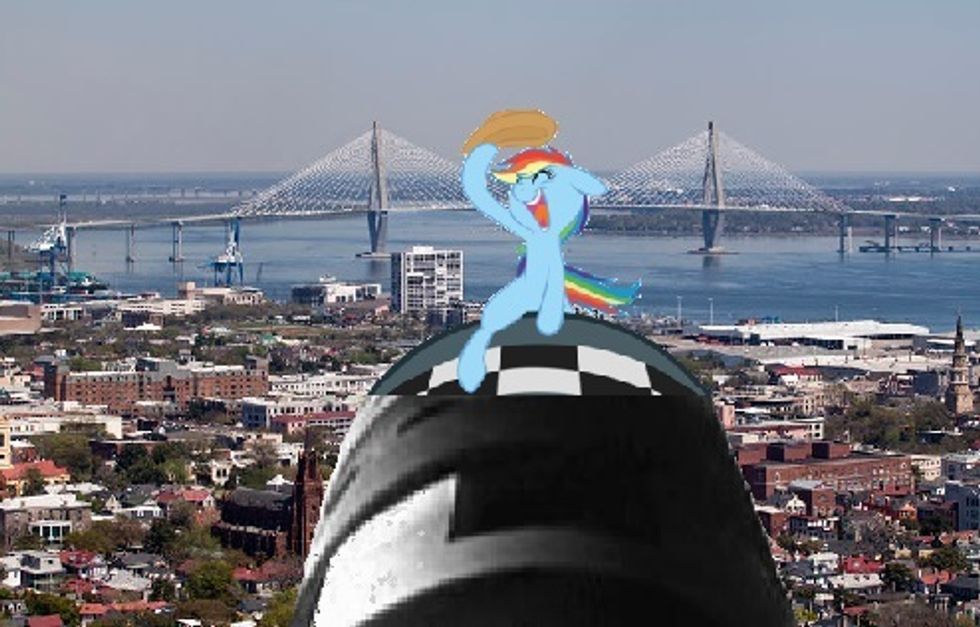 Wow, did you hear about how Barack Hussein Obama completely lost his mind and fired a bunch of generals a couple weeks ago, after they refused to drop nukes on Charleston, South Carolina? IT'S COMPLETELY TRUE, we read it onRon Paul's Website. OK, not Ron Paul's actual website, but a website run by Ron Paul fans, which is almost exactly the same thing. So here's exactly what happened:

A shocking new Main Intelligence Directorate (GRU) report circulating in the Kremlin today states that President Barack Obama, while in a rage, ousted four of the United States top ranking military officers after they refused to detonate a nuclear device “in/near” Charleston, South Carolina this past week and, instead, exploded it off the Atlantic Coast.

That obviously explains the October 8 earthquake off the east coast, because everybody knows there are no earthquakes on that side of the country. Also, there are a lot of loons allowed loose on the internet.

Sadly, it turns out to maybe not actually be altogether true. As in it's all made up, except for the fact that a couple of generals really got fired within a few days of each other. But not for failing to nuke Charleston for Obama's jollies. Yes, we know. You are astonished. See Snopes for details, we guess, but you know they're actually run by THE JEWS...

This is at least the second time that a completely imaginary nuclear attack by Barack Obama has been foiled, and that the wingnut email network has carried the news far and wide. It's got something to do with his plans to take all the guns and turn over the United States to the UN/Radical Islam/the Shriners or something. He is just the least competent nuclear saboteur to ever hold the position of Commander in Chief, isn't he?