We Are Beginning To Think Texas Really Hates Transgender People 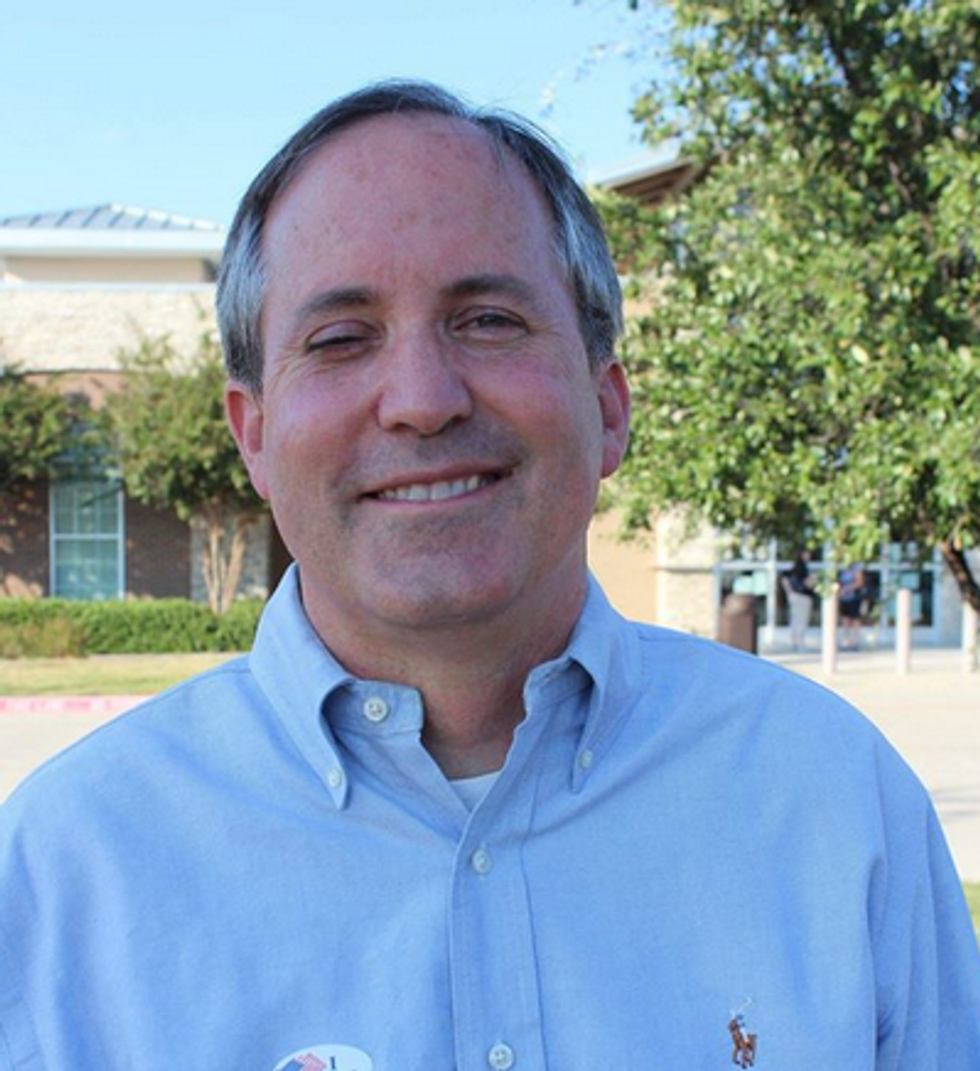 This week, we told you about a REALLY NICE Dubya-appointed judge in Texas, who issued a nationwide injunction against enforcement of the Obama administration's new guidelines on How To Be Nice To Trans Kids. We noted that he didn't rule on the merits, but simply was being a shithead, complaining that Obama didn't follow the proper protocols in issuing his guidelines, and besides, he's pretty sure Texas and all the other states feeling butthurt about their Sincerely Held Religious Beliefs will probably be able to defeat Obama in court.

[wonkbar]<a href="http://wonkette.com/605778/texas-a-hole-judge-makes-sure-americas-transgender-kids-treated-like-filth-the-way-jesus-intended"></a>[/wonkbar]That judge was Reed O'Connor. One of the primary plaintiffs in that lawsuit is asshole Texas Attorney General Ken Paxton, who is maybe a criminal possibly, in the "securities fraud" kind of way. But fuck all of that, let's talk about how transgender people are gross, because that's what Ken Paxton wants to talk about. Just after Judge O'Connor issued his order this week, Texas and a few other states, led by Paxton, decided to file another lawsuit, also in Judge O'Connor's court -- it's like they keep picking him for a reason! -- to deny healthcare for transgender people, yet again citing wingnut Christians' "religious freedom" to be fucking assholes who destroy people's lives.

The basic gist is this: The Department Of Health And Human Services (HHS) issued new regulations in 2015 regarding Obamacare (also known by its Christian name, "The Affordable Care Act") that say you cannot discriminate against trans folk in healthcare, including things related to transitioning. Because the American religious right is nothing if not melodramatic, this obviously amounts to grievous anti-wingnut discrimination (and probably also the Holocaust and Jim Crow times twenty). What if a fundamentalist Christian physician doesn't want to work with transgender people? What if he is a moron who thinks Jesus will make him go to hell with the communists and the homosexuals, if he does his fucking job?

These problems are laid out in the suit:

On pain of significant financial liability, the Regulation forces doctors to perform controversial and sometimes harmful medical procedures ostensibly designed to permanently change an individual’s sex—including the sex of children. Under the new Regulation, a doctor must perform these procedures even when they are contrary to the doctor’s medical judgment and could result in significant, long-term medical harm. Thus, the Regulation represents a radical invasion of the federal bureaucracy into a doctor’s medical judgment.

The new rules do not fucking say that doctors have to do things that go against their MEDICAL JUDGMENT. As Zack Ford at Think Progress explains, it simply "ensures that trans people can access medically necessary treatment in procedures, have those procedures covered by insurance, and have their gender respected in medical facilities." Big fucking whoop, right? So is the problem that Ken Paxton and the other plaintiffs -- religious organizations like the Christian Medical and Dental Associations (CMDA) and the Franciscan Alliance -- can't read? Meh, they probably can, but as we said, this is really more about conservative religious people getting their fee fees hurt when they're not allowed to discriminate against people they find gross.

Here's what comes soon after in the lawsuit:

The Regulation not only forces healthcare professionals to violate their medical judgment, it also forces them to violate their deeply held religious beliefs. [...] These religious organizations are deeply committed to the dignity of every human person, and their doctors care for everyone with joy and compassion. They eagerly provide comprehensive care to society’s most vulnerable populations, but their religious beliefs will not allow them to perform medical transition procedures that can be deeply harmful to their patients. Tragically, the Regulation would force them to violate those religious beliefs and perform harmful medical transition procedures or else suffer massive financial liability.

See how that volleys back and forth between "religious beliefs" and "harmful medical transition procedures" in hopes you don't notice how these piss-poor doctors are trying to say their medical expertise and their religious beliefs should carry the same weight? Oh, but according to them, THEY DO carry the same weight, because if their religion says something is bad, then it must be bad from a medical standpoint, right? To this end, as Zack Ford points out, the lawsuit completely ignores the actual mainstream medical consensus on transgender healthcare, published by the World Professional Association for Transgender Health (WPATH), and inserts its own wingnut-centric standards, published by the CMDA.

Zack directs us toward the CMDA's statement on transgender medical care, and oh boy, this is some shit:

In contrast to the current culture, CMDA believes that finding one’s identity within God’s design will result in a more healthy and fulfilled life. CMDA believes, moreover, that social movements which contend that gender is decided by choice are mistaken in defining gender, not by nature, but according to desire. Authentic personal identity consists in social gender expression that is congruent with one’s natural biological sex. CMDA recognizes that this traditional view has become counter-cultural; however, CMDA affirms that God’s design transcends culture.

That is so medical science-y! Would you be surprised to know that document, called the Transgender Identification Ethics Statement, cites approximately a million Bible verses, and no medical journals, studies or textbooks? WEIRD. It's just like those pharmacists who use their super-duper scientific knowledge of drugs to tell women that Jesus hates slut pills.

[wonkbar]<a href="http://wonkette.com/553135/here-is-all-the-worst-supreme-court-suck-on-the-hobby-lobby-ruling-for-ladyparts-only"></a>[/wonkbar]Is this reminding you of Hobby Lobby? It should, because it's like Hobby Lobby all over again, with the added bonus that instead of just denying contraception to women, it could literally deny transgender people medical care that has been deemed essential and life-saving by the ACTUAL mainstream medical community. (And just for reference, for those who think, "Well, just find a doctor who likes the transgenders," the fact is that people who are transitioning tend to need care from countless medical professionals, from shrinks to surgeons to primary care physicians to blood doctors and so on.)

Sure do hope everybody votes for Hillary Clinton in November, because we can't imagine what it would look like if this case made it to the Supreme Court after Donald Trump had a chance to fill an empty spot or two.