We Are Sorry, Mr. Trump, We Really Thought You Were Joking 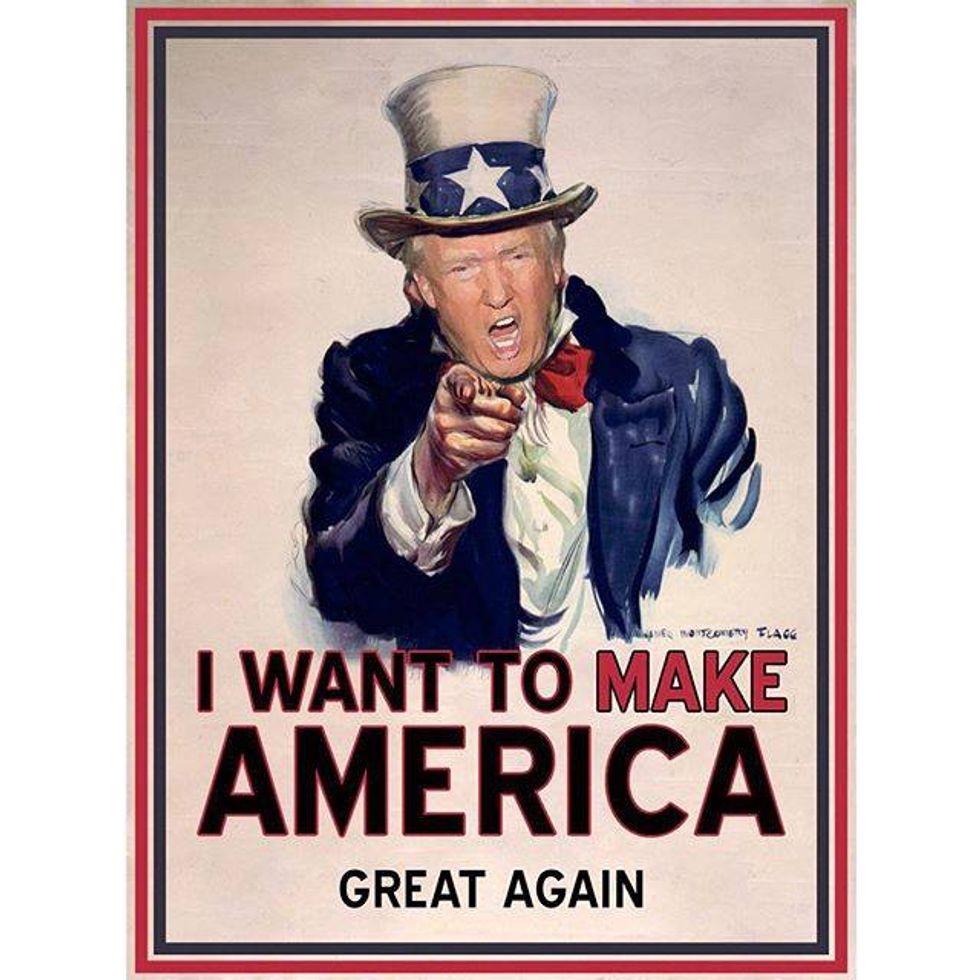 If only we'd known he meant it

It seems we, Yr Wonkette, owe one Mister Donald J. Trump an apology. For months -- nay, years -- we have mocked Mr. Trump's presidential aspirations as "fake." When he formed an exploratory committee in March, we smugly pronounced that he was merely "pretending he is really going to run for president this time." Even when he declared his candidacy, we rather sarcastically welcomed him to the race, and then very sarcastically referred to him as "Serious Presidential Contender Donald Trump."

But it seems we were wrong. Quite wrong:

For many Americans, the Trump presidential campaign amounts to a billionaire talking endlessly, and entertainingly, on television. But here in Iowa, it’s another story. Trump is trying to beat the politicians at their own game, building one of the most extensive field organizations in the Republican field.

The groundwork laid by Trump’s sizeable Iowa staff, with 10 paid operatives and growing, is the clearest sign yet that the unconventional candidate is looking beyond his summer media surge and attempting to win February’s first-in-the-nation caucuses.

Trump is even performing the obligatory Iowa ass-kissing, by attending the Iowa State Fair and paying homage to the "famed butter cow," although there is always the very real possibility that he will tell the assembled fried-on-a-stick local yokels that their "cows are small and scrawny."

More telling is the quite serious staff Trump has assembled in Iowa (campaign co-chair Tana Goertz, a LOSER from "The Apprentice," notwithstanding), to lead a quite serious, and terrifically clever, ground game:

The Trump campaign is targeting voters who may not have participated in a caucus before, modeling its strategy on Barack Obama’s 2008 Iowa campaign, which mobilized tens of thousands of new caucusgoers.

That is some smart strategizing, the kind you wouldn't expect from a candidate unless he actually intended to win. Which is why his rivals and their strategists are getting nervous about the whole thing:

“I see them as a major threat to all the other campaigns because of the aggressiveness of their ground game,” said Sam Clovis, a prominent Iowa conservative who leads former Texas governor Rick Perry’s campaign.

“You cannot swing a dead cat in Iowa and not hit a Trump person,” Clovis continued. “It’s unlike anything I’ve ever seen. . . . Every event we go to — the Boone County Eisenhower Social, the Black Hawk County Lincoln Dinner, the Boots and Barbecue down in Denison — the Trump people are everywhere with literature and T-shirts and signing people up."

Rick Perry, meanwhile, is all out of money and most likely won't even make it to the February caucuses. Which sort of raises the question of whether his man in Iowa has any idea what he's talking about. But it also reminds us that Donald J. Trump is a TEN BILLIONAIRE! and need not worry about running out of money, like, ever. For comparison, Very Serious Pundits ooohed and aaahed at the supposedly impressive $100 million Jeb Bush's super PAC raised in the first half of the year. But really, what's $100 million to a man like Trump? It's the spare change that falls out of his pockets and gets lost and forgotten under the sofa cushions when he is watching himself on TV, is what it is.

No wonder Trump's rivals are scared. They'd hoped his audacious attacks on John McCain (loser) and Megyn Kelly (girl loser) would allow them to point out to their base just how much they shouldn't want Trump to Make America Great Again. Jeb! Bush even called him an "asshole," though Jeb! is not nearly mas macho enough to admit he said it. But it turns out Republicans really want an asshole for president. Trump continues to surge beyond his GOP competitors, in all the polls, in all the states. The more obnoxious he is, the more the party loves him for it. And besides, when he's not telling people what stupid idiot loser haters they are, he can be a terrifically charming guy, full of praise and and warm adverbs:

On a Saturday in late July, Trump swept into Oskaloosa, a town of about 11,000, where he addressed an overflow crowd at the local high school as his bus sat parked outside. Wearing a salmon pink tie and dark suit, he gushed about the state.

“Whoa! Beautiful, beautiful,” Trump said. “It’s a terrific place, Iowa. Terrific! We just got in and I’m driving through these beautiful fields. I want to grab that corn like you’ve never seen. So rich, so beautiful.”

We don't want to imagine what Trump would like to do to that beautiful corn after he grabs it, but we do realize the error of our ways. Trump's presidential candidacy, it seems, is not a fake publicity stunt, to boost ratings or sell books. Trump is in it to win it. So while we may have previously joked that "we are absolutely ready to pretend we are #ReadyForTrump," we most humbly and sincerely apologize to him for laughing at his "fake" campaign that is apparently 100 percent real. From now on, we promise to laugh at him for his his Very Serious campaign instead.