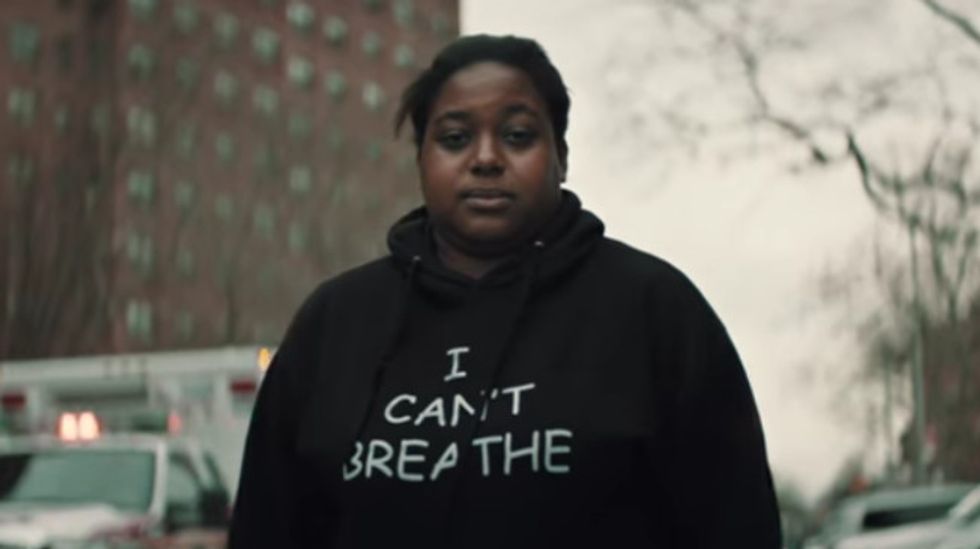 Erica Garner, the anti-police-violence activist, has been declared brain-dead. A new mother of a four-month old baby -- named Eric, for her father, who was choked to death by New York city cops for selling loosie cigarettes without a license -- she suffered a massive heart attack this week. The New York Daily News reports her family has been called in to be with her as she goes.

There is no way to separate Garner's death from our recent knowledge of maternal mortality in the United States, exposed in long, detailed reports from ProPublica. One particularly heart-rending installment of the series followed the life and death of Shalon Irving, a striving, perfectionist, overachieving epidemiologist for the Centers for Disease Control who was herself focused on researching our nation's Third World levels of black maternal mortality. While one doesn't need two doctorates to realize black women are going to predominantly bear the brunt of a lack of access to care -- let alone quality care -- the fact that a woman of such means would herself die shortly after having her baby left pretty much only one explanation, one that was well-fleshed out by ProPublica: The stress of everyday racism on black women's bodies, in combination with their pregnancies, is killing them.

Researchers call the stress on black women's bodies from a lifetime of racism and abuse "weathering." It affects poor women, middle-class women, the educated, the successful, the lieutenant colonels in the US Public Health Service. The same risks in pregnancy a white woman might have in her 40s start in a black woman's 30s, according to ProPublica, compounded by biases health-care providers may not even realize they have. Black women don't get proper pain medication; they aren't believed when they say something's "not right." When they die, they leave babies behind to be raised by bereft fathers and grandmothers. Shalon Irving's grieving mother will raise her daughter beautifully, but she will still, presumably, live in the United States of America.

Erica Garner watched her father murdered by agents of the state. Strangers abused her and screamed epithets at her every day since, and they aren't stopping now. Pieces of human filth didn't stop mocking her when she suffered her heart attack, as she lay in a coma. Her son Eric will live in the United States of America too.

Our society failed Erica Garner a thousand times. It is past time to FUCKING STOP IT.