Weekend Nice-Time: Here Have Some Gay California Weddings, Pfft, Whatever 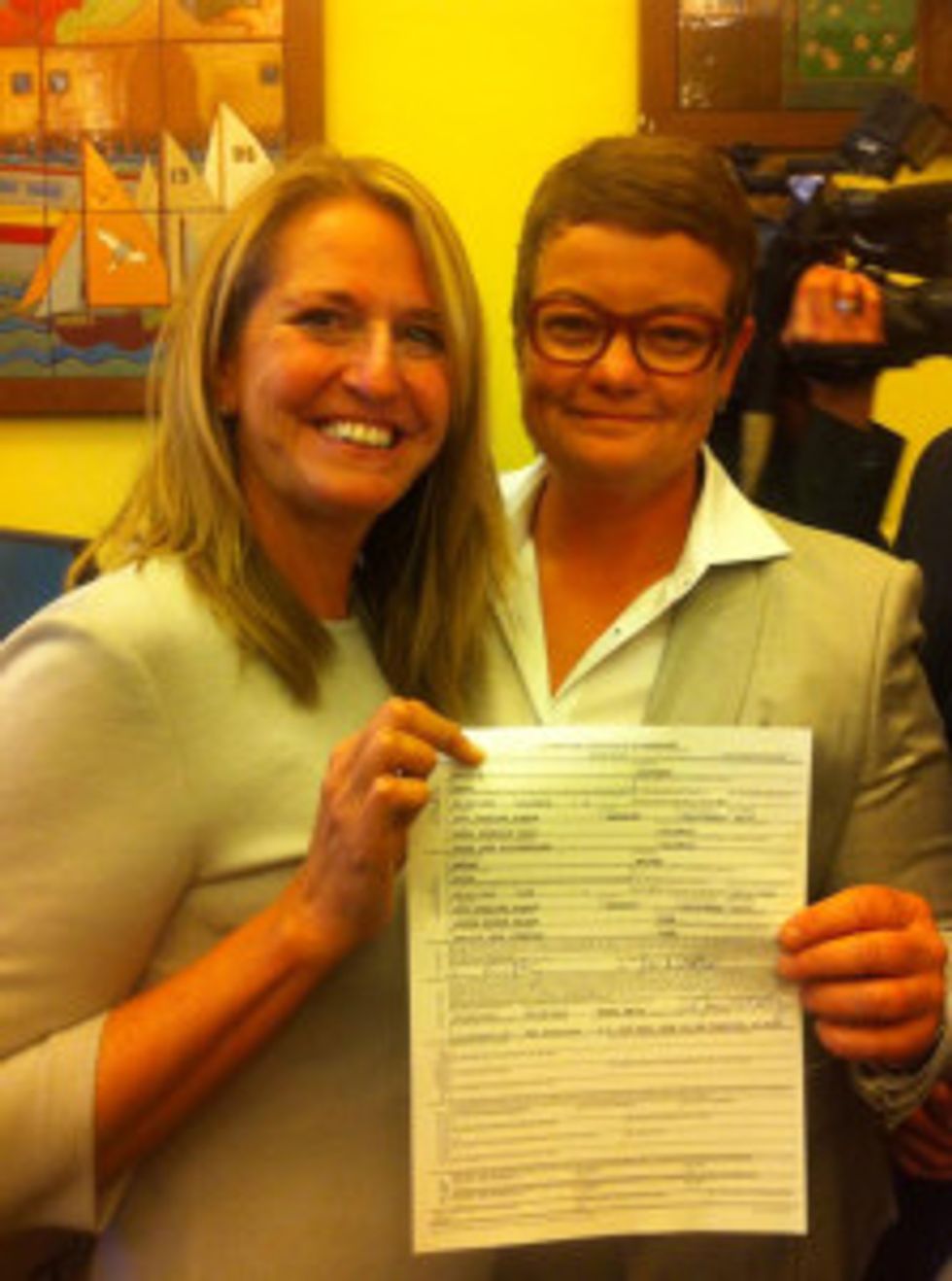 Friday afternoon, just hours after the 9th Circuit Court of Appeals lifted the injunction that had been in place while the Prop 8 case went to the Supremes, all four of the plaintiffs in the casegot married. The first wedding, for Berkeley couple Sandy Stier and Kristin Perry, was performed by California Attorney General Kamala Harris at San Francisco City Hall. About an hour later, plaintiffs Paul Katami and Jeff Zarrillo were married in a ceremony at Los Angeles City Hall presided over by Mayor Antonio Villaraigosa. In a disappointment for fans of a vengeful God, seismic activity in the state was no greater than normal.

The LA Times reports that a "spokesman for the U.S. 9th Circuit Court of Appeals had originally said it would takes the court at least 25 days to act after a Supreme Court ruling," but apparently somebody at the 9th Circuit must have asked why there was any good reason to wait, seeing as how they already had pens and stamps and a notary on hand already. Oh, and also, Harris had "called on the 9th Circuit on Wednesday to lift its hold on Walker's ruling immediately," which maybe moved things along too.

So Gov. Jerry Brown ordered the state's public health agency, which we guess runs the marriage bureaucracy or something,  to get the ball rolling and for counties to "begin issuing marriage licenses to same-sex couples in California as soon as the 9th Circuit confirms the stay is lifted." And lo, it was so. California's marriage licenses "already are gender-neutral," so no need to print up anything new there, either. Gay and lesbian couples started calling county clerks almost immediately after the SCOTUS decision on Wednesday, and California can now look forward to a flurry of economic growth in the marital-industrial sector.

And all evening Friday, the air was full of the sounds of champagne corks popping, with the occasional muffled tones of wingnut heads asploding. Just look at this pic of San Francisco City Hall, from Jezebel: